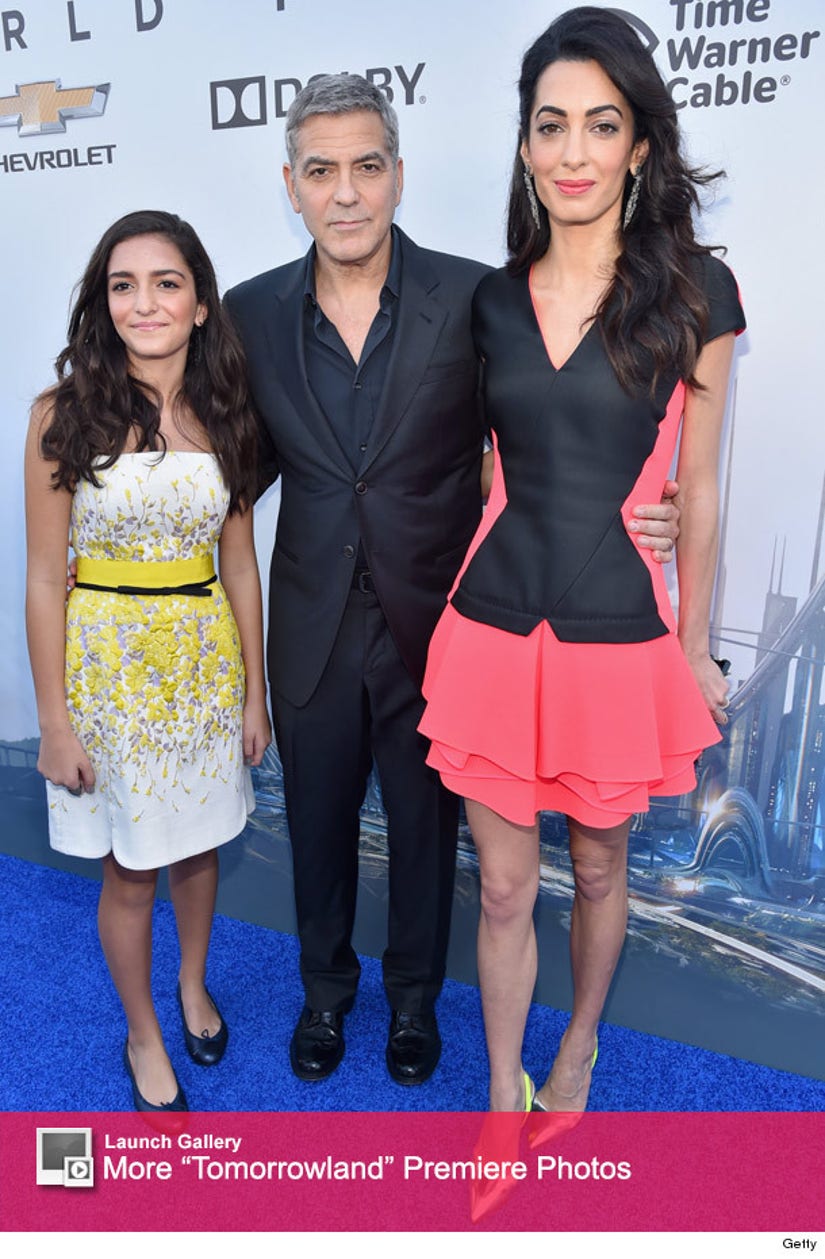 The hunky 54-year-old may be one of Hollywood's top leading men, but that's not his only skill -- turns out the star can spit some impressive rap game!

During a press conference for his new film "Tomorrowland" Clooney opened up about his hidden talent and revealed that his "secret" rap skills aren't much of a secret at all!

"My rapping skills are well known, in fact many of the great rappers today have fashioned their styling's from me," he joked. "I was 18 when The Sugarhill Gang hit the scene and it's funny because I'm literally at the oldest age of anyone who knows those songs."

"I still sing them once in a while to entertain the troops when they think, 'Gosh we're in the water, it's cold, we're shooting fourteen hours, we've been out all night, it's terrible.' They think what could be worse, then I rap." 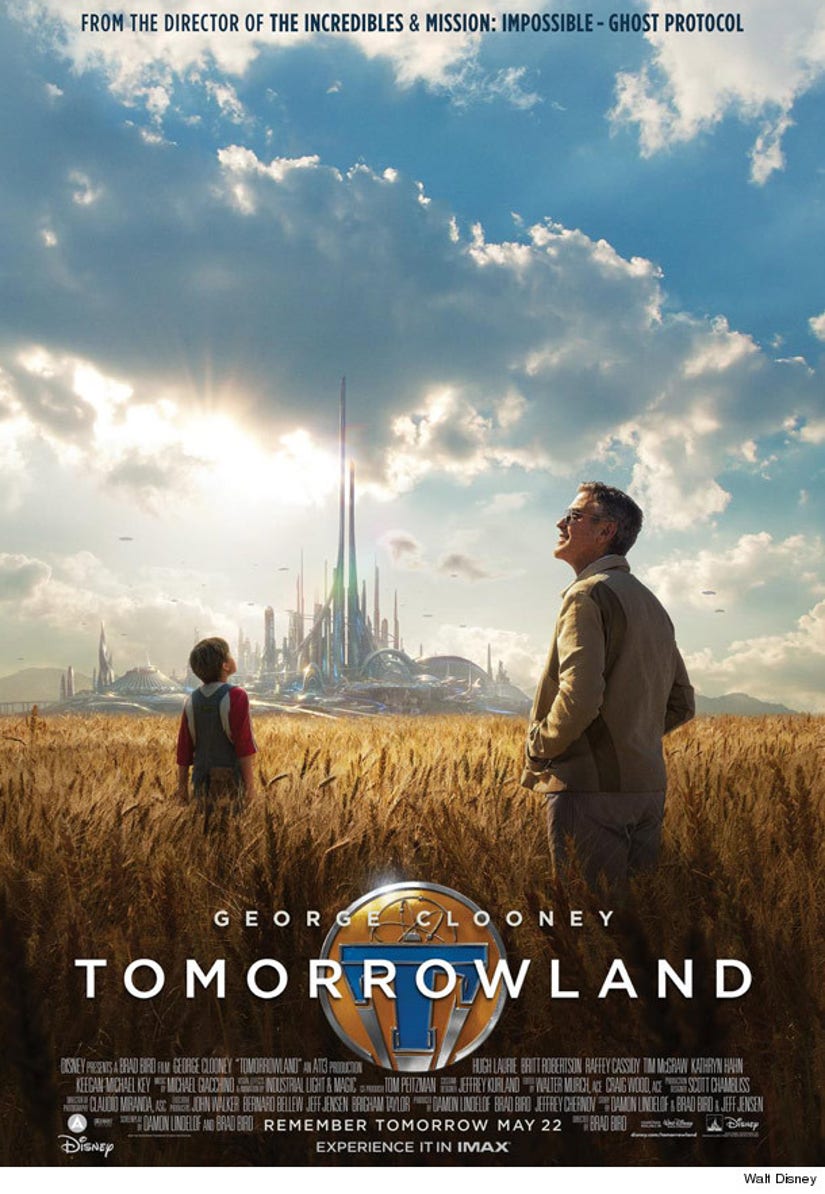 The film follows precocious teen Casey (Robertson) and former boy-genius Frank Walker (Clooney) as they embark on a journey together to unearth a mysterious place in the future that holds the key to saving the world.

Although the film is a science-fiction flick, "The Monuments Men" director revealed that he was able to relate to his optimistic-turned-cynic character thanks to his childhood growing up during the Cold War.

"I grew up in an era where the voice and the power of the one really did feel as if it mattered," he explained. "We had the riots that were reminiscent of the things that we're looking at today but we had the civil rights movement, and Vietnam, we had women's rights movements and all those things you felt you could actually have some part of changing." 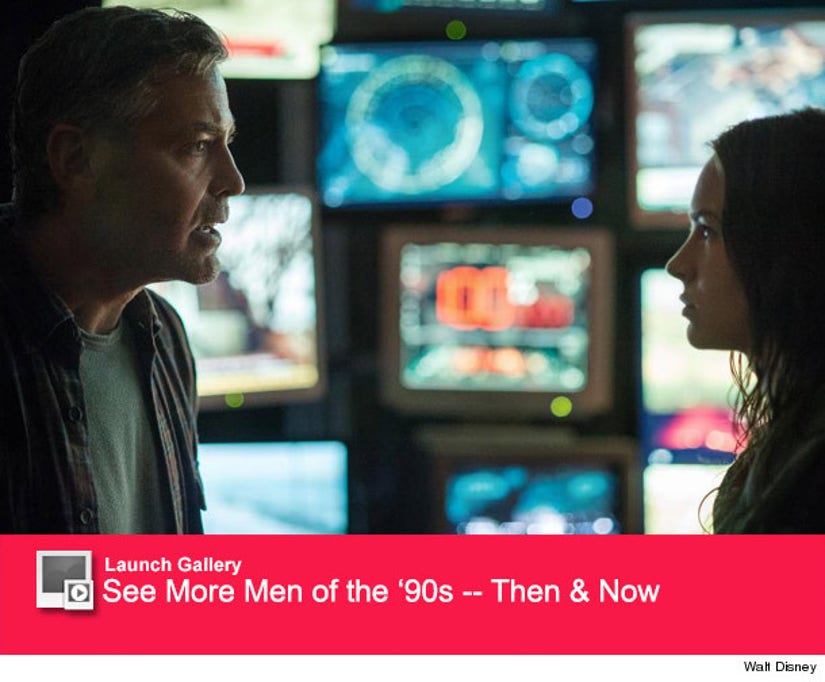 "If you looked at the things that changed, the individual voices did make a huge difference! It wasn't governments doing it, so I didn't ever have that great disappointment in mankind," he continued. "What I loved about the film was that it reminds you that young people don't start out their lives cynical, angry or bigoted, you have to be taught all those things. I watch the world now and I see really good signs from young people out there and feel as if the world will get better. I'm an optimist, I'm a realist but I'm an optimist." 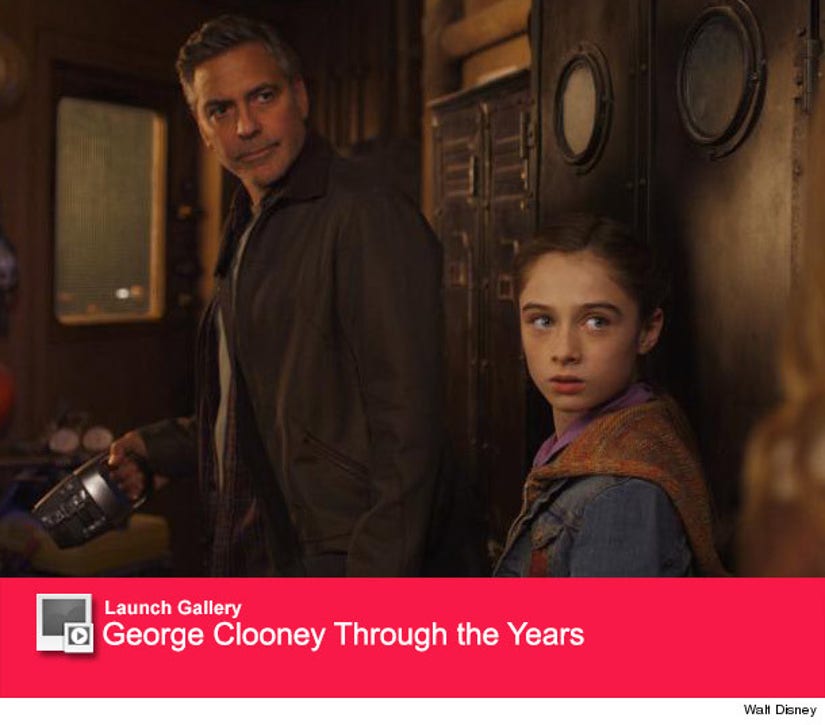 That optimistic attitude is easy to see especially when it comes to George's numerous humanitarian efforts. When asked about how he contributes to help make the world a better place, his response was simple.

"In this line of work where there's a lot of attention focused on you that you don't really need, you try to just turn that focus on places, obviously that matter to me like sub-Saharan Africa," he explained.

"I've been involved in lots of those things, and there's an awful lot we all have to do to participate and try as much as possible. We're not policy makers, so what we try to do is shine a light on people who really don't get light shone upon themselves."

What do you think of Clooney's candid comments?

Sound off below and be sure to catch "Tomorrowland" when it hits theaters May 22!