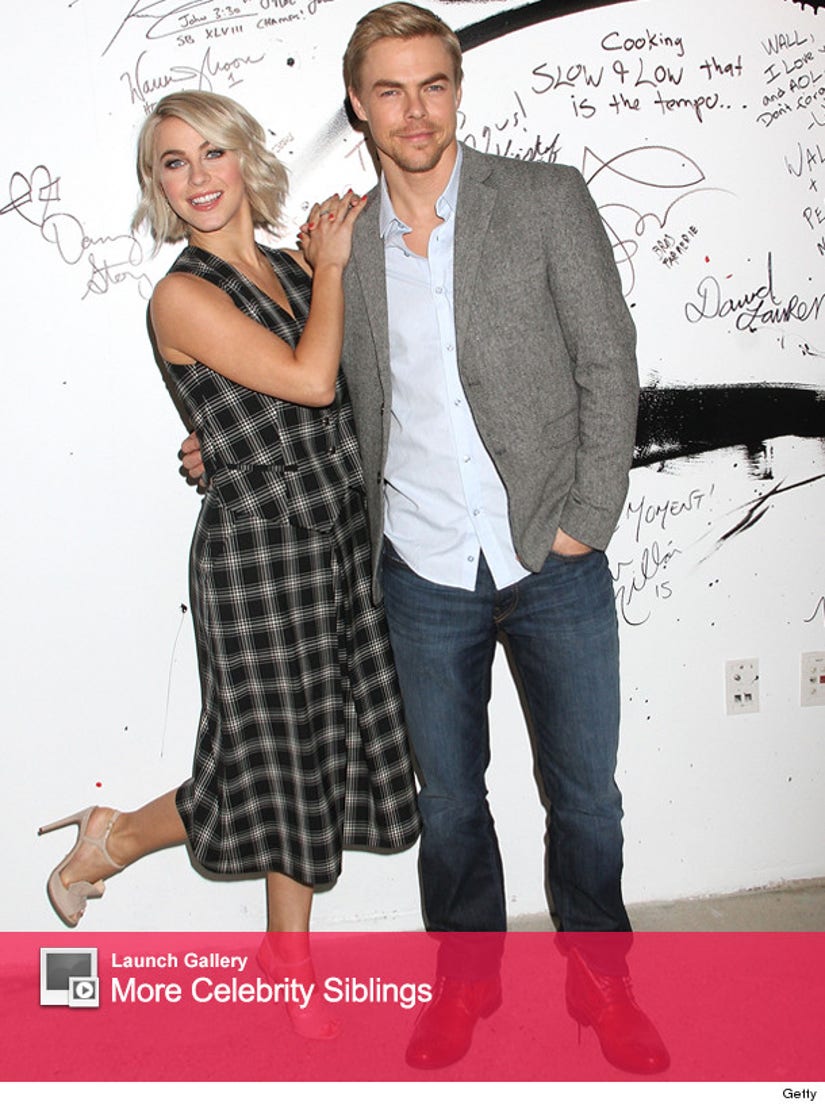 This is Julianne Hough like you've never seen her before!

The "Dancing With the Stars" judge puts on a super sexy performance on this week's episode of Spike TV's "Lip Sync Battle," that leaves her brother, Derek Hough, cringing.

In the sneak peek, fans can see the blonde bombshell getting down to a racy version of "I Just Had Sex" by The Lonely Island.

Sporting a pair of booty shorts with a cropped sweater and over-the-knee boots, the dancing pro bumps and grinds with two shirtless back-up dancers.

Derek may be used to doing a bit of dirty dancing himself, but he was shocked to see his sister mouthing the filthy lyrics like "It felt so good when I did it with my penis."

He even covers his eyes and ducks his head to avoid seeing Julianne's raunchy rendition -- check out the hilarious clip for yourself!

Do you think Derek can top this one? Sound off below!