Britney Spears is giving us flashbacks to her "TRL" days in the new music video for "Pretty Girls," where she dances her butt off alongside Iggy Azalea.

The premise of the film is straight outta "Earth Girls Are Easy," with Iggy's alien character crash landing into Britney's pool in the San Fernando Valley.

A makeover and some linguistic lessons later, Iggy's a full blown Valley Girl -- as both singers don wild '80s getups as they cruise along Ventura Boulevard.

Cringeworthy acting and product placement aside, this might be one of Britney's best videos in recent years, or at least the most fun. She seriously looks like she's having a good time here ... and, for someone who doesn't dance as well as she used to, she's killing it here.

"I love her work and I had an idea to do like a really girl power, fun Valley girl video," Britney told Ryan Seacrest about working with the Aussie rapper. "So you know, we got a great song that totally made sense to do that and we just worked it out."

The two are set to perform the song on the Billboard Music Awards this Sunday night -- and we'll be covering the show all night long on toofab.com.

What do you think of the new video? Sound off below! 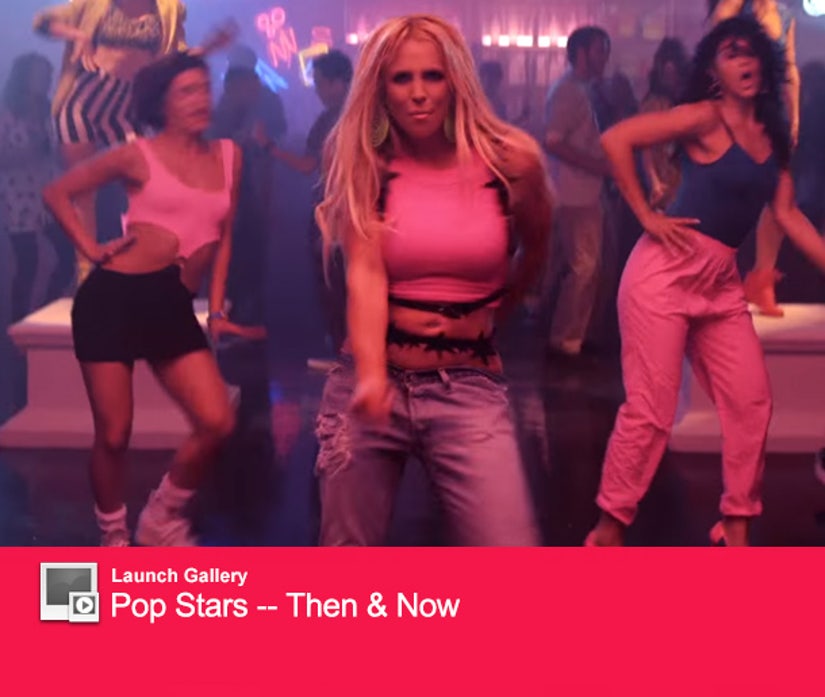