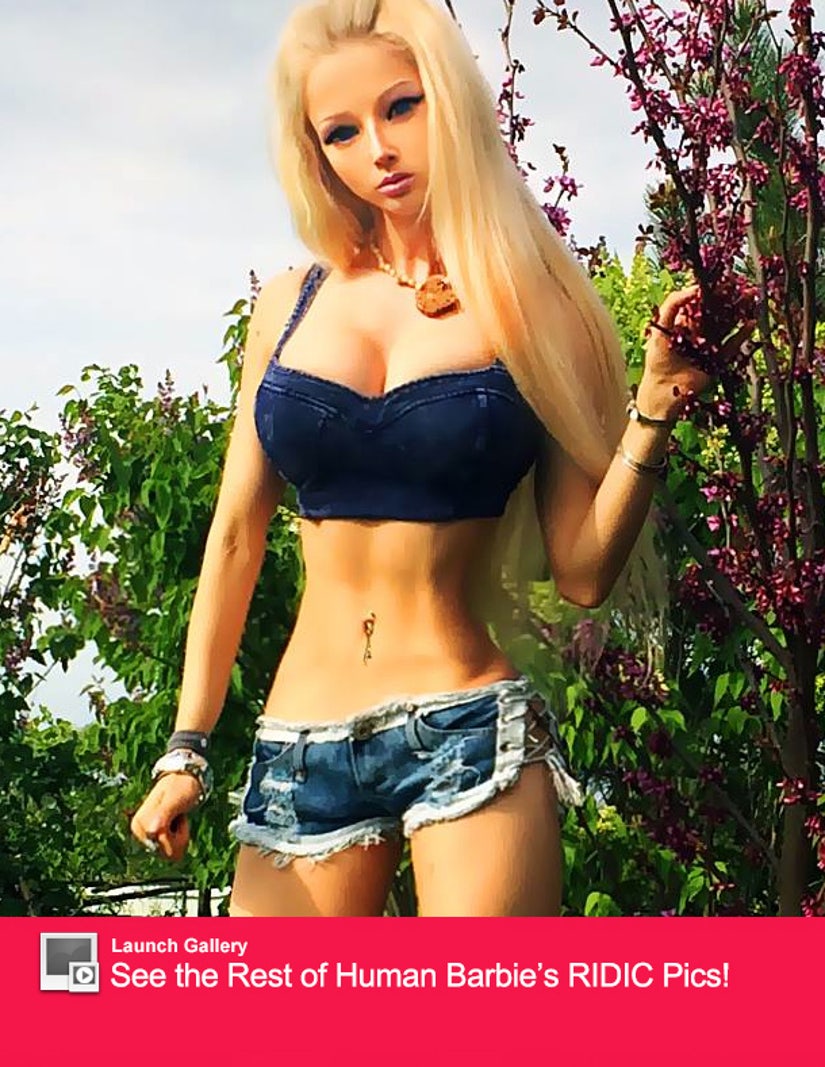 It's been a while since we've checked in with so-called "Human Barbie" Valeria Lukyanova ... but man, she somehow managed to make herself look even more unrealistic than before!

The Ukrainian model shared some new workout snaps on social media this month that have everyone talking again, as she showed off some brand new abs on her already-unbelievably tiny stomach.

While it's hard to take her word for it, the 29-year-old shot down rumors she digitally alters her pics or enhanced her body through plastic surgery in an interview with V Magazine in 2012.

"Many people say bad things about people who want to perfect themselves," she said at the time. "It's hard work, but they dismiss it as something done by surgeons or computer artists. Some people even spread rumors about me and retouch my pictures to hurt me. But I don't take them seriously. I'm even flattered! It's what success is like. I'm happy I seem unreal to them, it means I'm doing a good job."

In another interview, she did admit to having implants, but that's it.

She also started a bit of an online firestorm in 2014, when she made some racist remarks in another rare interview with GQ.

"Ethnicities are mixing now, so there's degeneration, and it didn't used to be like that," she said last year. "Remember how many beautiful women there were in the 1950s and 1960s, without any surgery? And now, thanks to degeneration, we have this."

Check out more ridiculous photos of Valeria in the gallery above -- and click here to meet her nemesis, another Barbie-lookalike who claims she's never been under the knife.