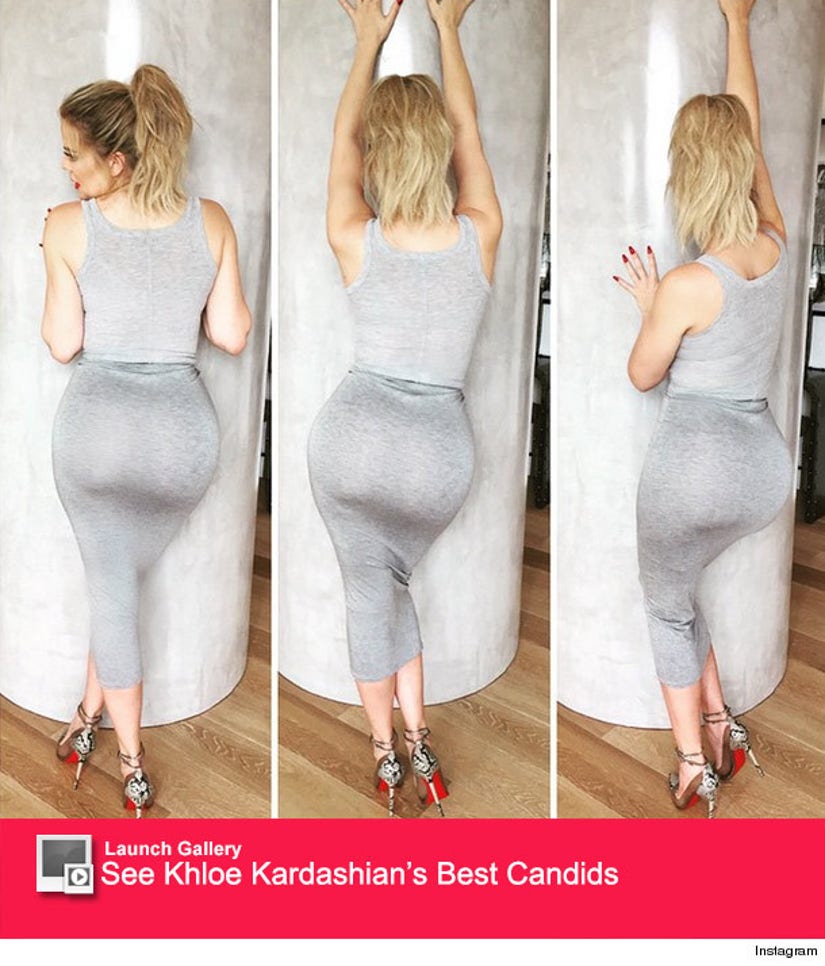 All that time in the gym is paying off!

Khloe Kardashian put her bangin' booty on display on Tuesday, stepping out outside the Los Angeles Dash store in a skintight gray dress that left little to the imagination.

The "Keeping Up With The Kardashians" star paired her figure-hugging ensemble with snakeskin pumps, a high ponytail and a killer red lip.

Khlo also took to Instagram to show off her backside from three different angles as she stood against a white backdrop.

The 30-year-old beauty clearly is proud of her famous asset, and she's worked hard to tone up her enviable bod.

Not only does she hit the gym with celebrity trainer Gunnar Peterson, but she recently spilled the secret to getting a perfect derrierre.

On Sunday's "Keeping Up with the Kardashians," Khloe got her butt lasered as sisters Kim Kardashian and Kendall Jenner watched!

It might just be jealousy, but Kim even threw some shade at her sister's big booty.

"What do you think we're doing?" Khloe responded. "We're trying to make it smaller!"

Check out the clip above to see the sibling rivalry in action!

Who you think has the better booty -- Khloe or Kim? Sound off below.