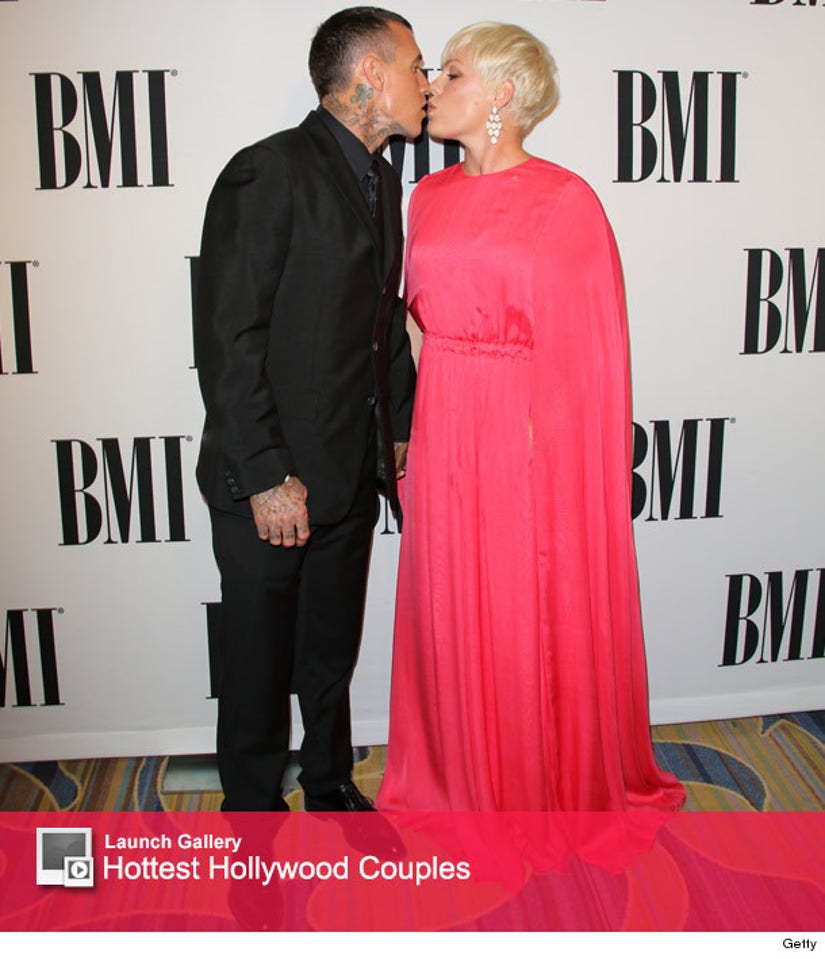 P!nk was definitely felling her namesake Tuesday night, when she donned a rosy dress for the BMI Pop Awards in Beverly Hills, California.

The star donned a flowy gown with build-in cape, accessorizing with chandelier earrings and natural makeup. The "Just Give Me A Reason" songstress made it date night at the event with her motocross rider hubby, Carey Hart, as the adorable couple shared a kiss while walking the red carpet.

We think the star has never looked better, but unfortunately the 35-year-old has had to shut down weight-shaming critics just last month.

Back in April, the star showed off her curves in a chic black dress -- but some Twitter users claimed the star had "packed on the pounds." 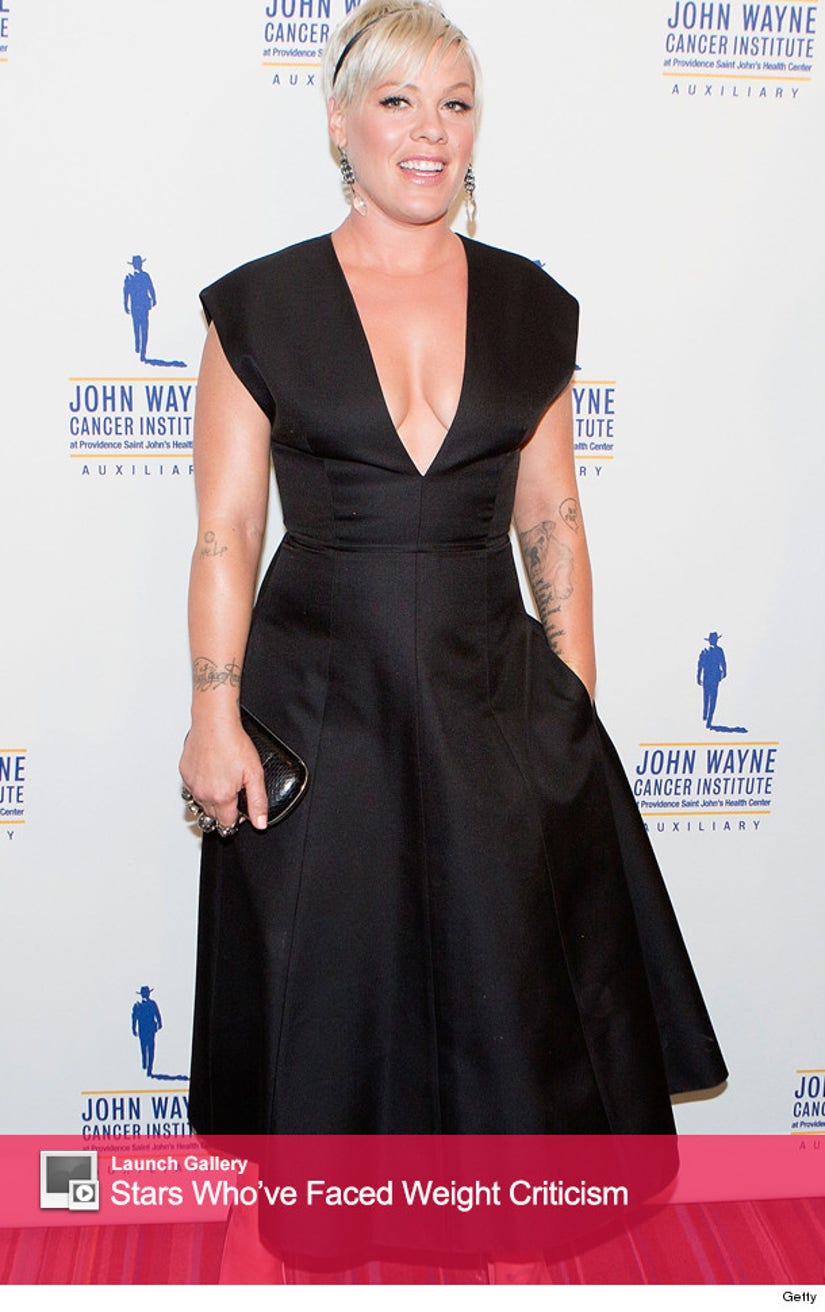 The pop-star slammed her haters via her Twitter page.

"I can see that some of you are concerned about me from your comments about my weight," she wrote in reference to her appearance at John Wayne's 30th Annual Odyssey Ball. "While I admit that the dress didn't photograph as well as it did in my kitchen, I will also admit that I felt very pretty. In fact, I feel beautiful."

Last night, Pink was asked about why she decided to speak out.

What do you think of P!nk's pretty pink look? Sound off below then click "Launch Gallery" for more stars who've battled weight criticism!