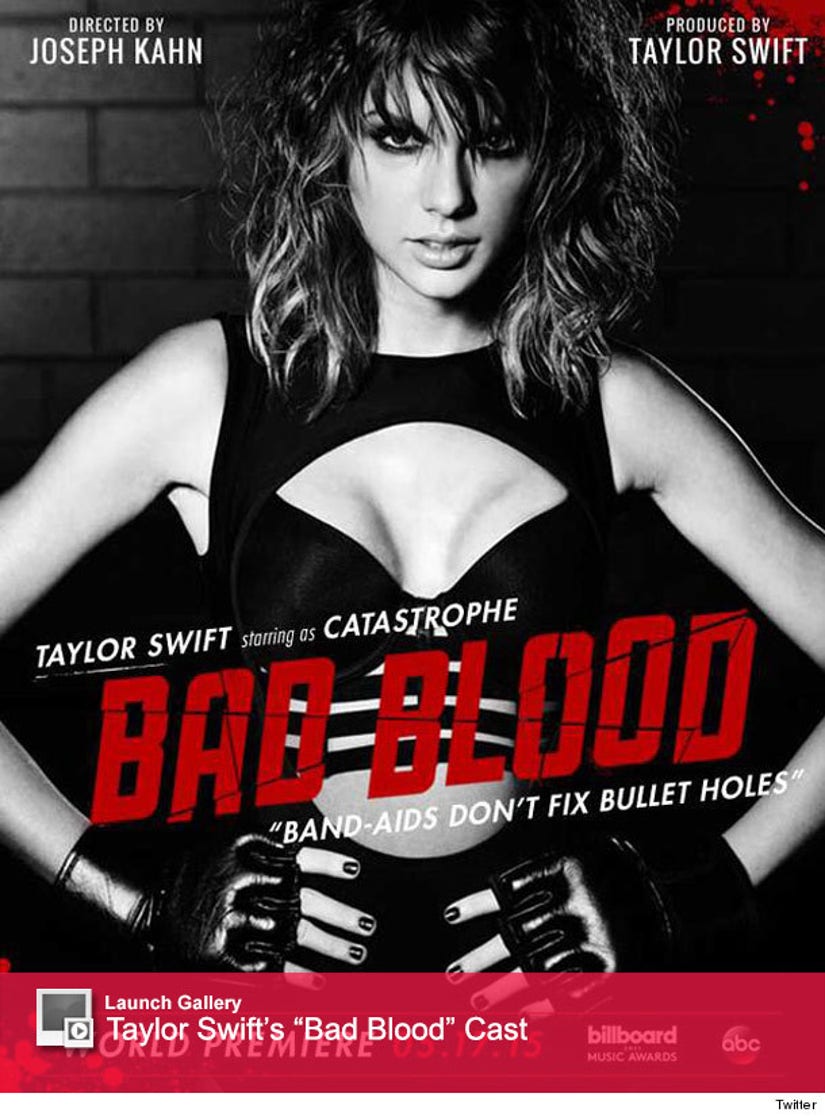 In the photo, Swift strikes a sultry pose for the camera wearing a black crop top and high-waisted leggings. Taylor completes her look with leather gloves, a smokey eye and wet tousled waves.

"Catastrophe vs. Knockout #BadBloodMusicVideo," the singer captioned the sexy shot.

The "Blank Space" songstress has been teasing her music video for the last two weeks with similar shots of her super famous pals, who all appear alongside Swift.

Lily Aldridge will appear in the music video as "Frostbyte," Zendaya as "Cut-Throat," Hayley Williams as "The Crimson Curse," Gigi Hadid as "Slay-Z," Ellie Goulding as "Destructa X," Hailee Steinfeld as "The Trinity," Lena Dunham as "Lucky Fiori," Jessica Alba as "Domino," Kendrick Lamar as "Welvin Da Great," Serayah as "Dilemma" and Karlie Kloss as "Knockout."

And judging from Swift's latest "Sin City"-esque poster, she'll be going to go head-to-head with her model BFF!

Taylor's also enlisted Joseph Khan to direct the mini-movie and has named herself as the producer. Kahn lasted worked with Swifty on "Blank Space," so we can't wait to see what they've come up with this time!

We're definitely looking forward to seeing all these stars in action when Taylor's "Bad Blood" video drops May 17th at the 2015 Billboard Music Awards -- what do you think about Swift's sexy look? Sound off below and click "Launch Gallery" above to see the entire cast of "Bad Blood"!