It's been 11 years since Jonathan Bennett stole Lindsay Lohan's heart in "Mean Girls," and he gets reminded of this role every ... single ... day.

toofab's Candice Brock caught up with the actor at the 3rd Annual Reality Show Awards on Wednesday night, where they reminisced about his character -- the dreamy Aaron Samuels -- in the uber-popular high school flick.

While it's been over a decade since the hunky leading man was stuck in a love triangle between Cady Heron (Lohan) and Regina George (Rachel McAdams), fans can't seem to forget one infamous line from the movie.

"Fans come up every single day and say, 'Oh your hair looks sexy pushed back,' and I love it," he told us. "Someone said, 'What's it like to have that happen?' I don't know what it would be like to have someone come up and not ﻿reference 'Mean Girls' every day. Every single day." 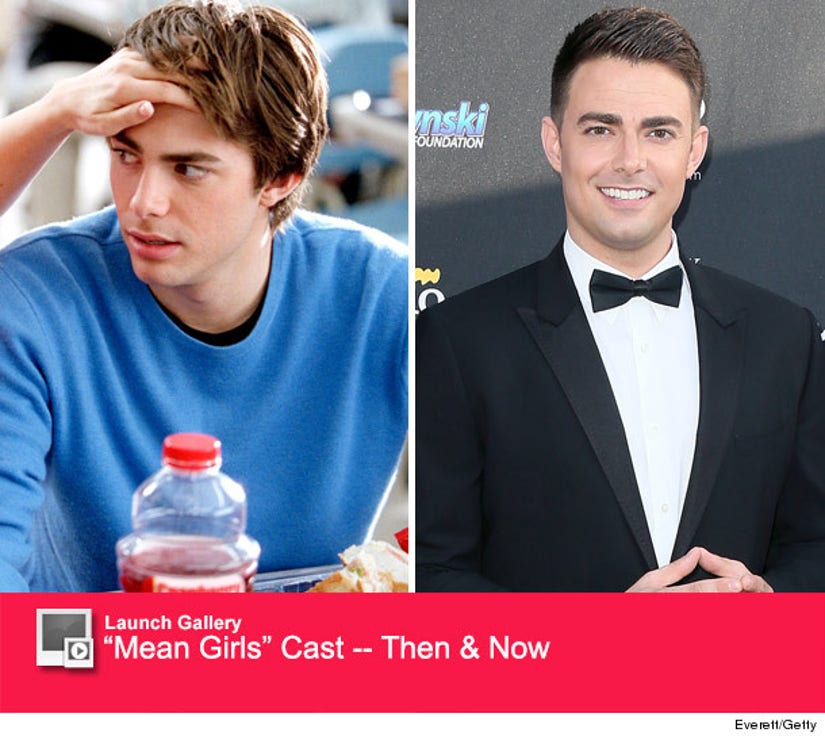 The "Dancing With the Stars" alum said he's still surprised by the success of the movie. "It's the biggest phenomenon ever in the history of film," he joked. "I don't know how it keeps going. Everyone has been to high school and everyone relates to it."

Check out the clip above to find out what Jonathan thinks his character would be doing today, and see who he predicts will take home the mirror ball trophy on "DWTS" this season!