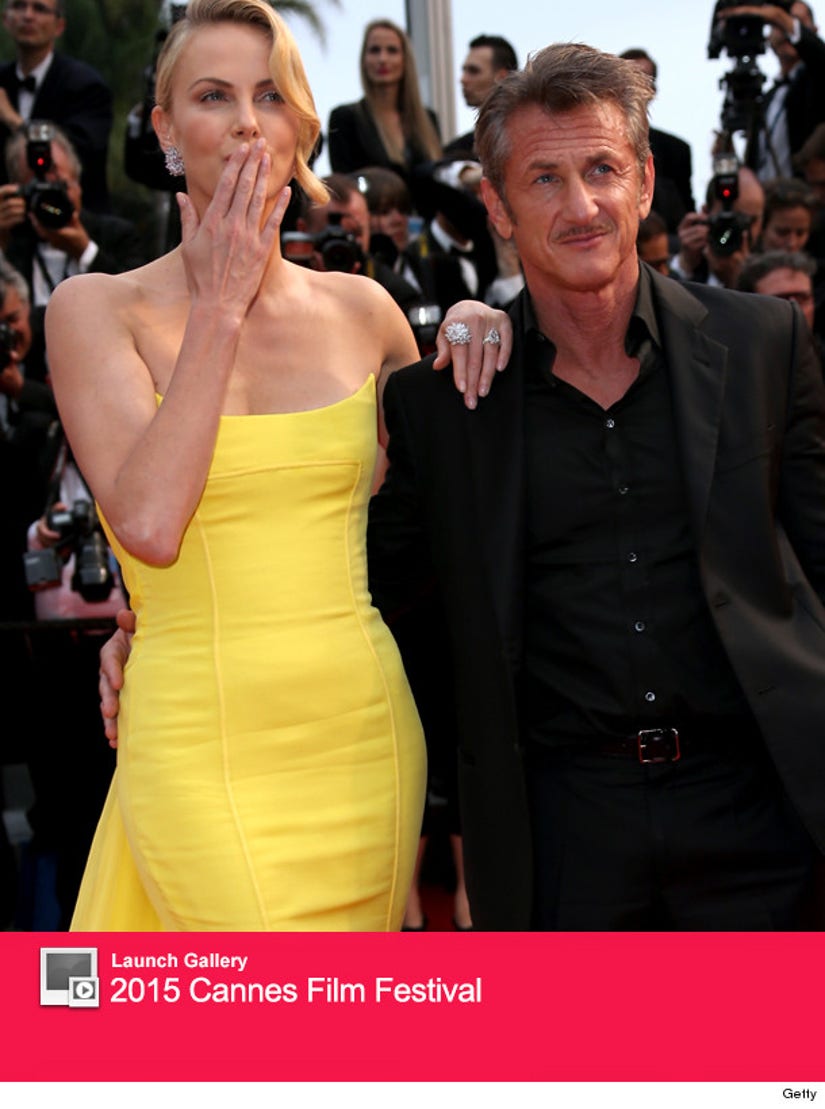 Did Sean Penn pop the question?!

Charlize Theron caused quite a stir on the red carpet at the "Mad Max: Fury Road" premiere at the 2015 Cannes Film Festival on Thursday, when she stepped out wearing a massive teardrop diamond engagement ring from Chopard on that finger.

The stunning actress paired her dazzling bauble with a yellow Christian Dior Couture gown, which she styled with a loose updo, more Chopard jewels and her beau on her arm. 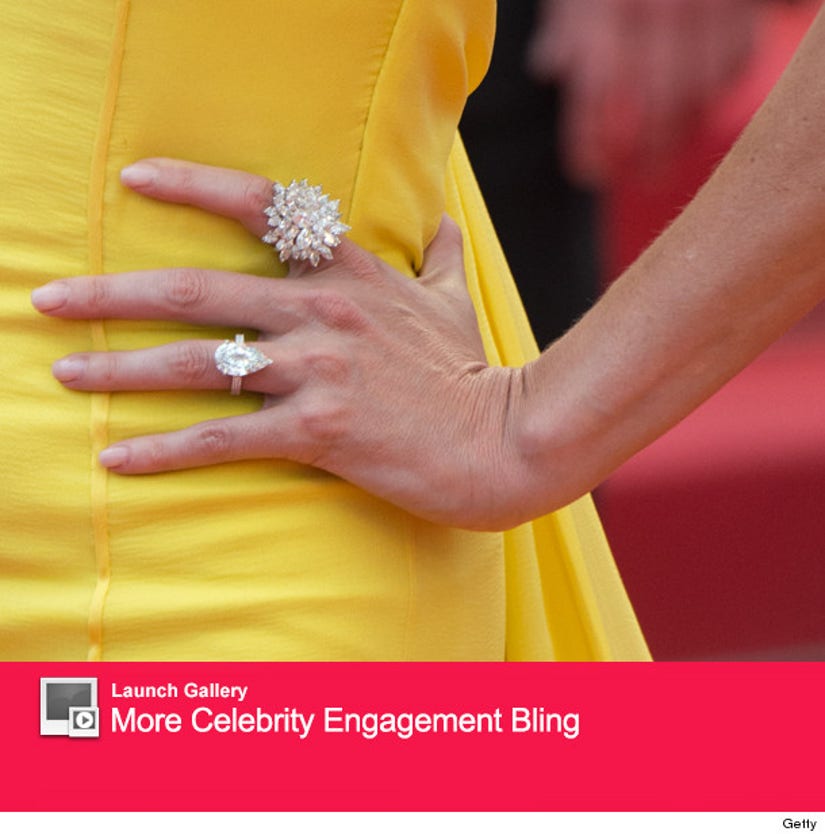 Charlize even showed off the diamond stunner by putting her left hand on her hip and throwing her arm over Sean's shoulder, perhaps trying to tell us something?

The pair has been dating for more than a year and reportedly got engaged over the holidays.

According to Chopard's website, this ring is technically an engagement ring. toofab reached out to the actress' rep for a comment about the possible upcoming nuptials, but we haven't heard back.

Do you think they're ready to get hitched? Sound off below!