Lydia McLaughlin and Alexis Bellino aren't official members of the "Real Housewives of Orange County" family anymore, but that isn't stopping them from throwing some shade at their former castmates!

toofab's Candice Brock caught up with the ladies at the 3rd Annual Reality TV Awards on Wednesday night, where they both seemed to mock Tamra Barney.

When we asked if the former reality stars had seen the drama-filled promo from Season 10 of the Bravo show, they took subtle jabs at Tamra's baptism.

"I just hope that her actions stay true with what baptism really means," Alexis said. "From what I've heard from certain cast members, her actions have not."

"That's between her and God," her husband, Jim Bellino, chimed in. 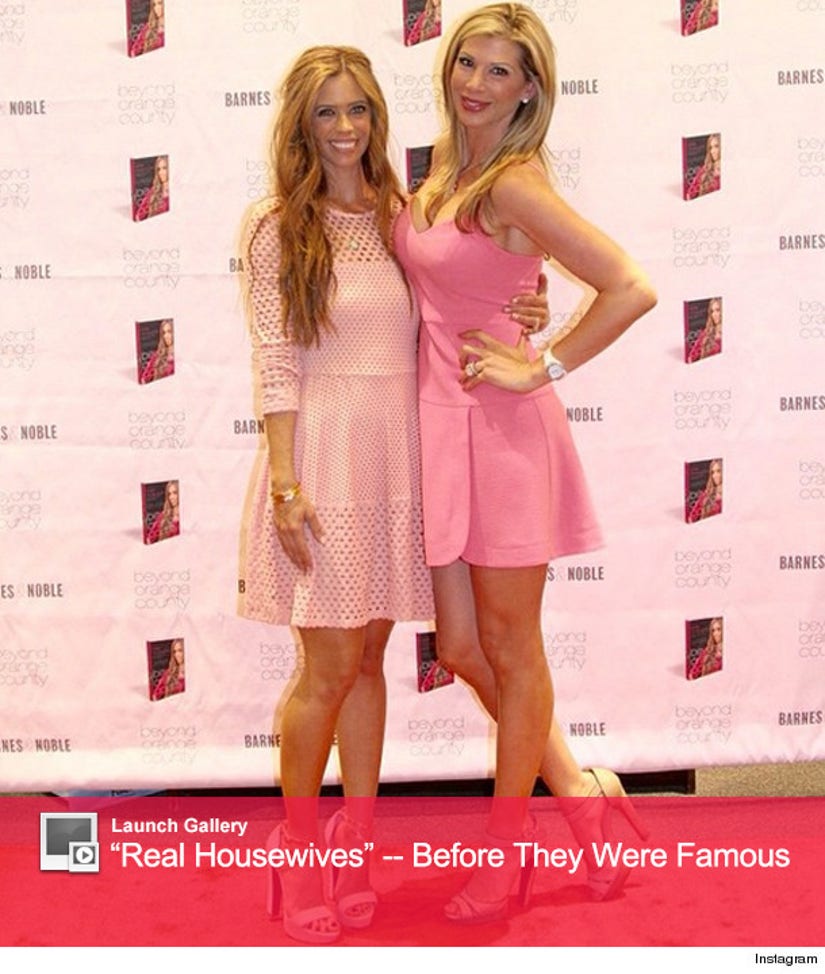 "I just wrote a book, 'Beyond Orange County,' about my faith," Lydia explained. "Now that Tamra got baptized, I'm wondering if she read my book and got inspired!"

All joking aside, Alexis wanted to set the record straight about rumors that Brooks Ayers is faking his cancer diagnosis.

In the trailer, new housewife Meghan King Edmonds causes a stir by claiming that Vicky Gunvalson's boyfriend isn't telling the truth about his health.

"100 percent, there is no way anybody could fake that," Alexis declared. "He is sick, and he's fighting for his life. How dare anyone try to make a joke of that! He needs prayer, not jokes."

Check out the clip above to find out if Alexis and Lydia want to come back to "RHOC," and watch the trailer for the new season below ... it's filled to brim with fake funerals, major breakdowns and topless swimming!