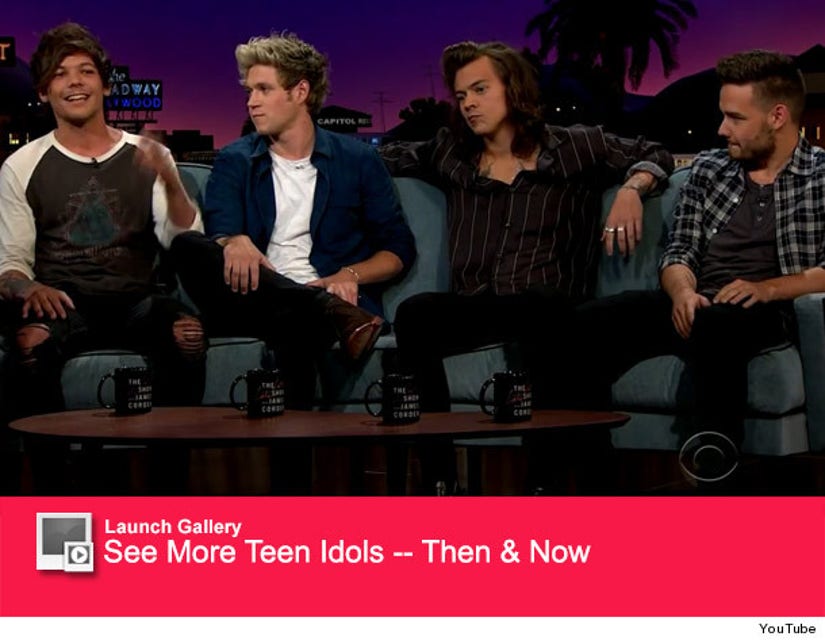 The boys of One Direction are setting the record straight about Zayn Malik's abrupt departure from the band.

"Are you in touch with him?" host James Corden asked. "Have you spoken to him?"

"I mean, yeah, there's been a bit of back and forth," Tomlinson said, subtly referring to his Twitter feud with Zayn and producer, Naughty Boy. "I think we're on good terms with him."

"I've never been very good at biting me tongue," Louis admitted. "Maybe I get it off me mom. It's just one of those things. Twitter's great for connecting with the fans, but also if you feel like saying something you probably shouldn't, it's also good for that as well—or bad in this case."

Tomlinson promised it's "resolved itself" since then. "It's all good in the hood."

Liam also opened up about losing a band member, revealing that things had been rocky between them all for a while.

"At first we were a little bit angry. We were surprised, but I think we all knew the general vibe that Zayn was feeling," he said.

"There were certain parts of this job that Zayn loved and certain parts of the job that he didn't. If you don't like your job, you've got to follow your heart sometimes and go where you need to go. There's no argument with that," Payne continued. "We were angry at first, but then it was just a bit more disappointing. We wish him the best of luck with whatever he gets up to. There's no hard feelings."

Nial added that the band never considered breaking up after Zayn left. "The four of us love every part of it. The shows have been great, the tour, and the fans deserve it. They've been absolutely fantastic to us," he said. "We're looking forward to bring out a new record."

Watch the video above to see if Harry thinks they should bring in another band member!

After the four singers opened up about their future, it was time to have some fun -- check out the clip below to see them play a hilarious game of dodgeball with Corden!