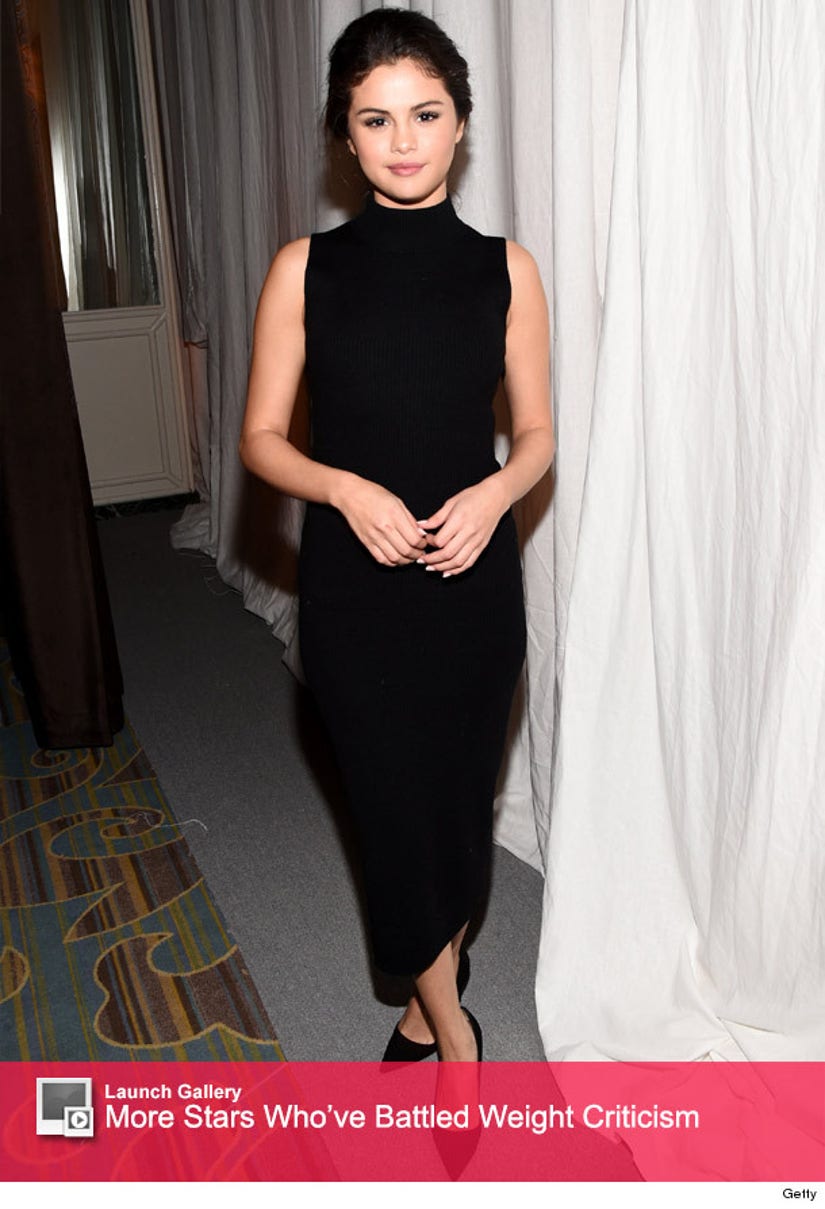 It hasn't always been easy for Selena Gomez.

The 22-year-old singer did a Google Hangout on Wednesday in Berlin -- to debut her new collection for Adidas NEO -- where she opened up about dealing with the weight criticism she faced after she debuted a curvier figure.

"Bullying. I'd get rid of bullying," Justin Bieber's ex declared. "People are so mean, it's exhausting."

While the former child star appears to have it all, she admitted that life can be tough sometimes. "I think life is very, very, very hard and I've never had anything come super easy to me no matter what people may think, and I continue to be the best I can be and I just want to enjoy it," she added.

The Q&A session certainly had its philosophical moments: One fan even asked Selena what the "meaning of life" was for her!

"If you're good and you're kind to other people and you work hard and you're actually doing something with your life, I think that's so fulfilling," she said.

So, when can fans expect to hear new music from the pop star?

"So I've been working in Mexico—I've been in the studio constantly, and I'm so anxious for you guys to see everything and hear everything," Selena teased.

Check out the full interview above -- what do you guys think of Selena's candid comments? Sound off below!