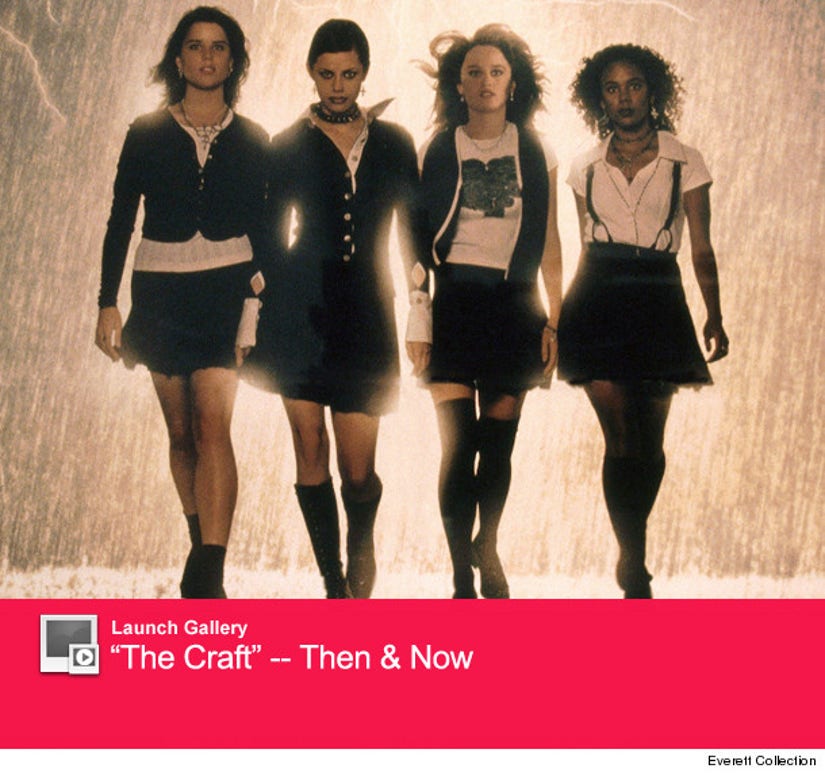 Our favorite group of "weirdos" are coming back to the big screen, now that a confirmed remake of "The Craft" is officially in the works.

Sony is reportedly working on a reboot of the '90s cult classic starring Neve Campbell, Fairuza Balk, Robin Tunney and Rachel True as a group of teenage witches. Leigh Janiak, who directed the thriller "Honeymoon" and an episode of the upcoming "Scream" series for MTV, will helm the flick.

Fans were immediately skeptical of the news, taking to Twitter to share their distaste -- but they weren't alone.

5 Freaky Facts About "The Craft"

One of the stars herself, Fairuza Balk, also sounded off on her official account and it doesn't sound like she wants anything to do with it.

"You guys are so sweet," she tweeted about the fan support. "It doesn't surprise me much. Sony made a lot of money off the craft & obviously see it as a way to make more."

"Personally I don't care for the idea of remakes," she continued. "There are great scripts & ideas out there that have yet to be made!"

So far, Neve and Robin have kept quiet about the new film, but Rachel True -- who just reunited with Campbell and Skeet Ulrich just last week -- tells toofab that she wishes the filmmakers the best of luck.

"It's great to've been involved in a project that still resonates and invokes such passionate responses," she tells toofab. "I say good luck to them and good luck casting a Nancy that comes close to the amazing Fairuza Balk!"

It's true, whoever plays Nancy has A LOT to live up to!

Who do you think should play the four ladies in the new flick? Sound off below!