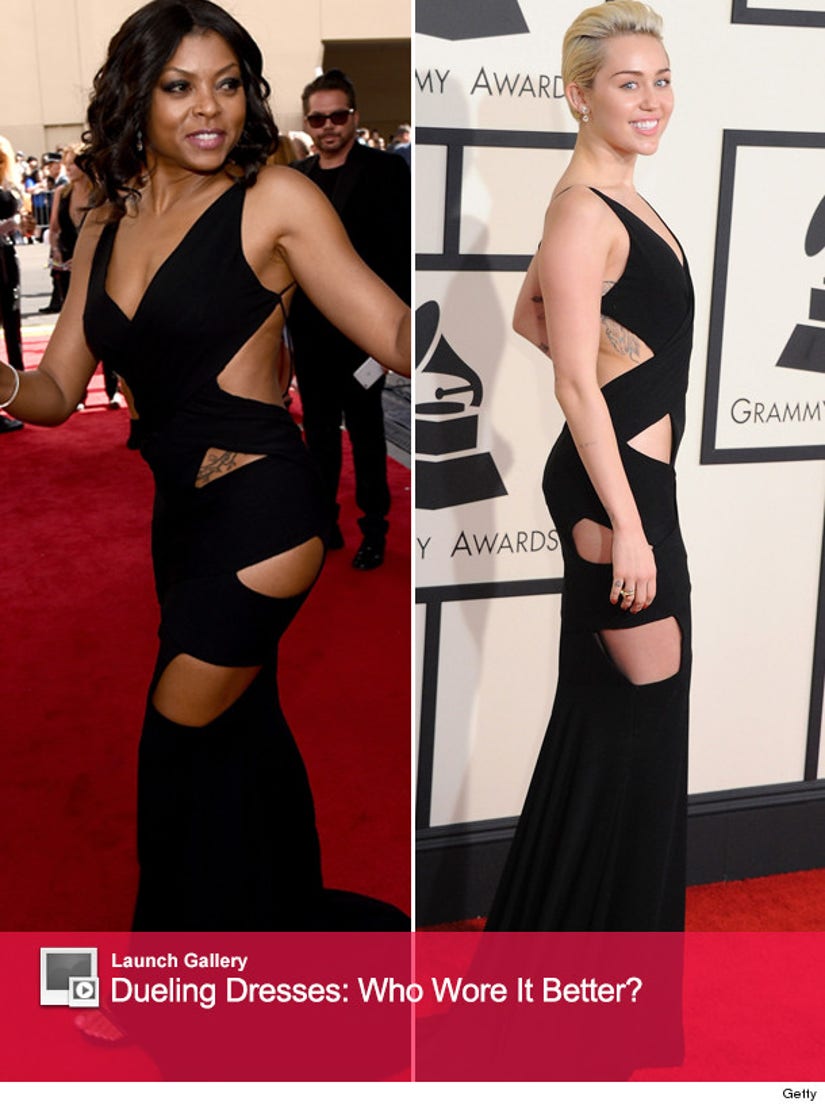 It's a style showdown between a silver screen siren and an edgy pop star!

Taraji P. Henson stole the spotlight on the red carpet at the 2015 Billboard Music Awards on Sunday night in Las Vegas, showing some serious skin in a black Alexandre Vauthier gown.

The "Empire" star flaunted major cleavage in the open-back dress, which also featured cutouts along the sides that put her stomach tattoo on full display. The 44-year-old beauty paired the revealing look with tousled waves and smokey eye makeup.

But, the Hollywood veteran wasn't the only star to wear this racy look!

Miley Cyrus rocked the same designer duds at the 2015 Grammy Awards back in February. The "Bangerz" singer made it her own with minimal makeup, a slicked back pixie and her own ribcage ink.

Both women looked fantastic in the show-stopping threads, but we're on the fence about who wore it better.

Who do you think won this fashion face-off? Tell toofab in the comment section below, and click "Launch Gallery" above to vote on more stars in dueling dresses.

Check out all the celebs on the red carpet at the 2015 Billboard Music Award below! 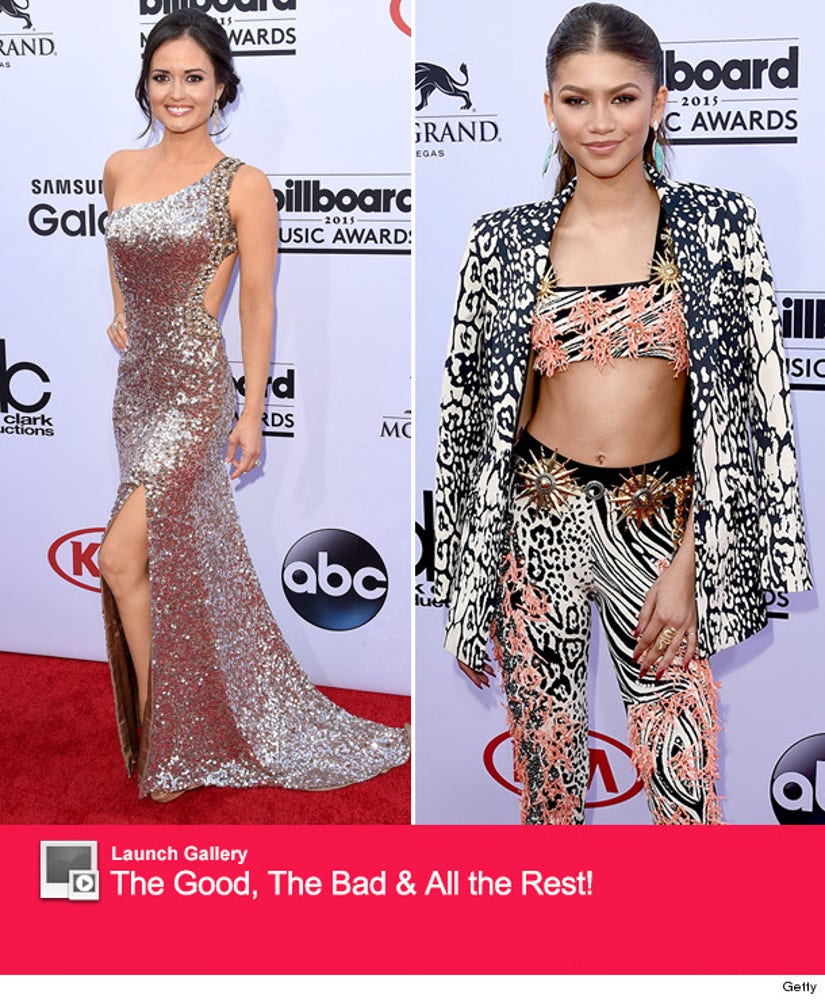