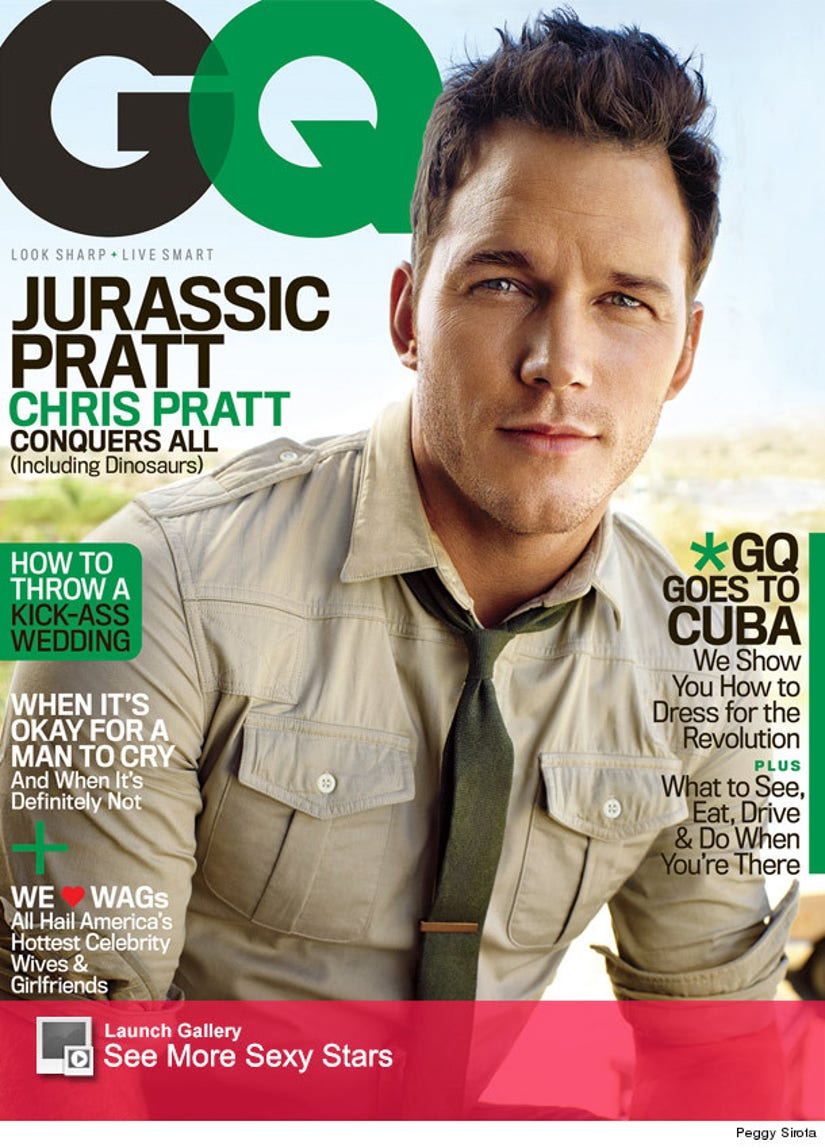 Chris Pratt may be able to kick some serious ass in his movies, but there's one celeb who he's afraid to see ... Kim Kardashian!

The "Jurassic Park" star covers the June issue of GQ, where he talks about his embarrassing past with the reality star.

In 2009's "Deep in the Valley," the hunky leading man had a scene with a then-unknown Kim, who played a porn-world bouncer. "She'd never really done an acting gig before," he says. "She was so fu*king sweet, and she was nervous."

But he's since gone out of his way to avoid the reality TV star.

While filming an episode of "Parks and Recreation," the actor ad-libbed a joke about her that he knew would never go in the show because it was too explicit.

"It was a very, very funny joke," he admits. But it was also one he immediately thought shouldn't be heard in public. Unfortunately for Pratt, it became one of Andy's most viewed moments online when the NSFW joke was released on the gag reel.

"She probably doesn't know or doesn't care, I'm sure, but I don't like to make jokes at other people's expense, if I can help it," he declares. "I like to keep my jokes about people safely way behind their backs. I'm a sh*t-talker, but if I'm gonna make a joke at someone's expense, I'll do it so that they can never hear it." 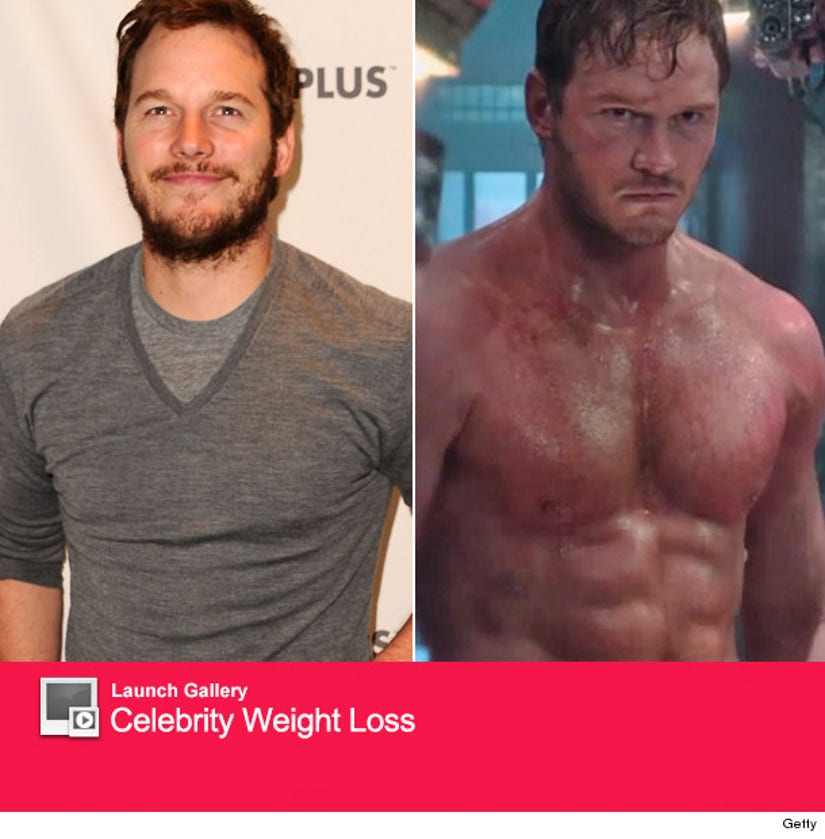 One thing Chris often jokes about is his weight. He famously slimmed down for his role in "Guardians of the Galaxy" and he's managed to stay in tip-top shape. However, he admits, his physical transformation changed his personality.

"I think outwardly I was having more fun," Pratt says of his former heavy set days. "I was more fun to be around, probably. That image that I was casting, to convince people that I was okay, was a really fun person to hang around. Now I have less fun. I focus more. She [Pratt's wife Anna Faris] doesn't get to cook for me the way she used to. I was like a great pet fat guy."

Pratt says he thinks his wife is playing the long game. "I think Anna is hedging her bets that one day I'll be fat again, and she'll say, 'Remember, honey, I always told you I preferred you this way.'"

To read the full interview, pick up the June issue of GQ, on newsstands nationwide on May 26.