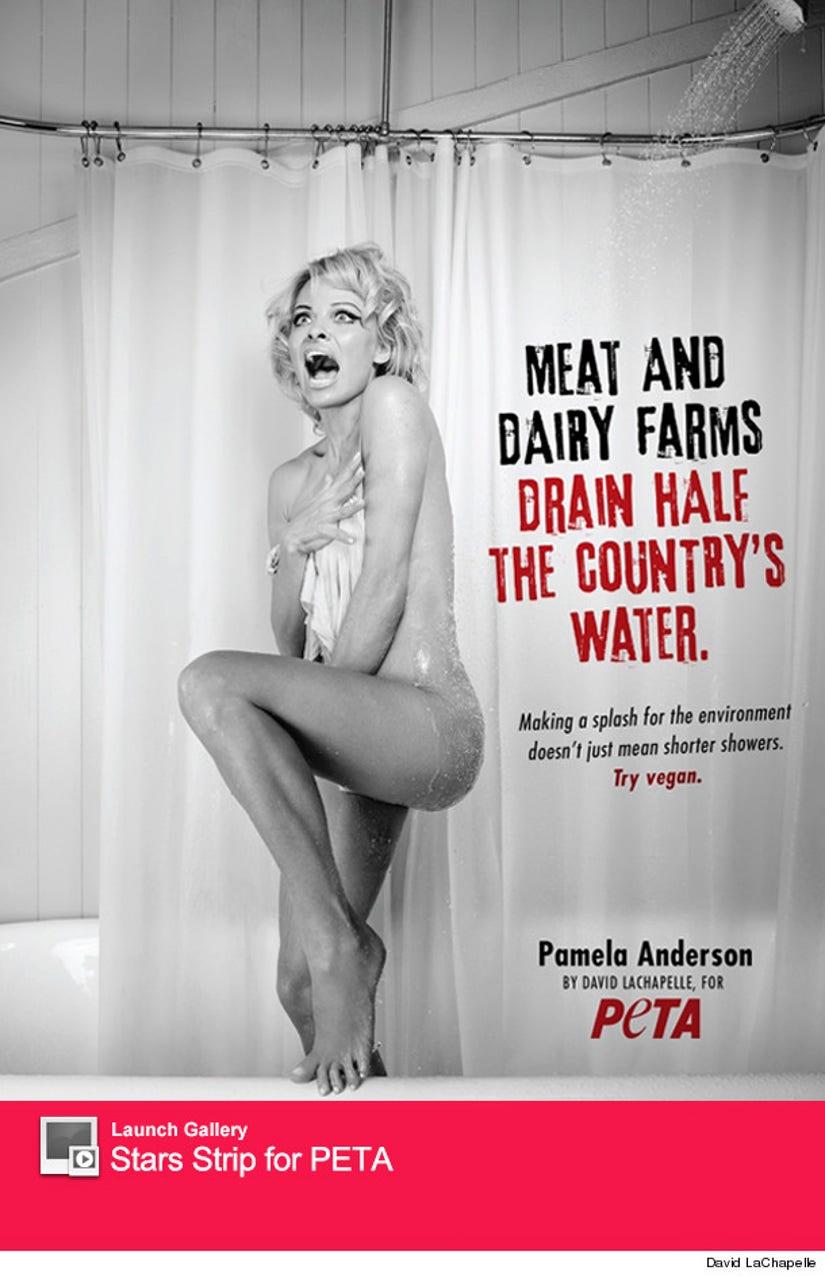 Pamela Anderson is baring her bod for a cause!

The former "Baywatch" babe is the latest celeb to go naked for PETA, in an effort to promote veganism and to raise awareness about the drought in California.

In the black and white pic, the 47-year-old actress pays homage to "Psycho's" Janet Leigh as she stands naked in the shower with nothing but a towel covering up her bits.

"Rivers are siphoned off, not just for the animals but also for crops grown to feed animals on factory farms," Anderson said in a statement. "Producing one pound of beef uses as much water as about six months of showers."

This isn't the first time that Pam has stripped down for PETA -- she previously wore a lettuce bikini to urge supporters to go vegetarian.

Check out the gallery above to see ALL of the socially-conscious stars who've shown off their curves for the organization, including Pink, Olivia Munn, Khloe Kardashian, Joanna Krupa, Taraji P. Henson and many more!