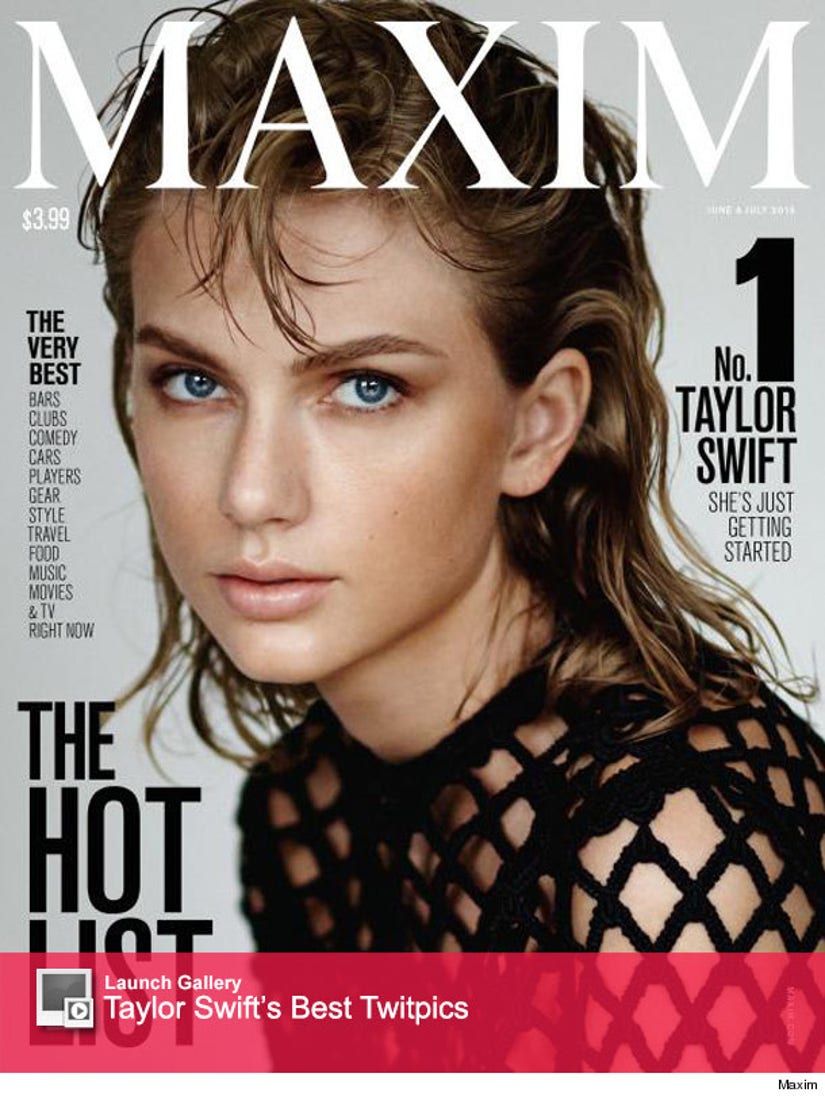 The "Bad Blood" singer's snagged the coveted number one spot on Maxim magazine's 2015 Hot List, where she's opening up about her amazing year as a pop superstar.

"It's really nice and such an incredible compliment," she tells the mag about stealing the top slot. "This year has been my favorite year of my life so far. I got to make an album exactly the way I wanted to make it. I got to put it out exactly the way I dreamed about putting it out. Every one of these kinds of whims and ideas came to fruition. The videos—I'm proud of those, I'm proud of the tour, I'm proud of the way this all happened. In the midst of all that, this is really nice. It really fells like a wonderful celebration of my favorite year."

The 25-year-old also couldn't help but gush her famous BFFs.

"Thankfully, 10 years into my career now, I've learned how to work in a smarter way. You have to have time to breathe and have a happy life, and friendships are so important to me," she explains. "Thankfully -- thanks to the fans -- now we get to play stadiums, so we do two or three stadium shows a week. I'll see my friends in whichever city I'm closer to."

The "Blank Space" singer also opens up about feminism, which she's become extremely vocal about in the last year.

"A man writing about his feelings from a vulnerable place is brave; a woman writing about her feelings from a vulnerable place is oversharing or whining. Misogyny is ingrained in people from the time they are born. So to me, feminism is probably the most important movement that you could embrace, because it's just basically another word for equality," she adds.

Clearly, Taylor's strong self-awareness has paid off -- she is dating one of the music industry's hottest DJs at the moment, Calvin Harris!

What do you think about Swift's candid comments? Sound off below and check out the gallery above to see more of Taylor's best candids!