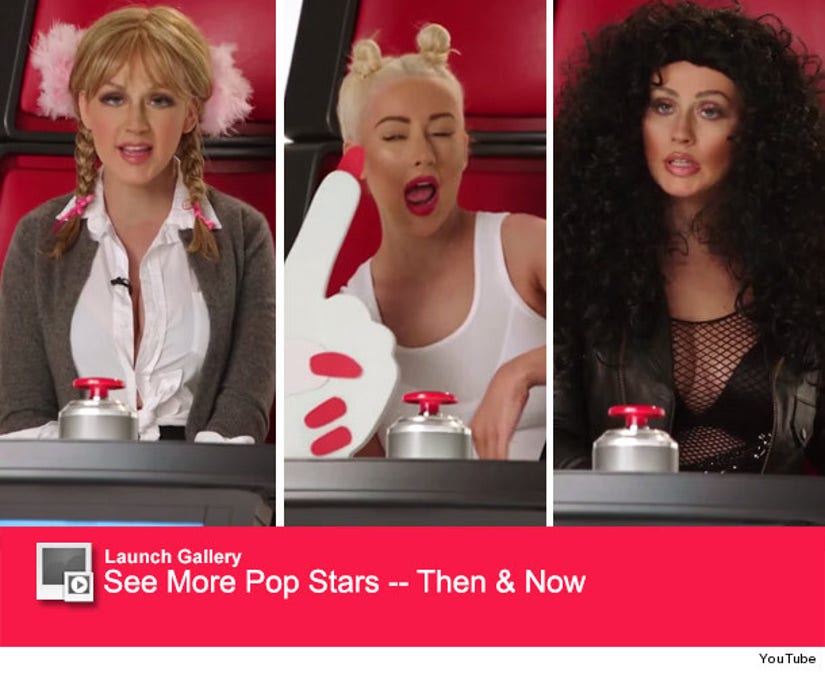 Christina Aguilera just might be the queen of impressions!

After making headlines for her hilarious homage to Britney Spears on "The Tonight Show," she is taking on her former "Mickey Mouse Club" costar yet again ... but she took it a step further.

In a sketch for the finale of "The Voice," the "Say Something" singer dressed up as a few of her fellow pop stars -- Brit, Miley Cyrus, Sia, Cher, Lady Gaga and Shakira.

For her impression of Spears, she wore the Catholic schoolgirl uniform made famous in the "...Baby One More Time" music video. "Hey, y'all. Join Team Britney. It'll be super fun. Join team Britney, bitch!"

"The Voice" coach really stepped it up as her "Burlesque" costar Cher, sporting the music icon's look from 1989's "If I Could Turn Back Time" music video. "What does this button do?" she asked before pressing it and turning to face the camera. "Are you kidding me? I have an Oscar for God's sake! An Emmy! A Tony!"

Which impression did you like the best? Sound off below.