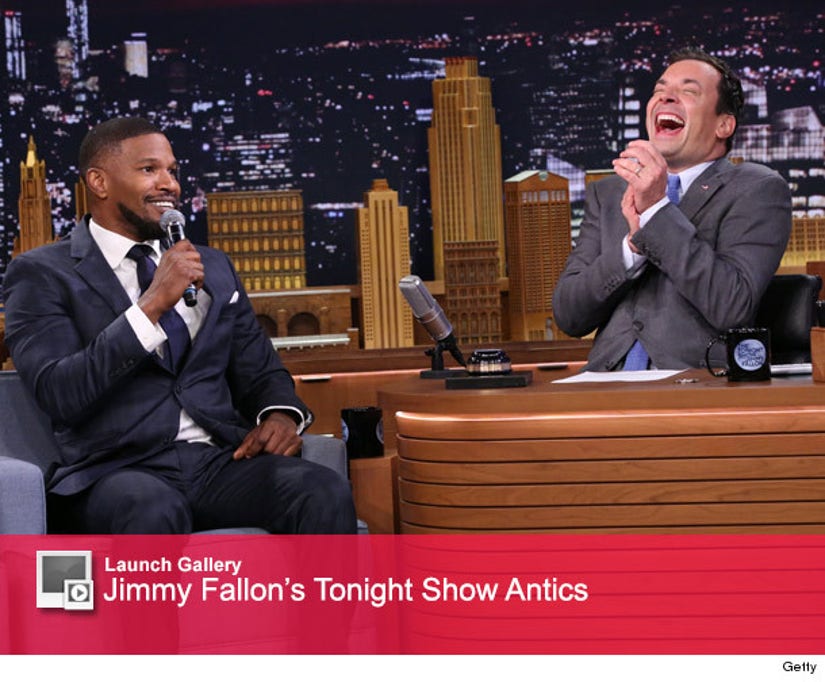 Jamie Foxx is a man of many talents!

We already know the "Django Unchained" star has an amazing set of pipes, but it turns out, he is quite the celebrity impersonator too.

The 47-year-old actor stopped by "The Tonight Show With Jimmy Fallon" on Tuesday to play the host's ever popular "Wheel Of Musical Impressions" game -- and he shocked the audience with his skills!

First, the multi-talented star did a rendition of "The Lion King's" "Hakuna Matata" as Mick Jagger, but it was his second impression that took the cake.

After Fallon performed "I Love You, You Love Me" as Barry Gibb from the BeeGees, the "Gold Digger" crooner tackled the "Toys R Us" jingle as John Legend!

We have to admit his impression of the "All Of Me" singer is spot on -- we wonder what Legend thinks?!

As if that wasn't enough, Jamie completely stole the show with his final impersonation of his "Dream Girls" costar, Jennifer Hudson, singing the song, "On Top Of Spaghetti"!

Watch the clip above to see Jamie's entire performance including his crazy "JHud" high notes.

What do you think of Jamie's celeb impersonations? Sound off below then click "Launch Gallery" for more of Fallon's "Tonight Show" antics!