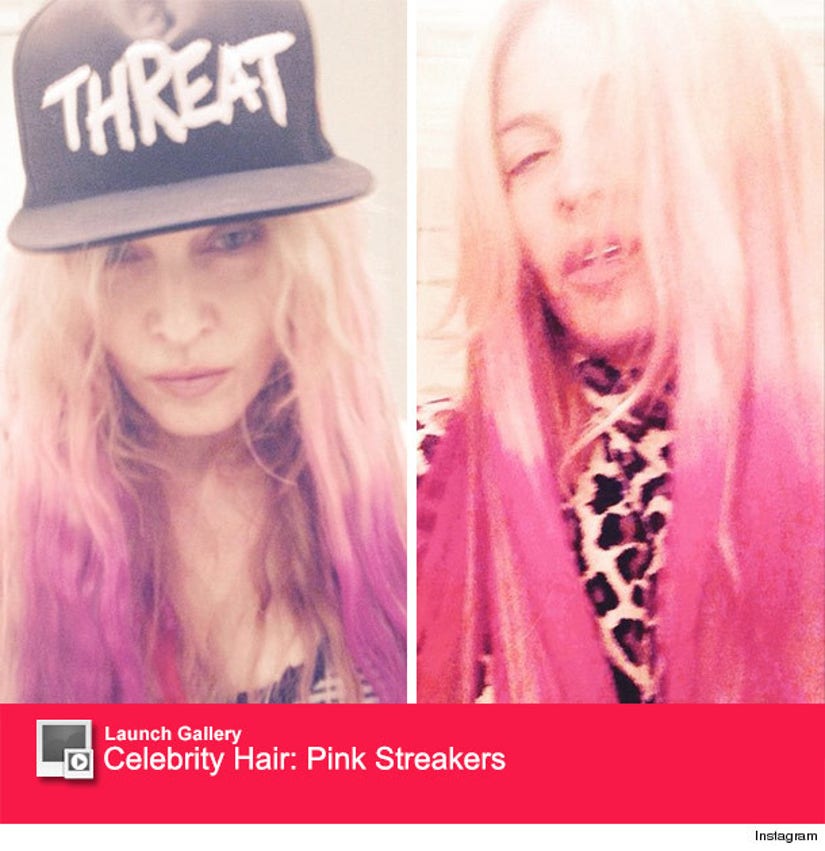 Madonna's got a youthful new look!

The "Ghosttown" singer shared a ton of new snaps via Instagram on Wednesday of her recently-colored bright pink ombre tresses.

In the photos, the 56-year-old pop star showcases her dip-dyed locks while rocking a black hat which reads "Threat" and again in a leopard print jacket.

While we're guessing this look is just temporary, it's definitely a fun color for Spring.

Madonna's been getting a ton of positive feedback about her new album, "Rebel Heart" (and her ageless beauty) -- she's even caught the interest of Marilyn Manson!

"I'm kind of interested in this Madonna record," Manson told i-D Magazine earlier this month. "She looks hotter than ever. I'd also like to let it be known that I still have a crush on Madonna and I would definitely fornicate with her."

Clearly, the Madonna's still got it -- what do you think about the "Vogue" singer's bright new 'do? Tell toofab in the comment section below and click "Launch Gallery" above to see more stars who've rocked pink streaks!