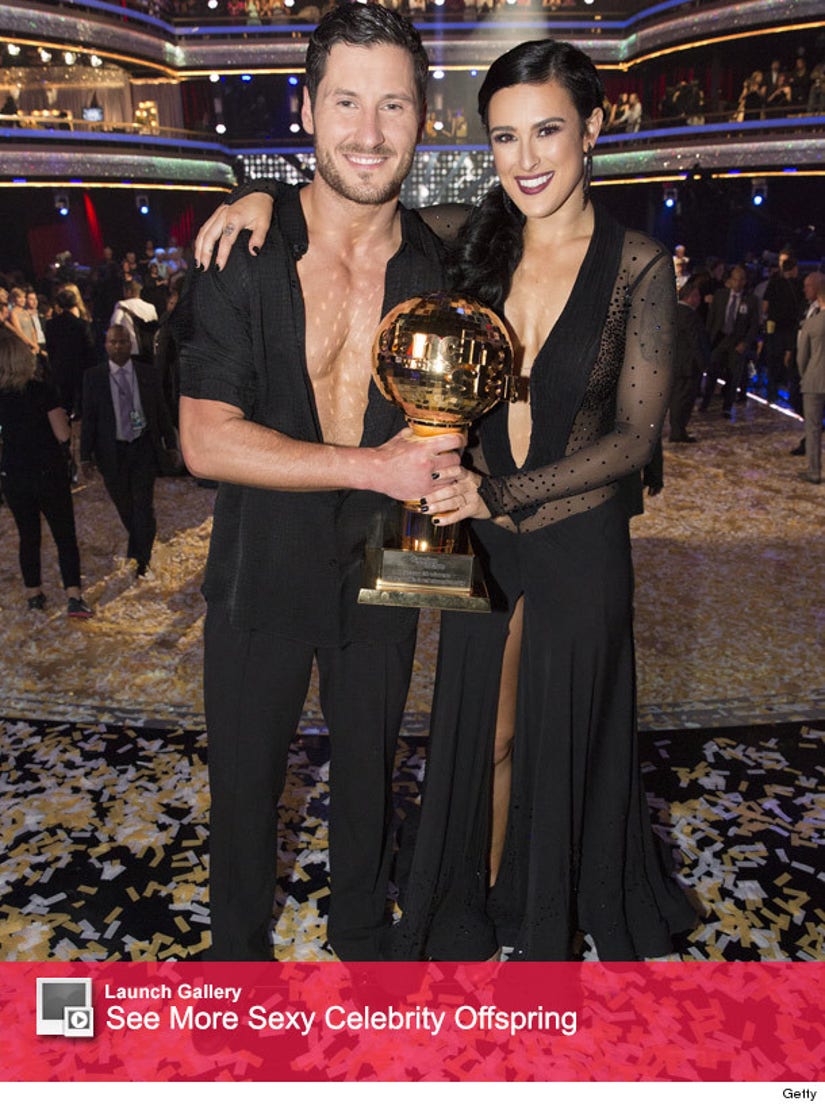 A "Dancing With The Stars" champion has been crowned and it's ... Rumer Willis!

No surprise here, but the 26-year-old snagged the mirror ball trophy for season 20 of the celebrity competition show after a nearly perfect season -- beating out Riker Lynch and Noah Galloway.

It was a close race but the eldest daughter of Bruce Willis and Demi Moore took home the trophy with her partner Val Chmerkovskiy.

The R5 band member and his partner Allison Holker came in second, while Noah Galloway and Sharna Burgess came in third place.

Rumer's famous parents and sisters Scout and Tallulah were on hand for the special night, looking on as the finalists performed their freestyle routines for the judges one last time.

Watch the clip below to see the performance that won Rumer the mirror ball!

But those weren't the only performances during the two-hour season finale -- Alfonso Ribero, who won season 19 of the show, made his return to the dance floor, along with fan favorites Sadie Robertson and Amy Purdy.

Judge and former dancer Julianne Hough also took the stage to dance with brother Derek Hough in a performance to Sia's "Elastic Heart."

Do you think Rumer's win was well deserved? Sound off below then click "Launch Gallery" for more hot celebrity off spring!