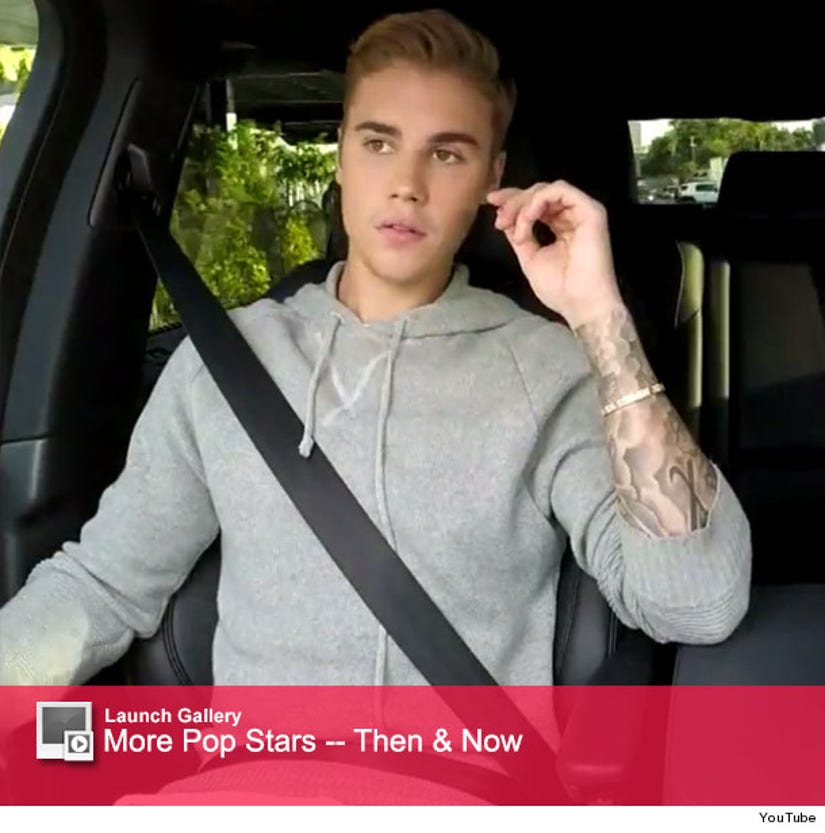 Talk about one memorable car ride!

Justin Bieber appeared on the "Late Late Show" with James Corden on Wednesday, where the two took a hilarious trip together for one of Corden's popular carpool karaoke skits.

Check out the funny video above to see what Justin said about his sex life and see the two get down to Bieber's hit songs!

Justin and James seemed like they hit it off immediately, especially when Bieber's hit song "Baby" came on the radio. The pair belted out the lyrics and rapped Ludacris' hook in perfect synchrony -- the 21-year-old even showed off some of his signature dance moves.

Justin also shared a good amount of info about his personal life with Corden ... including the fact that he only wears his Calvin Klein underwear (which he gets for free) just once before throwing them out!

"They send me a lot, boxes and boxes of Calvin Kleins. I definitely don't wear them twice. There's so many," Bieber revealed to James, before admitting that he's never "made love" to his own music before.

We love that the Biebs is keeping it real -- what do you think about the "Boyfriend" singer's "Late Late Show" appearance? Tell toofab in the comment section below!