Pamela Anderson isn't afraid to spill the tea about her personal life!

The former "Baywatch" babe stops by "The Ellen DeGeneres Show" on Thursday, where she opens up about getting divorced from Rick Salomon for the second time.

"Every time you're here, something different is going on," Ellen DeGeneres tells her. "You remarried someone you were married to before."

The talk show host continues to poke fun about Pam's reconciliation with her ex, saying, "It's like when you put something back in the fridge that's not good. It's not gonna be good the second time. When you go in there, I mean." The actress agrees with DeGeneres, who adds, "You go, 'Oh, that's bad. Let me try that again!"

Check out the clip above to find out if Pam is ready to jump back into the dating pool! 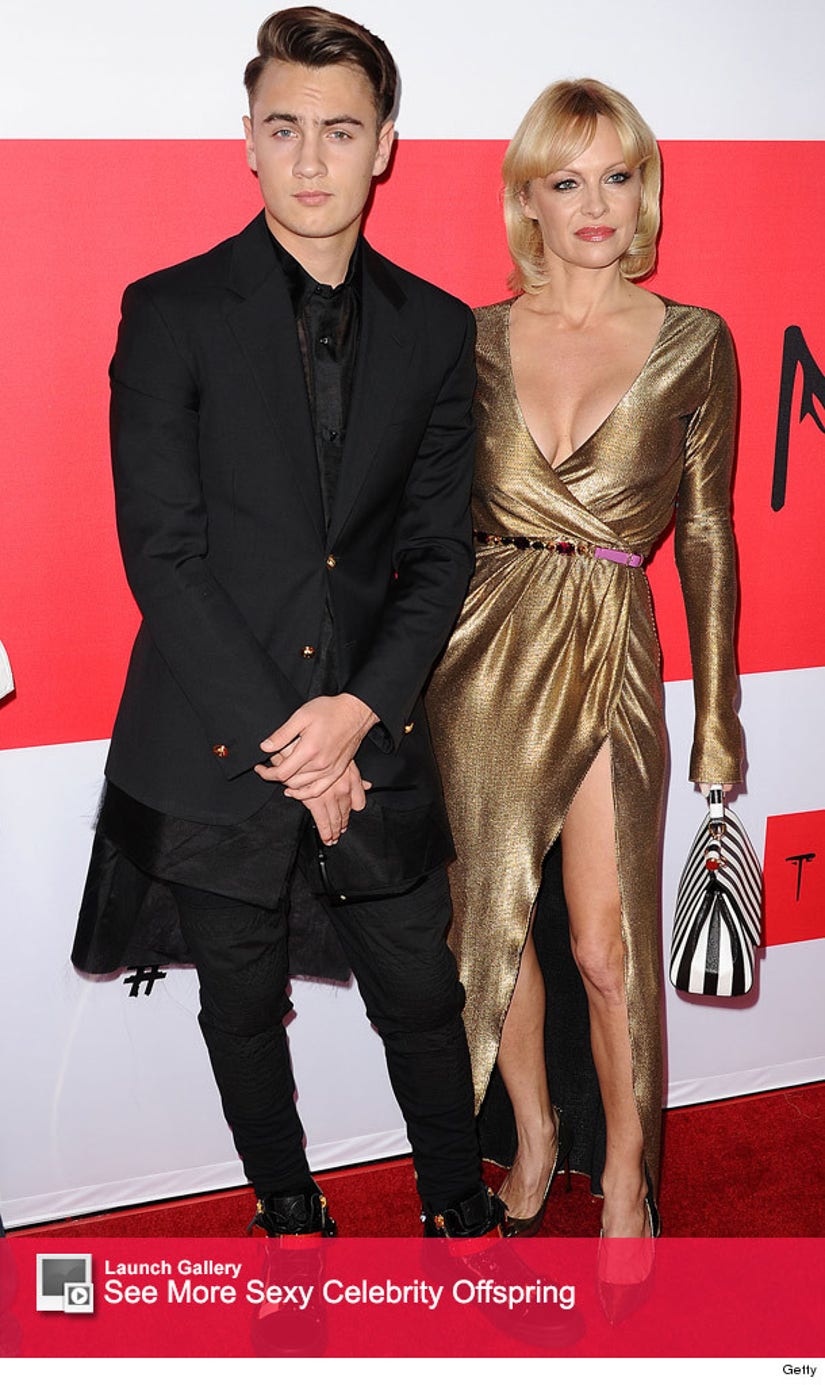 While her love life is currently in limbo, the 47-year-old beauty couldn't be more proud of her two sons: Brandon Lee, 18, and Dylan Lee, 17.

"Brandon goes to university next year," she says of her older son. "He's not bad looking! He's gorgeous."

The comedienne points out that he looks like his dad, Tommy Lee. "Doesn't he?" Anderson asks, adding that her younger son "looks like Tommy even more."

The blonde bombshell created a ton of buzz when she brought Brandon to "The Gunman" premiere in March.

" I kept them out of the spotlight their whole lives," Anderson explains. "I thought I'd bring him to the Gunman premiere that he wanted to go to. And, yes, it caused a lot of...he doesn't need anymore confidence! He got a lot of attention over that."

"They're good looking guys," Ellen admits. "But they're good, right?"

"They're great kids. I'm really fortunate because it could have been a disaster," Pam reveals with a laugh. "I mean, they're genetically loaded. And I'm so proud of them. They're such gentlemen, and they're good to their girlfriends and they spoil everybody rotten. And they spoil me rotten! They're just real sweethearts."

Not only is Anderson a mother-of-two and an actress, but she also is an avid environmentalist. In fact, her work has earned her a new title ... Lady Pamela.

Watch the clip above to find out what it's like to be the first Playmate to ever be knighted!

Find out what three things she would do on a date when she and Ellen play "5 Second Rule." Hint ... it's pretty naughty!