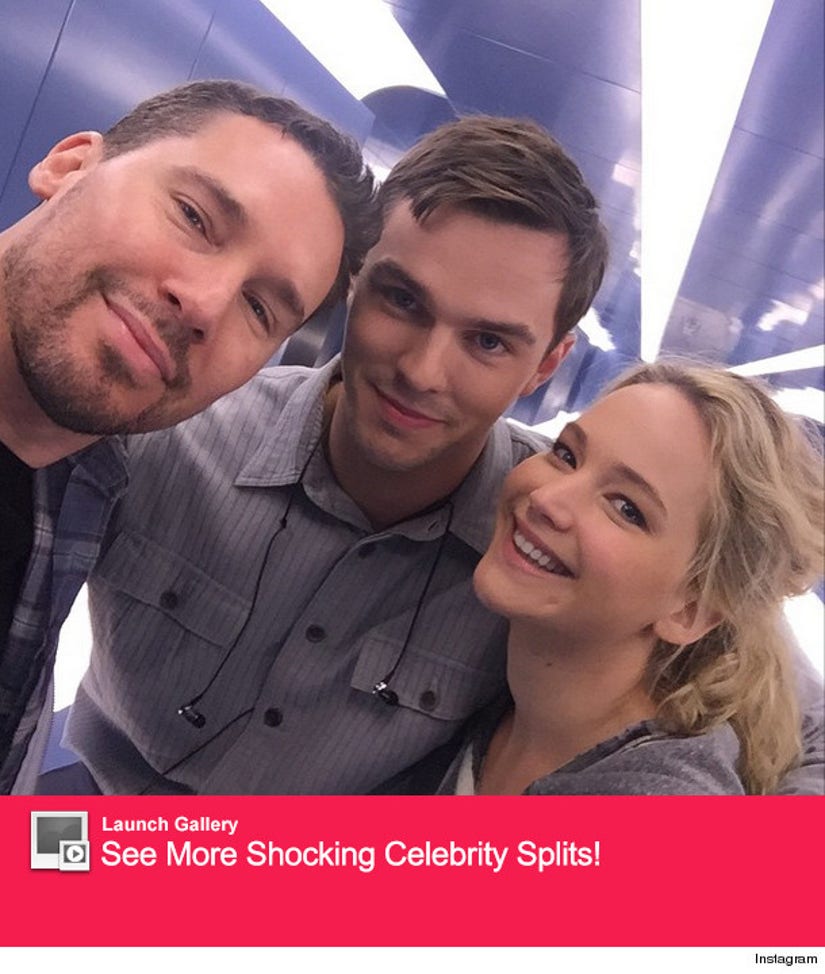 Jennifer Lawrence is still cool with her ex-boyfriend, Nicholas Hoult!

The blonde beauty was pictured on the set of the latest "X-Men" flick, "X-Men: Apocalypse" on Thursday.

In the photo -- posted to director Bryan Singer's Instagram account -- the 25-year-old actress is all smiles as Hoult has his arms around her and Singer.

Both Nick and J-Law will be back to reprise their roles as Beast and Mystique in the latest installment of the Sci-Fi thriller, which will hit theaters May 2016.

The cute costars split, for the second time, last August due to their different schedules. Sources close to the former flames told E! News that the breakup was "very amicable."

Nick and Jennifer first started dating back in 2011, after meeting on the set of "X-Men: First Class." Two years later, the actors called it quits ... only to briefly rekindle their romance in 2014.

It's great to see that these two still seem to get along -- what do you think about Lawrence's reunion with Hoult? Tell toofab in the comment section below and click "Launch Gallery" above to see more shocking celebrity splits!