From the Billboard Music Awards to the Cannes Film Festival, Hollywood's hottest starlets hit the red carpet this week in their favorite couture creations.

While Kendall Jenner earned her supermodel status in Azzedine Alaïa and Emily Blunt looked like a golden goddess in Stella McCartney, other fashion offenders -- including an outdated Iggy Azalea, a continuously-boring Natalie Portman and a pink puffed Fonda -- earned failing fashion grades for their style slip-ups.

Check out the clip above to see who toofab's Candice Brock, Anna Kachikyan and lifestyle blogger Sormeh Salimpour picked for the best and worst dressed stars, and take a closer look at the week's bad fashion below! 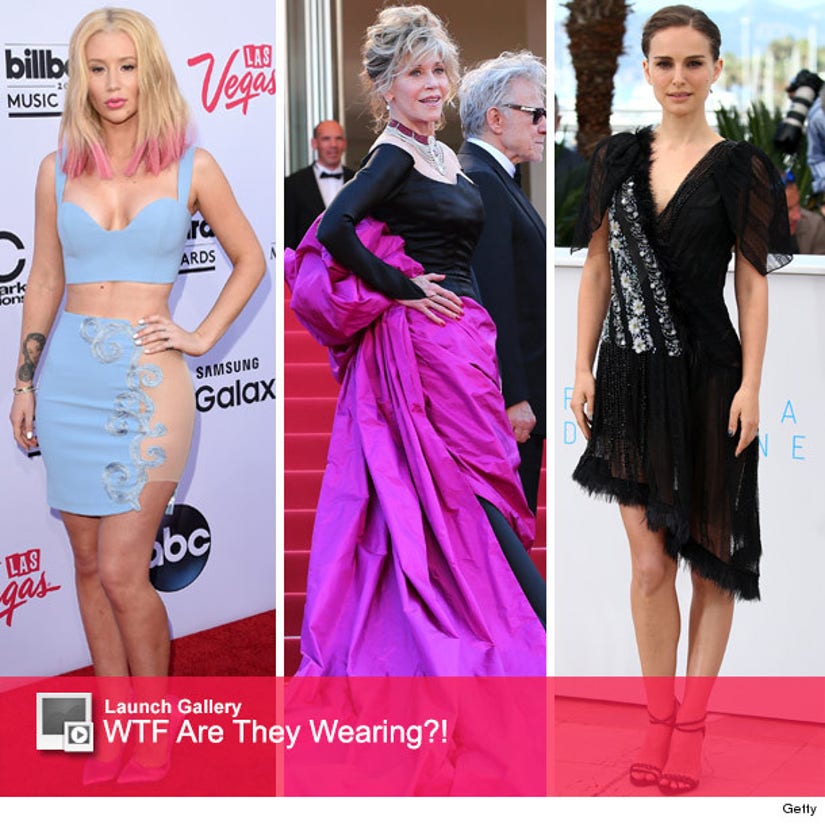