Vanessa Hudgens has her friend's back!

The 26-year-old, who is currently starring on Broadway in "Gigi," stopped by the Bravo clubhouse for "Watch What Happens Live" on Thursday -- and got candid in a series of questions about her BFF, Selena Gomez, with host Andy Cohen.

During the show the "High School Musical" alum was asked if she helped her "Spring Breakers" costar avoid her ex-boyfriend, Justin Bieber, ﻿during the 2015 Met Gala earlier this month.

Although the actress didn't give too much away ... it definitely sounds like she had Gomez's back at the high-fashion event! 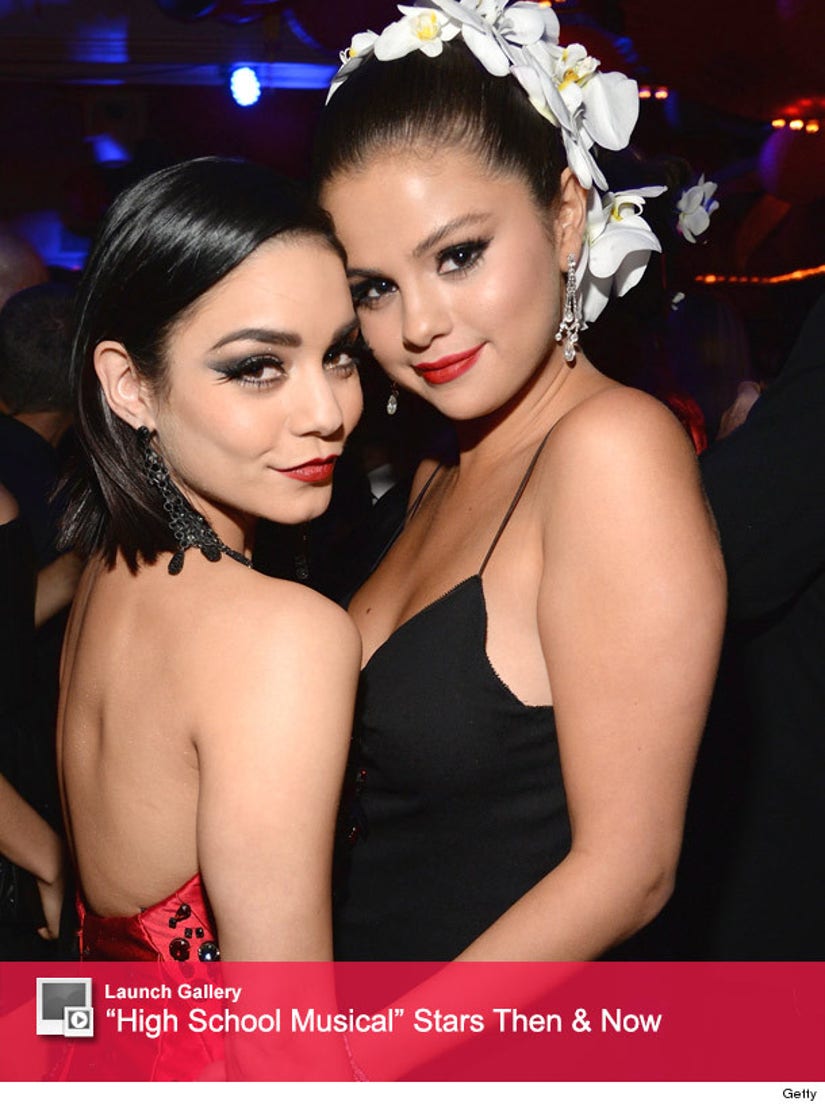 "She's one of my best friends, and you just want to have your girlfriend's backs so that's what I did," she revealed. "We didn't like try to avoid him or anything, but no one really want to see your ex-boyfriend!"

Aside from the Jelena questions, Andy didn't let the brunette beauty get away without at least one "High School Musical" reference.

During the "Clubhouse Playhouse" segment of the show, Cohen had Vanessa and his other guest, Kellan Lutz, reenact a scene from "High School Musical 2".

The singer reprised her role as Gabriella, while the "Twilight" hunk donned a blonde wig as Ashley Tisdale's character, Sharpay and Andy, of course, did his best Zac Efron impression as Troy!

Watch the clip above to see the trio perform the hilarious skit!

What do you think of Vanessa's comments? Sound off below and click "Launch Gallery" for more "High School Musical" stars then and now!