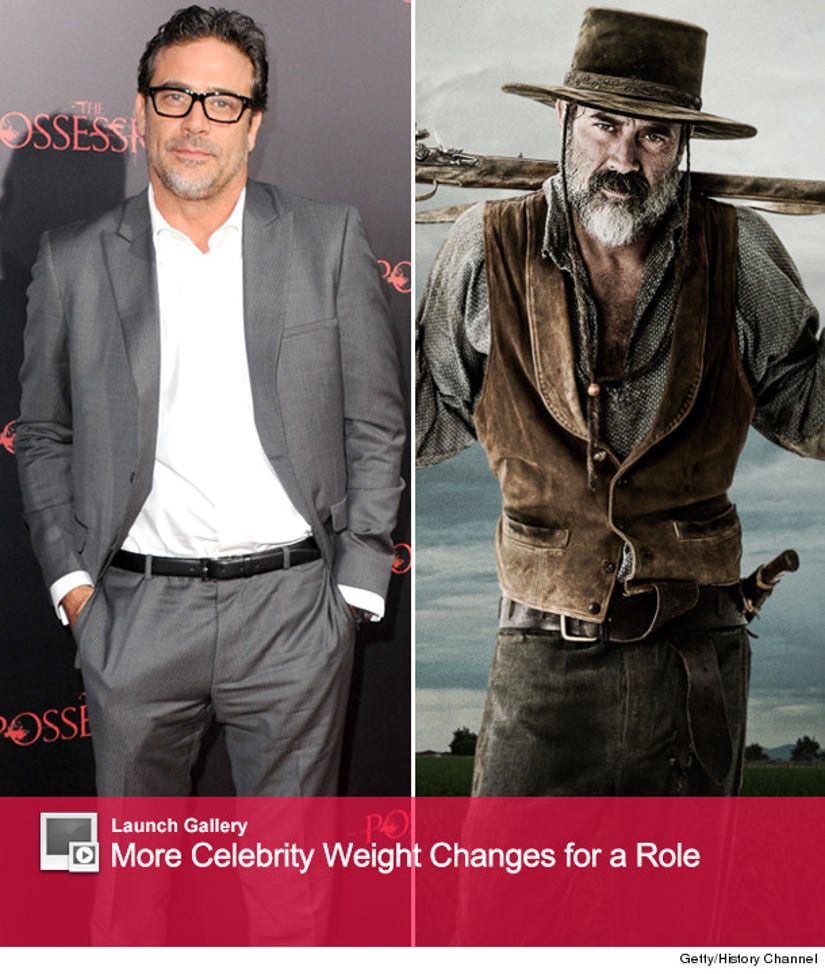 Jeffrey Dean Morgan went all out for his latest role!

The former "Grey's Anatomy" star dropped a staggering 40 pounds for his role in "Texas Rising" by following a strict diet of just one can of tuna per day.

"He had a consumption of tuberculosis," Morgan explained on "Today" last week. "And so I got there and I was probably about 175. I left and I was about 130."

"I ate a can of tuna fish a day," he continued. "I did it in the most unhealthy way possible...I didn't consult with a doctor or anything. We had said maybe we should lose, like, 10 pounds, and I just kept going and going, and by the end of the movie, I was just [moving] like a snail!"

The "P.S. I Love You" hunk isn't the only celeb to drop some serious weight for a role. Matthew McConaughey slimmed down from 185 pounds to 135 pounds for his award-winning role in "Dallas Buyers Club" by following a restrictive diet and intense workout regime.

Meanwhile, his "Dallas Buyers Club" co-star, Jared Leto, lost 30 pounds on a month-long fast to play an AIDs patient for the film. The 5-foot-9 star dropped from 146 pounds to a shockingly thin 116 pounds!

Both actors took home Oscar gold for their roles, but they have admitted that the transformation took a toll on their bodies.

Do you think these stars are going too far? Tell toofab in the comment section below, and click "Launch Gallery" at the top to see more celebs who've slimmed down and bulked up for a role!