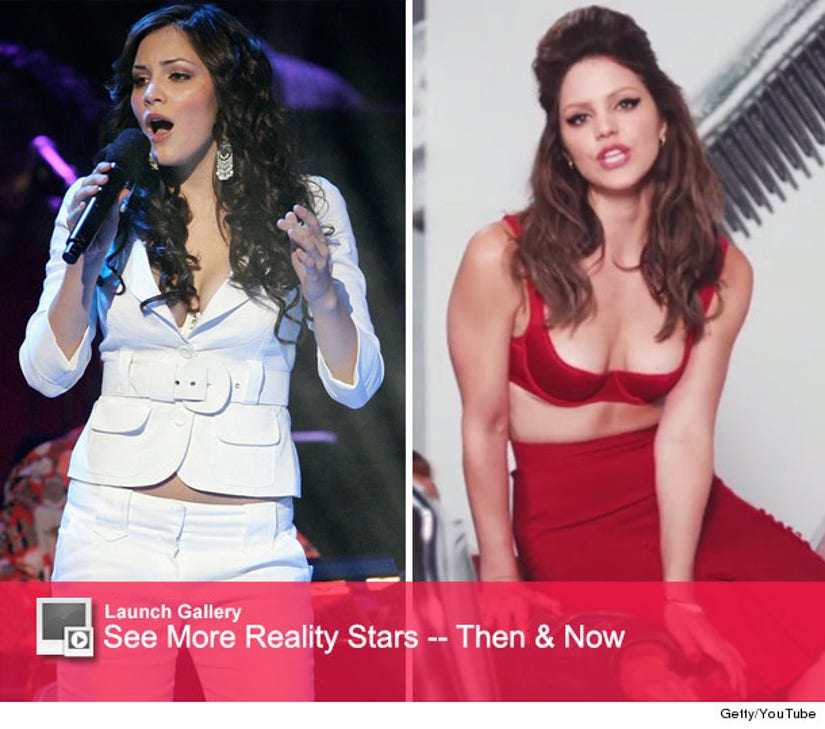 Katharine McPhee is back ... and she's got a whole new look!

The former "American Idol" finalist is returning to her music roots with the release of her new single "Lick My Lips," the first cut from off her upcoming album "Hysteria."

The singer-turned-actress debuts a more sexy side in the clip, showing a whole lot of skin in the pinup-themed video. Sporting a teeny, tiny red bra and incredibly tight skirt, McPhee puts her fit physique on display as she bares her belly.

"We did the video a couple weeks ago and there's so many sexual innuendos," she tells Billboard about the look. "But the fun thing about the video that goes with it is I'm not playing into it at all. So for me, it still kind of keeps its classiness to it but it's definitely got this really sexy deal, and I think it all goes hand in hand with me coming into my own. I feel really comfortable with who I am and embracing all the different sides of me."

The 31-year-old is currently on CBS' "Scorpion" and starred on "Smash." The actress also separated from her husband, after she was photographed making out with "Smash" director Michael Morris.

"There's so many things and events that have happened in my life in the last 3 or 4 years," she also tells Billboard.

"I found it difficult to find inspiration of things I wanted to sing about. I think I was also shy; I wasn't sure of myself as a writer," she continues. "So I think the overall theme [of this record] is that, yes, there's been searching, there's been heartbreak, there's been longing, I think finally, for the first time, I felt motivated to find stories within my own life to write about."

What do you guys think of Katharine's new music video? Tell toofab in the comment section below and click “Launch Gallery” above to see more "American Idol" now!