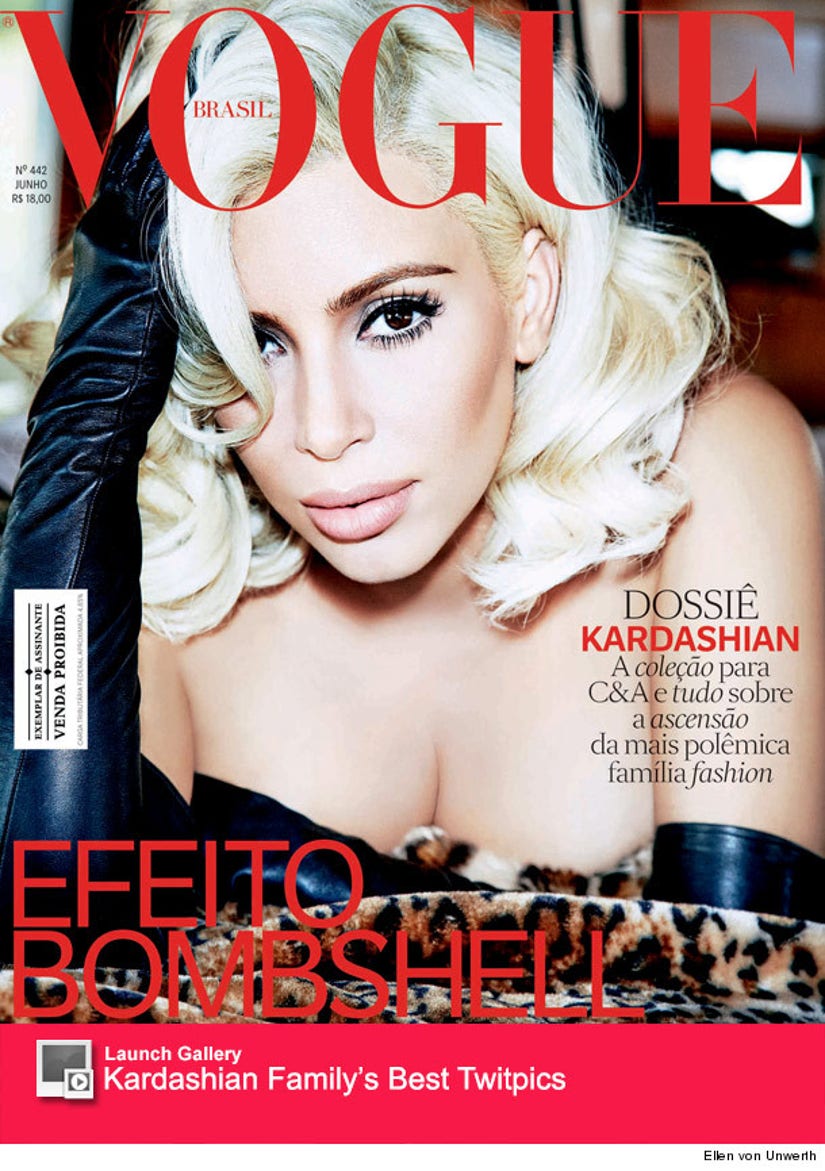 The "Keeping Up With The Kardashians" star graces the cover of the June issue of Vogue Brasil -- and channels the late, great Marilyn Monroe for the spread.

On one of two different covers, the 34-year-old strikes a seductive pose as she dons a pair of black leather gloves and not much else while laying on a cheetah print blanket. 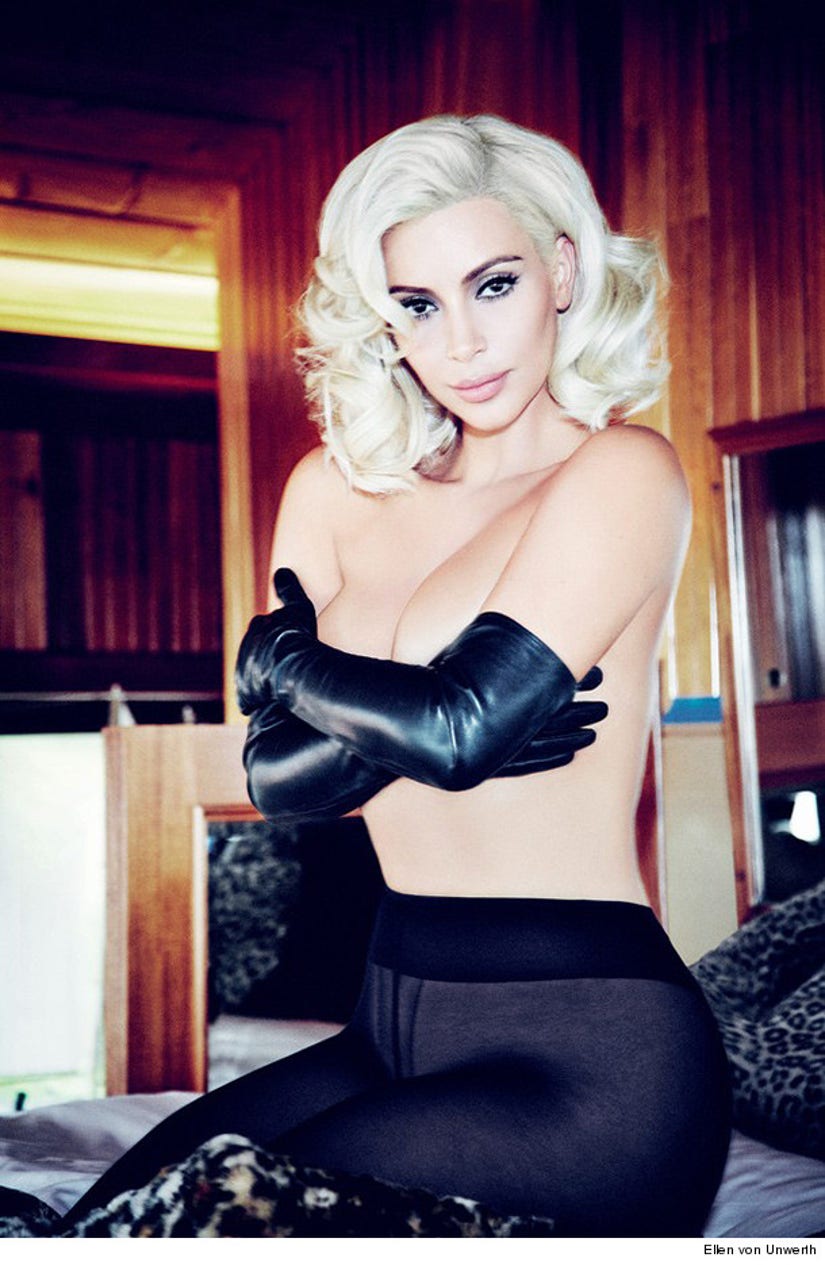 The star rocks her platinum blonde hair in the photos, which she flaunted back in March for Paris Fashion Week after switching from her naturally dark 'do.

In the second shot, Kanye West's other goes Hollywood glam while rocking a black crop top and a high-waisted skirt. 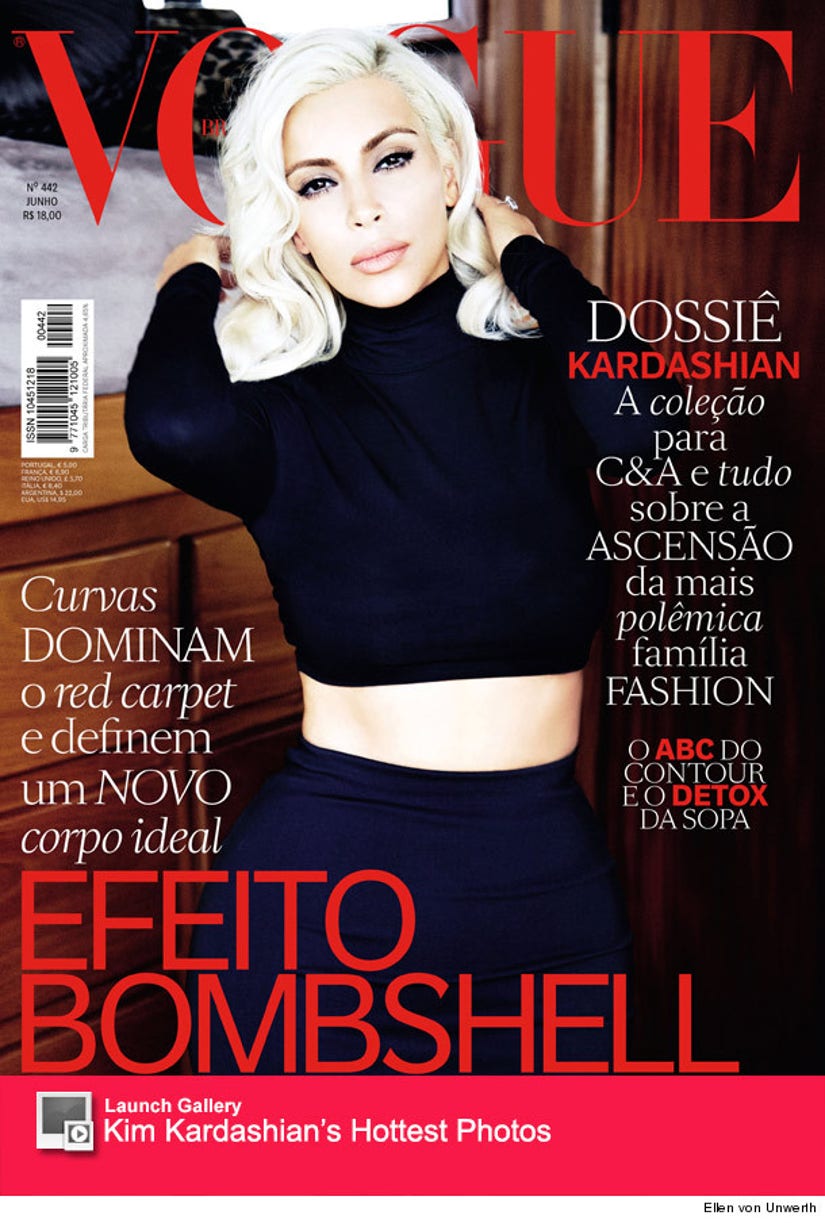 The pictures, shot by German photographer Ellen Von Uwerth at a house in Malibu, show North West's mama as a "contemporary" version of the silver screen icon.

Inside the mag, the star talks family, fashion and whether or not her rise to stardom can be attributed to any "talent."

"Aren't I lucky? I don't have to do anything and still can be successful," she jokes in an excerpt from the interview. "I dare someone else to try to do everything I do and then they can tell me if there is a talent behind it or not."

Kim also gave fans an even deeper look into her photoshoot in an Instagram video she shared to her followers on Tuesday.

This isn't the first time the curvaceous beauty has covered the legendary fashion magazine. In April 2014, Kim landed her first cover of American Vogue alongside her rapper hubby.

What do you think of the star's sexy spread? Sound off below then click "Launch Gallery" for more of the Kardashian's best photos!