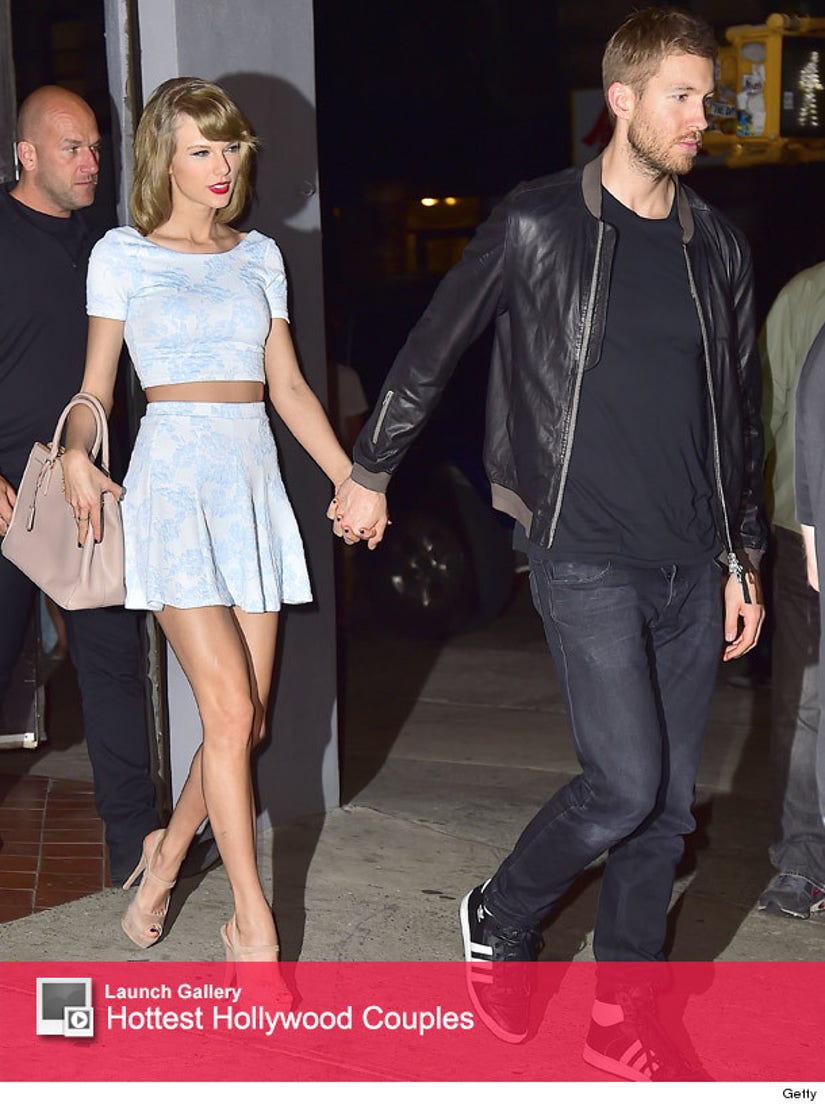 Taylor Swift and Calvin Harris took their whirlwind romance to the streets of New York on Tuesday -- when they stepped out for a romantic night in the city.

The "Bad Bloond" singer and the DJ walked hand-in-hand as they made their way to dinner at Soho eatery L'asso for slices of pizza.

The 25-year-old looked flirty in a matching crop top and floral a-line skirt by Aqua. She accessorized with her signature red lip, a nude Prada purse and matching peep toe sandals. Her 31-year boyfriend kept it casual in a black tee, a leather bomber jacket, jeans and a pair of Adidas sneakers.

The pair's outing comes on the heels of their public debut as a couple at the 2015 Billboard Music Awards. The country-turned-pop star picked up 8 awards that night and was spotted hugging and kissing her beau in the audience.

But their PDA didn't stop there, the two got even cozier during the after-party -- where they were spotted stealing a smooch during a pic with some of her famous pals!

It seems like the star is having quite the 2015. She recently snagged the number one spot on Maxim's 2015 Hot List and opened up about what she calls "her favorite year so far".

What do you think of Calvin and Taylor's date night? Sound off below then click "Launch Gallery" for more hot Hollywood couples!