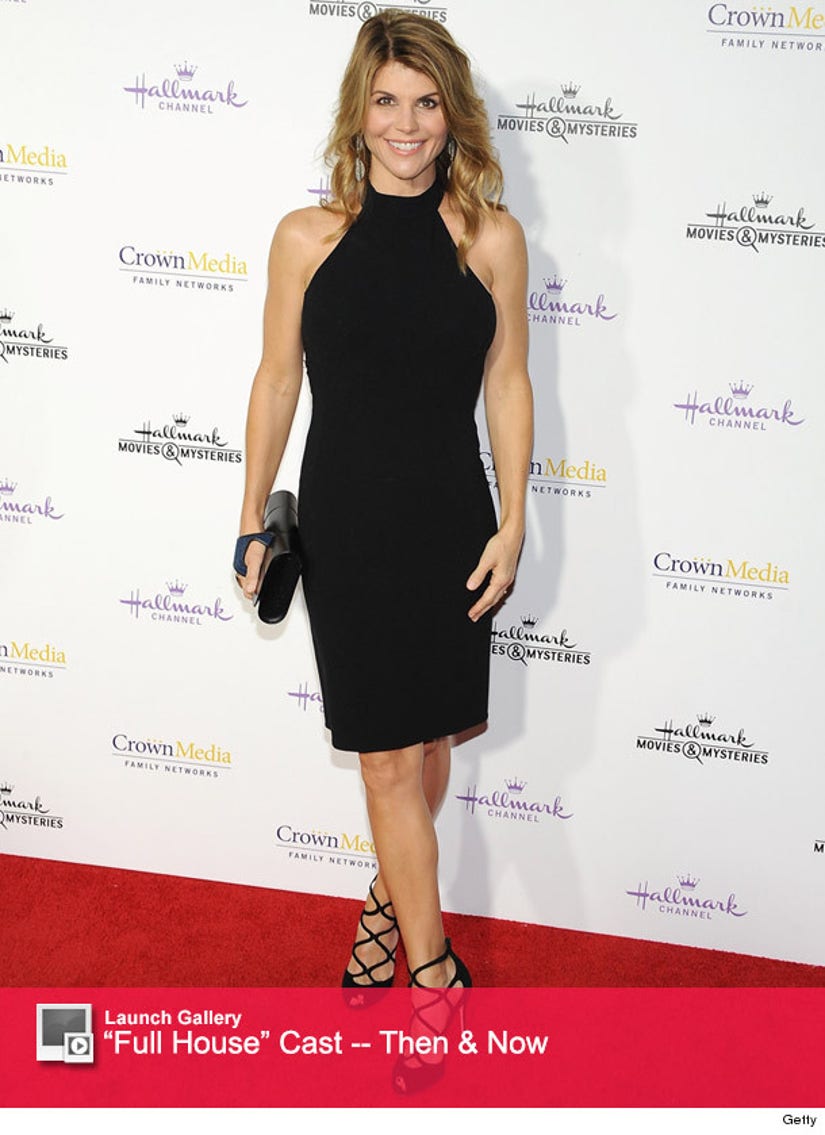 "Officially, I am going to be part of the spinoff Fuller House," the 50-year-old confessed.

The series will follow DJ Tanner (Candace Cameron Bure), Stephanie Tanner (Jodie Sweetin) and Kimmy Gibbler (Andrea Barber) in their adult lives as they try to help DJ raise her children after the death of her husband. Yep, it's pretty much the exact same storyline as the original series.

Though she was originally on the fence, Lori will reprise her role as Aunt Becky in the one-hour season premiere of the 13-episode show.

"I'm very excited. It's going to be really great to be back with the whole cast. It'll be a lot of fun," the blonde beauty added. "We're going to help Candace, Jodi and Andrea spin off the new show. So we'll come back and do the first episode and maybe throughout we'll pop up here and there."

The show, which is set to to hit Netflix in 2016, will see most of the original stars return for the premiere ... except for the youngest member of the Tanner family -- Ashley and Mary-Kate Olsen have chosen not to reprise their roles as Michelle Tanner.

"We would've loved it. It would've been great," Loughlin said about the Olsen twins' decision to not return. "But I understand."

John Stamos, who will also be reprising his role as Uncle Jesse, weighed in on Mary-Kate and Ashley's decision via Twitter last week.

"I understand they're in a different place and I wish them the best," Stamos tweeted. "I promise you will not be disappointed with our reunion and spin off!!"

What do you think about Lori's big news? Tell toofab in the comment section below and check out the gallery above to see the rest of the "Full House" cast then and now!