Mike "The Situation" Sorrentino is back on reality TV!

But this time, instead of partying hard, he's all about saving his relationship with girlfriend Lauren Pesce on the new season of WE tv's "Marriage Boot Camp: Reality Stars."

The 32-year-old and his longtime love arrive at the mansion on tonight's season premiere of the show -- and boy are they in for some serious drama!

The "Jersey Shore" alum and his fashion blogger GF chatted with toofab's Candice Brock about the crazy first episode, their "Boot Camp" costars and the current status of their relationship. 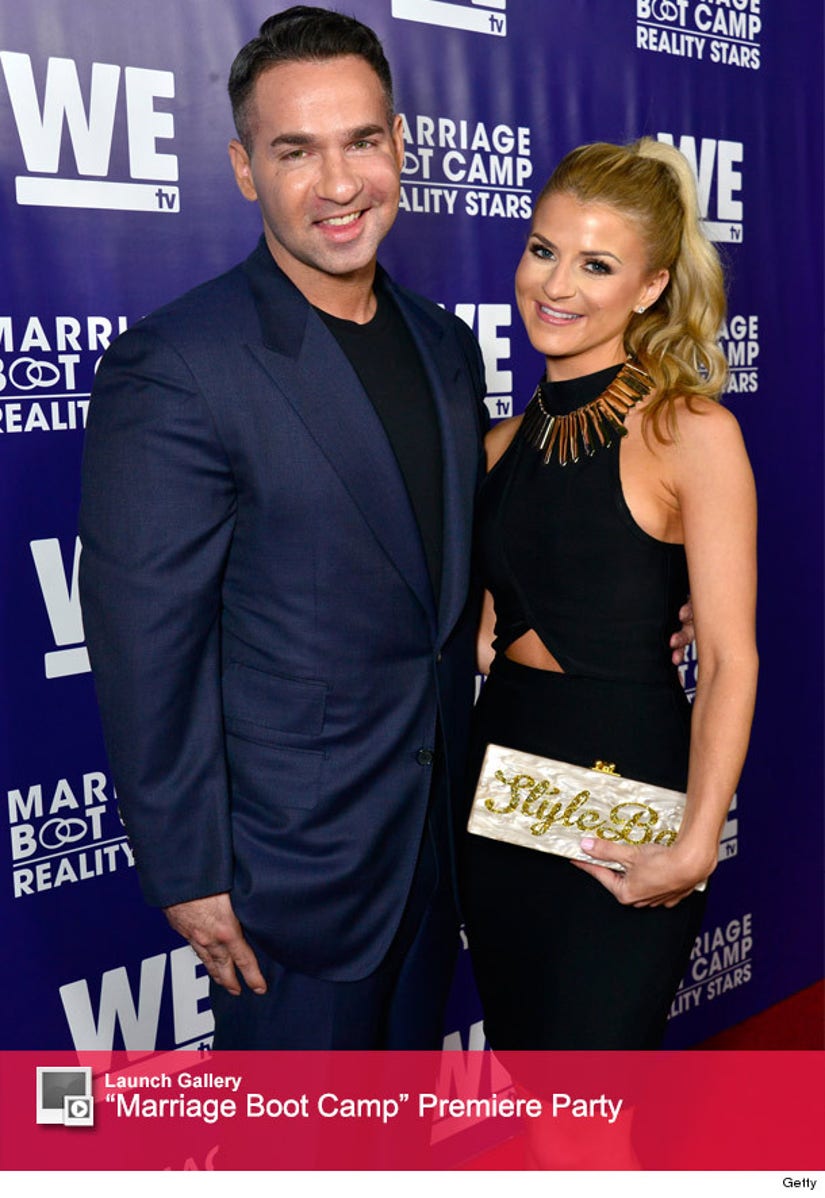 With such a diverse group of people, what were the couple's first thoughts as each pair entered the mansion?

"I think Aubrey's first question was, 'Is this the first show you did sober?' or something along those lines. So I was kind of like, 'Oh, there's a lot of egos and balls in this room,'" Lauren says with a laugh.

Of course, controversial couple Kendra and Hank caught everyone's attention -- especially during the first exercise, "To Knot or Not," when the "Kendra On Top" star's mom unexpectedly showed up!

During the heated moment, the former "Girls Next Door" star went at it with her estranged mother Patti, ordering her fellow housemates to "rise up" after Patti threatened to release personal text messages!

"I was about to 'Rise up,'" Mike jokes. "I looked around the room and I was like, 'Should I stand, should I not?' It was entertaining, but at the same time it was serious, because that's Kendra's mom and it's sort of a touchy subject, and I have touchy relationships with my family as well, so you have to tip-toe around things like that."

"It was definitely an emotional roller coaster, that whole scene in itself," Lauren adds.

Watch a sneak peek of the intense moment above! 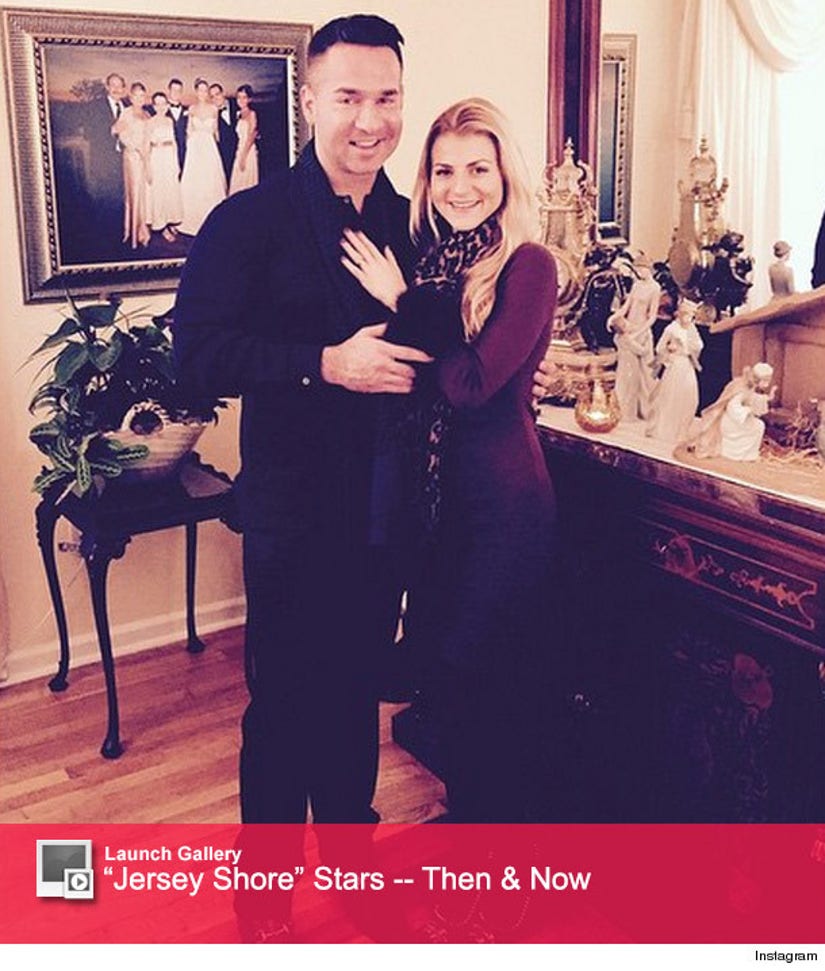 Now that the couple seems to have made it through boot camp, where does the relationship stand -- are wedding bells in their future?

"Things are really well with us right now and hopefully we can take it to the next step, which possibly maybe there could be an engagement in the future," Mike says. "Are you gonna say yes?"

"I think you'll have to ask the question first," adds Lauren.

Before the two walk down the aisle, Mike still has to get his legal troubles in order. The star was charged with tax fraud and is currently awaiting trial.

Watch the video above to see what he says about his legal drama then click "Launch Gallery" to see pics from the "Marriage Boot Camp" premiere party!