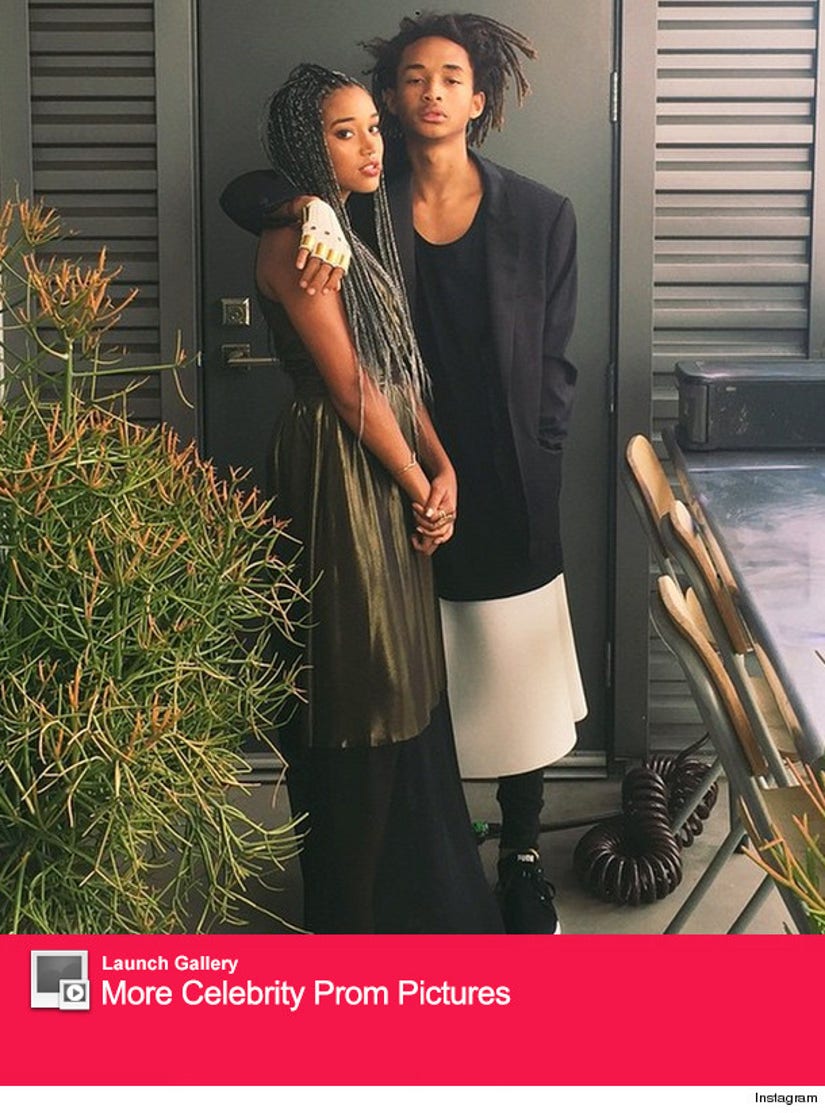 Jaden Smith brought his own unique sense of style to prom!

After sporting a Batman costume to another school's celebration earlier this year, Will Smith's son attended another one over the weekend -- wearing a white skirt for the soiree.

The 16-year-old went as Amandla Stenberg's date, the young actress sharing a couple photos from their fun night on Instagram.

Stenberg memorably played Rue in the first "Hunger Games" film -- and wow, has she already grown up quite a bit since then. Sporting grey braids, a nose piercing and a full length silver and black dress, the 16-year-old looked very different than the girl from District 11. 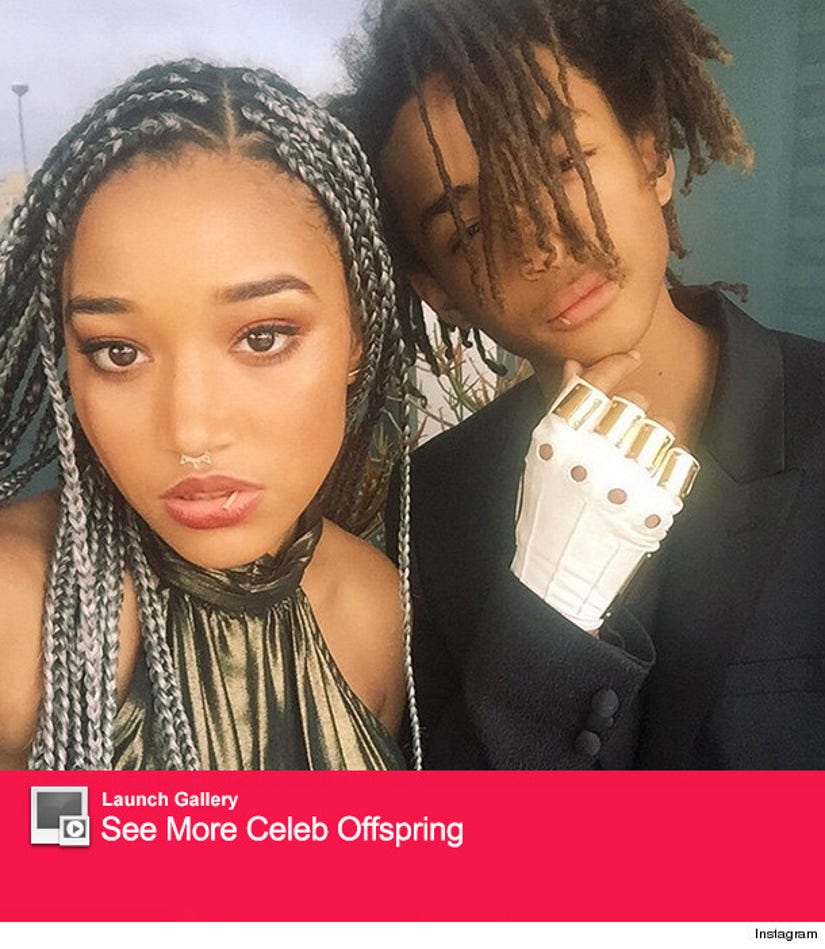 Smith, who has been spotted wearing "girls clothes" from TopShop in the past, wore a suit jacket, black tunic and white skirt to the event, sporting black skinny jeans and sneakers underneath. He also wore a white and gold glove on at least one of his hands.

Jaden has been outspoken about his fashion choices in the past -- and says it's all in the name of good fun.

"If somebody is just wearing something for the blogs, that's really sad because they're not living for themselves, versus someone wearing a kimono who's having an awesome time," he told Billboard back in March. "I really look to see, do you care more about what other people think, or are you having fun?"

From the looks of it, they had a blast!

See more celebrity prom pics in the gallery above.