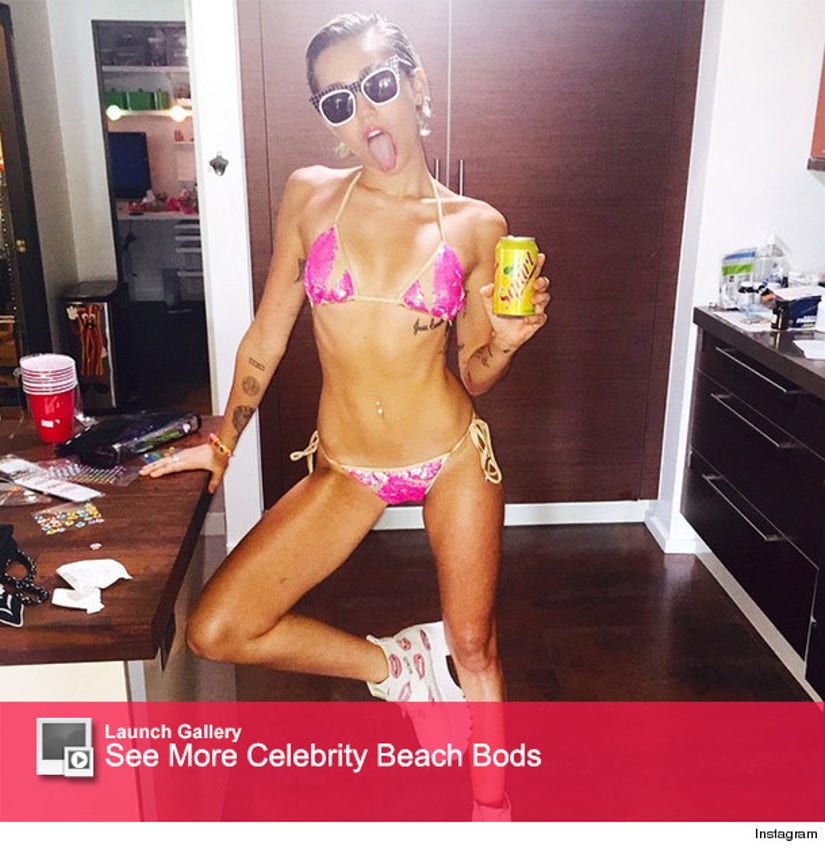 Miley Cyrus isn't afraid to show off her body ... and we can see why!

The "Bangerz" singer took to Instagram to flaunt her uber-fit bikini bod, putting her toned abs and tiny waist on display in a pink two-piece.

"SQUIRT," she captioned the sexy selfie.

The 22-year-old star also posted a series of photos with Wayne Coyne of the Flaming Lips. The two worked together last year on the strange music video for "Superfreak" and are collaborating again on new music.

While the pair's friendship seems unconventional, the 54-year-old rocker revealed why he enjoys working with the former "Hannah Montana" starlet. 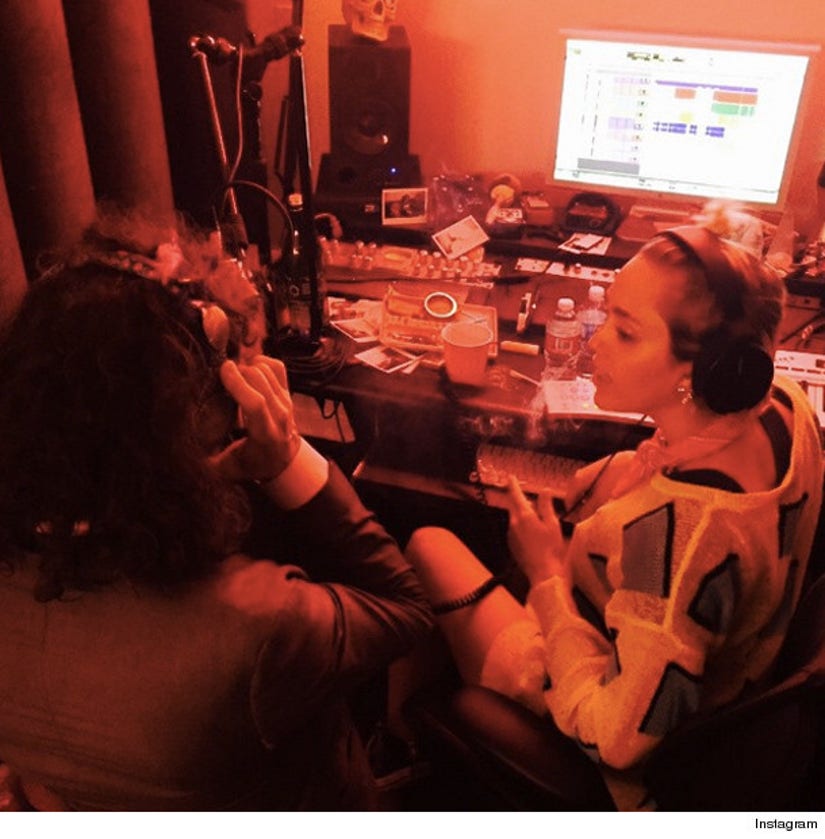 "Miley Cyrus makes you feel good about being a freak and doesn't punish you for it," Wayne told the Independent. "We really have a spark."

"If I have the mindset that I'm making songs for Miley Cyrus I make the best freaking Flaming Lips songs they could possibly be," he added. "You can get bogged down trying to write a Flaming Lips song, but if it's about lesbian sex and doing drugs for one of Miley's songs, it frees you up."

Does that sum it up for you?!