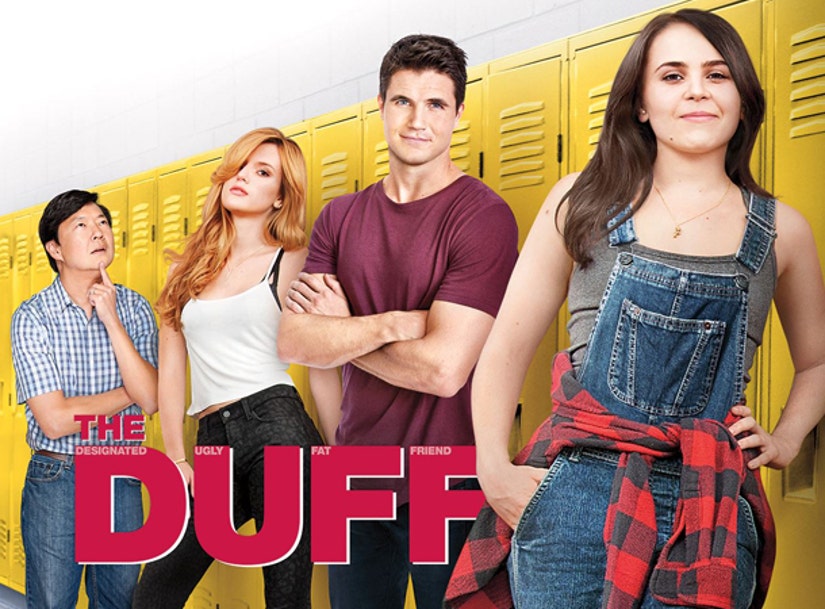 You might find it hard to believe that Bella Thorne could be anyone's "DUFF" -- which stands for "Designated Ugly Fat Friend" -- but, the 17-year-old says she's has turned the word into a positive.

"The DUFF," ﻿which is on VOD platforms now and hits Bluray next week, chronicles the relationship ups and downs of a high school misfit (Mae Whitman) labeled the "DUFF" of her peers. With a Queen Bee (Thorne) ruling the school and a hot jock next door (Robbie Amell), tensions and hormones run high ... leading to some epic putdowns and sexy liplocks.

Ultimately, the movie has a great message of self acceptance -- one that Bella has translated to her own life.

toofab's Rachel Hoffman caught up with the young starlet to talk about why she considers herself "The DUFF" in her group of friends, what it was like to kiss Robbie and who she is actually dating.

Check out the full interview below! 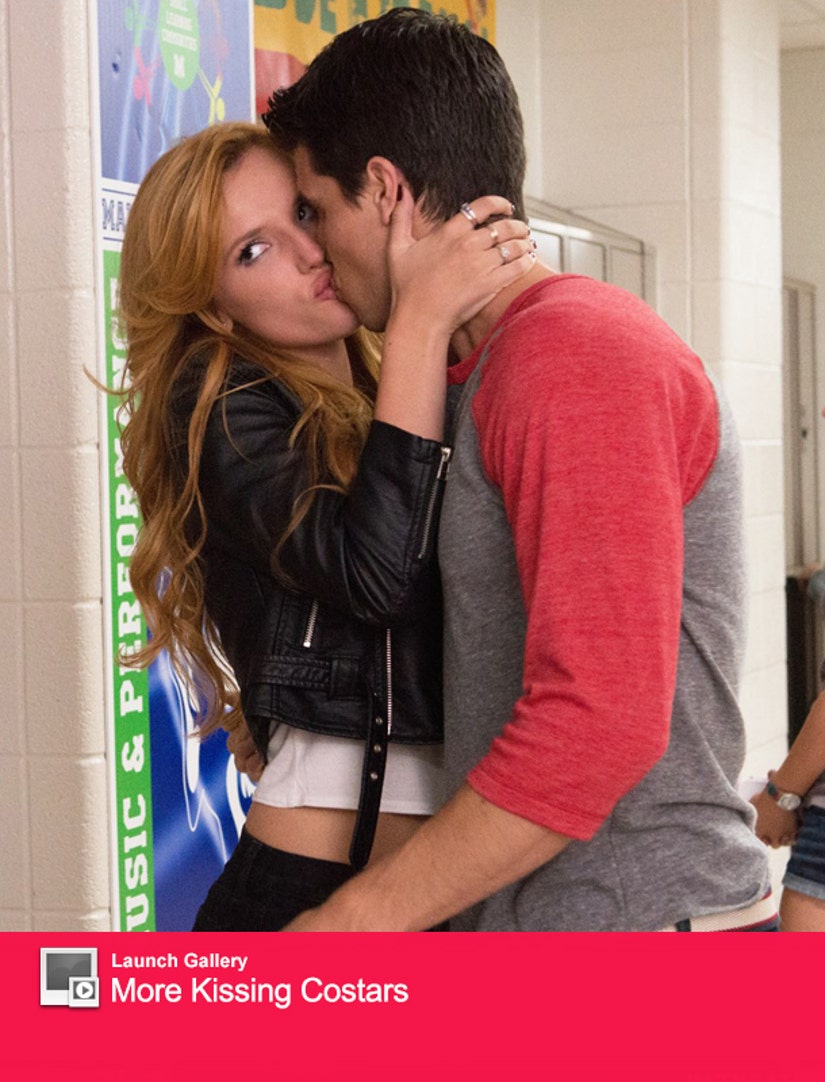 toofab: You play Madison Morgan in the movie – what was it like being the mean girl?

Bella: It was cool, it was fun. It was a little hard at times to be mean to somebody so cute.

toofab: Did you take any inspiration from any other mean girls for your character?

Bella: "Jawbreaker." That was the most like my character. My character isn't like Regina George in "Mean Girls" because Regina is fake. She's nice but then bitchy behind your back. My character was very mean. She was more like the [Rose McGowan] character in "Jawbreaker" – just straight up mean.

toofab: You're homeschooled, but which high school group do you think you'd be in?

Bella: I don't know that I'd be in a group. If I was, I'd probably be more of an art freak – that's what the mean girls call them. I'm super down to chill and talk about art.

toofab: You had your first major kissing scene with Robbie – were you nervous?

Bella: Yeah, I was nervous, but they made me feel so comfortable.

toofab: What was it like being the youngest on set?

Bella: It was definitely a little weird. They like to make age jokes, and I don't think it's that funny. We hung out, and they also said I don't act my age.

toofab: This movie has a great self-acceptance message, is there anything you were insecure about before that you've learned to like about yourself?

Bella: So many things … my laugh! I have a really ugly laugh. I'm always laughing, I love laughing – I think it's beautiful, sweet and romantic. And I have the worst laugh. Everybody that hears it says something about it.

toofab: The word DUFF has some negative connotations, but the movie turns it on its head. Were you surprised by some of the initial backlash?

Bella: I think people have their misconceptions about everything. You can't judge a book by its cover. The movie is also a famous book, so we didn't come up with the word. And it's just a word – it's how you use it. It's like any stereotype. If anyone thinks that high school is that mean – and that's all there is to it – you're sorely mistaken. 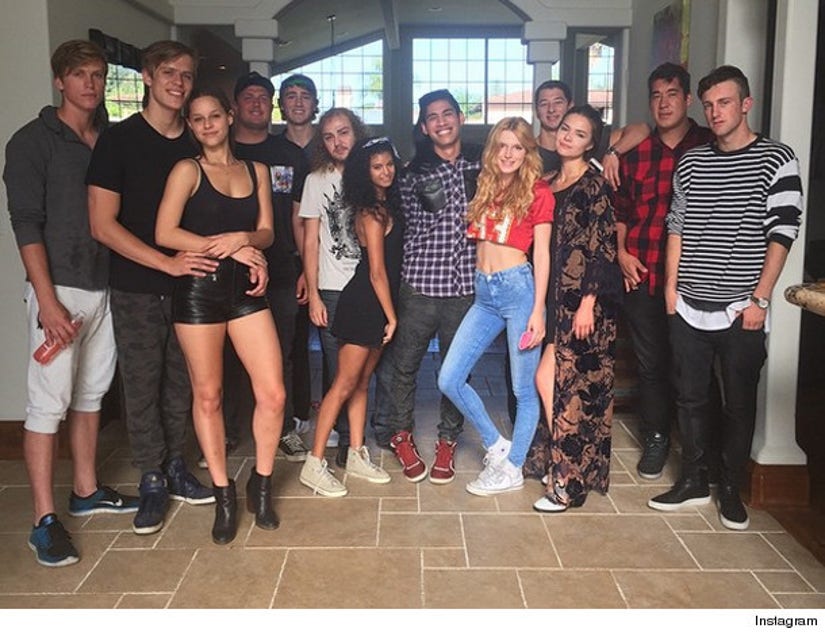 toofab: Who's the most surprising person who has said to you 'I'm a DUFF'?

Bella: I don't really know anybody who says it in my group. My best friend is studying to be a social worker at NYU, and my other best friend, Bella, is going to UC Davis to be a veterinarian, so I think I'm The DUFF because I'm just an actress.

toofab: You also have “Scream” coming up – your character is inspired by Drew Barrymore's character from the original -- what was it like stepping into her shoes?

Bella: It was fun, it was interesting. I wouldn't say it's exactly like Drew's character. We've reinvented the movie and updated it. We kept the best parts and did something different with it, so it's not the same as the movie.

toofab: In true MTV form, we're expecting to see a lot of skin.

Bella: Wait until you see it! I've never showed this much skin onscreen before. I was in a bikini the whole time. It wasn't too strange for me. I grew up modeling, so I don't have any body issues. It doesn't bother me. I know what my body looks like and I'm not mad at it.” 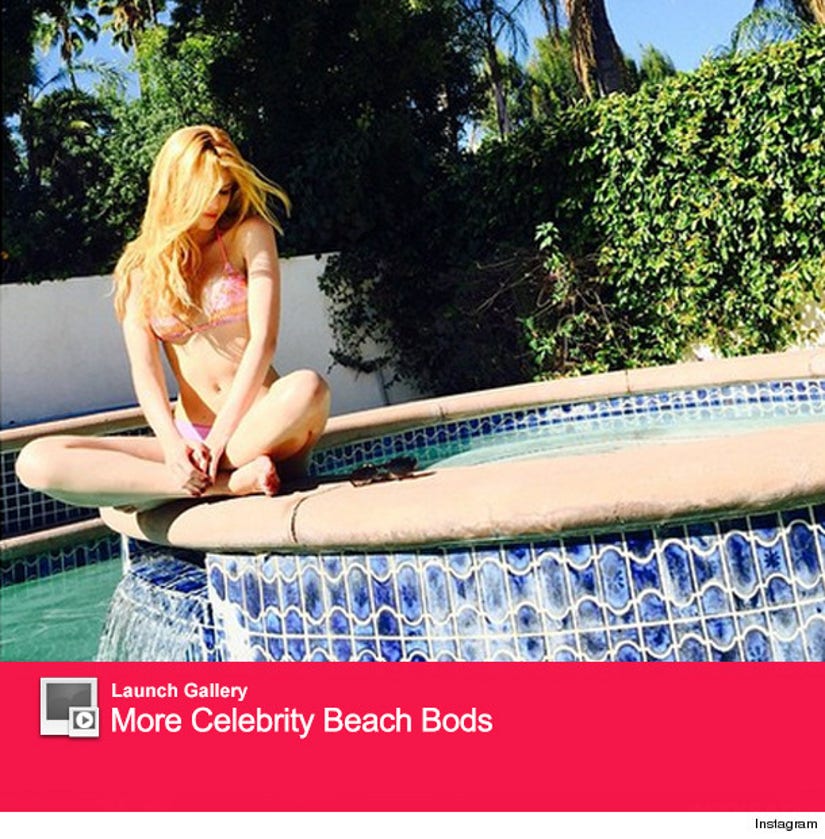 toofab: Your love life has gotten a lot of attention lately – do you have a boyfriend now or are you just having fun dating?

Bella: I'm dating. It's interesting, it's fun. I feel like dating is really hard because I like to date everyone. Everybody in the industry dates everyone. That can be a little weird. I would like to date one person, instead of dating a bunch of people.

toofab: It seems like you can't be friends with a guy because it always sparks romance rumors. Is that hard for you?

toofab: What else do you have coming up?

Bella: I have my own show coming out on ABC Family that I'm producing. I have a few movies coming out this year. I'm currently shooting a movie.

See Bella in action in "The DUFF" when it lands on home video June 9th, and proclaim your own DUFF status by winning this amazing giveaway package!