The "Entourage" boys are spilling their dirty little secrets!

Kevin Connolly, Jerry Ferrara, Kevin Dillon and Adrian Grenier stop by "The Ellen DeGeneres Show" today to promo the film adaptation of the HBO series, where they took on a juicy game of "Never Have I Ever" with the talk show host herself.

"This is a game that was basically invented for you guys," Ellen DeGeneres told the group of guys -- with Connolly replying, "We know each other pretty well, so I'll know if anybody's lying."

The comedienne jumps right in, asking the guys if they've ever had sex in a trailer or on the set of "Entourage." 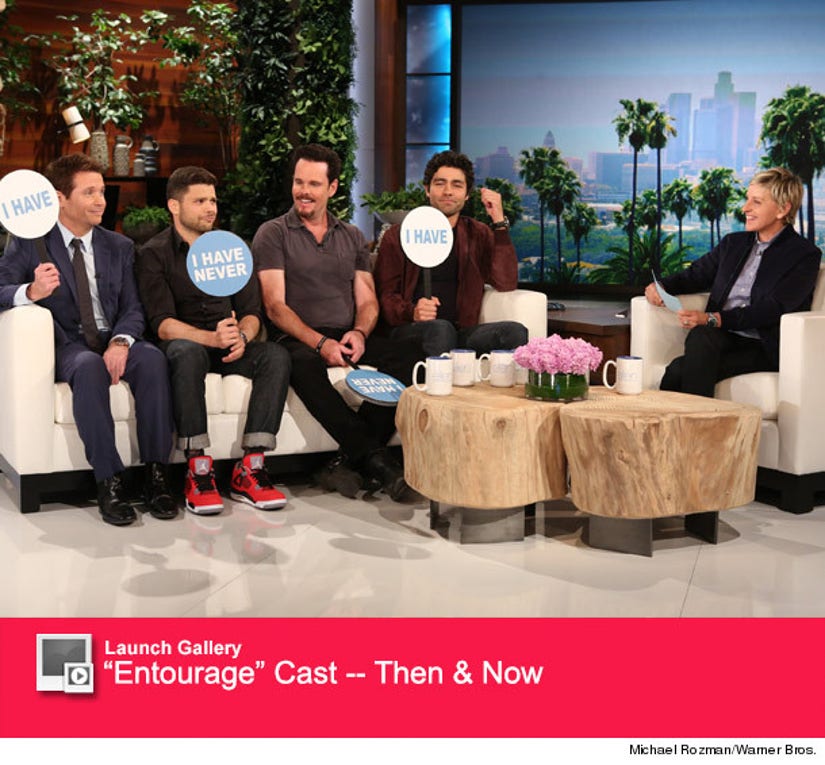 Connolly is the first to cop to the dirty deed -- but he's not the only one!

Check out the video above to see who hooked up with someone who didn't even know their real name and which of them got down with an 'Entourage' guest star. One thing is clear: These guys have all done a lot.

Watch the video below to find out what Jerry said about his dramatic weight loss ... and see why writer Doug Ellin asked him to pack on the pounds for the movie!