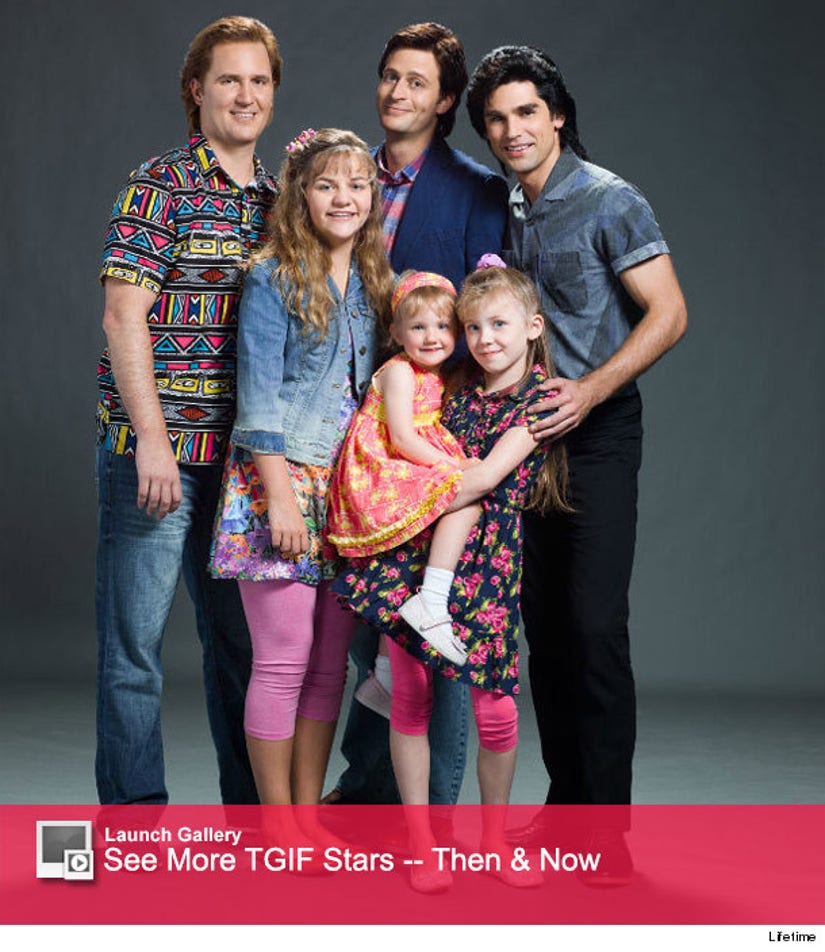 The first cast photo from Lifetime's latest behind-the-scenes flick, "The Unauthorized Full House Story" is here -- and wow, is it a real treat.

Packed with '90s fashion and at least one outrageous wig, the stars of the film are revealed for the first time. Garrett Brawith looks pretty solid as Bob Saget, seen alongside Justin Mader as Dave Coulier and Justin Gaston as John Stamos.

Yes, the same Justin Gaston that once dated Miley Cyrus.

As for the girls, Shelby Armstrong and Brittney Wilson will tackle Candace Cameron, Dakota Guppy and Gordyn Olson star as Jodie Sweetin and two young pairs of twins play the Olsens. Each of the "characters" will be seen at two different stages in their lives.

"From its start as an unassuming family comedy in 1987 to its eventual wildly popular 192-episode run, the film centers on the rise of the cast of one of America's most beloved family sitcoms and the pressures they faced in balancing their television personas with their real lives," a plot synopsis from Lifetime reads.

The film will premiere August 22 on the network.

The new flick follows Lifetime's "Unauthorized Saved by the Bell" film, which drew some serious criticism from the series' original cast.

So far, the "Full House" stars have remained mum on this new treatment, though Dave Coulier did take to Twitter today to react to the just-released photo.

His response: "This is hysterical!"