The drama on season 3 of "Marriage Boot Camp: Reality Stars" is already heating up!

On the heels of their mock weddings, Jim and Elizabeth Carroll put the reality stars in the hot seat again by asking them to write down things they don't like about each other.

In an exclusive sneak peek of this week's episode, Aubrey O'Day and boyfriend Travis Garland don't hold anything back when it comes to slamming each other's biggest flaws.

"I'd like you to pick one of the stickers on him that has caused you the most pain," Jim says to the troubled couple. "I want you to tell him what it is and how it makes you feel."

"Anything that I do that's not to your liking is a put-down. It's disrespecting you," she yells, adding air quotes to the last statement. "It just makes me feel like you're not the one." 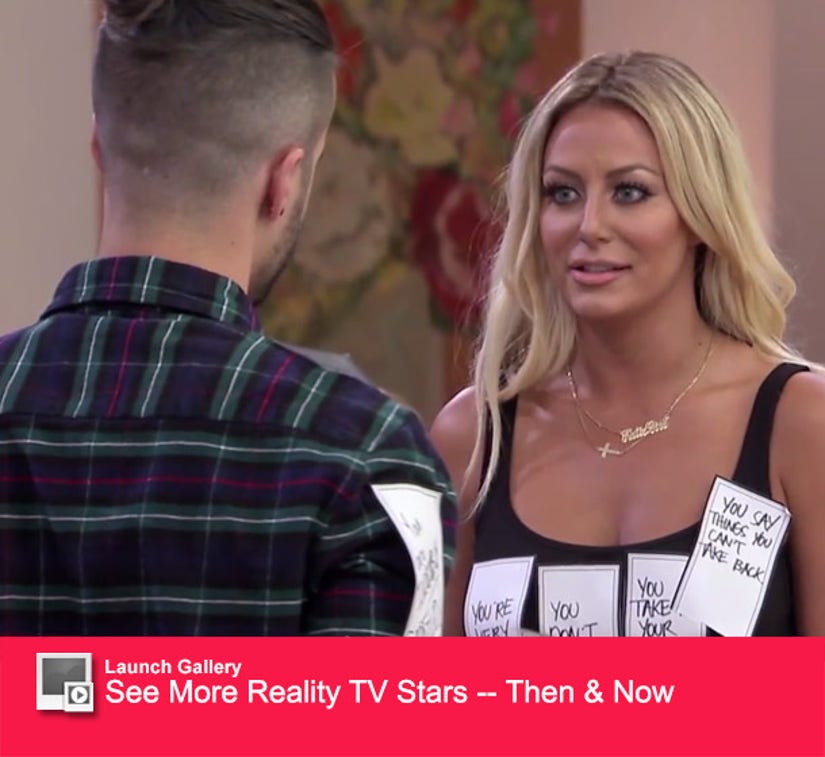 Later in the episode, we also see the pair simulate what it would be like to find out their loved one was in a terrible accident after having an argument.

Aubrey is forced to re-live the last things she said to Travis before watching him pretend to pass away. Check out the clip below to see her break down in tears as she says goodbye!

See all the drama unfold on "Marriage Boot Camp: Reality Stars," on Friday at 9PM ET/PT on WE tv.