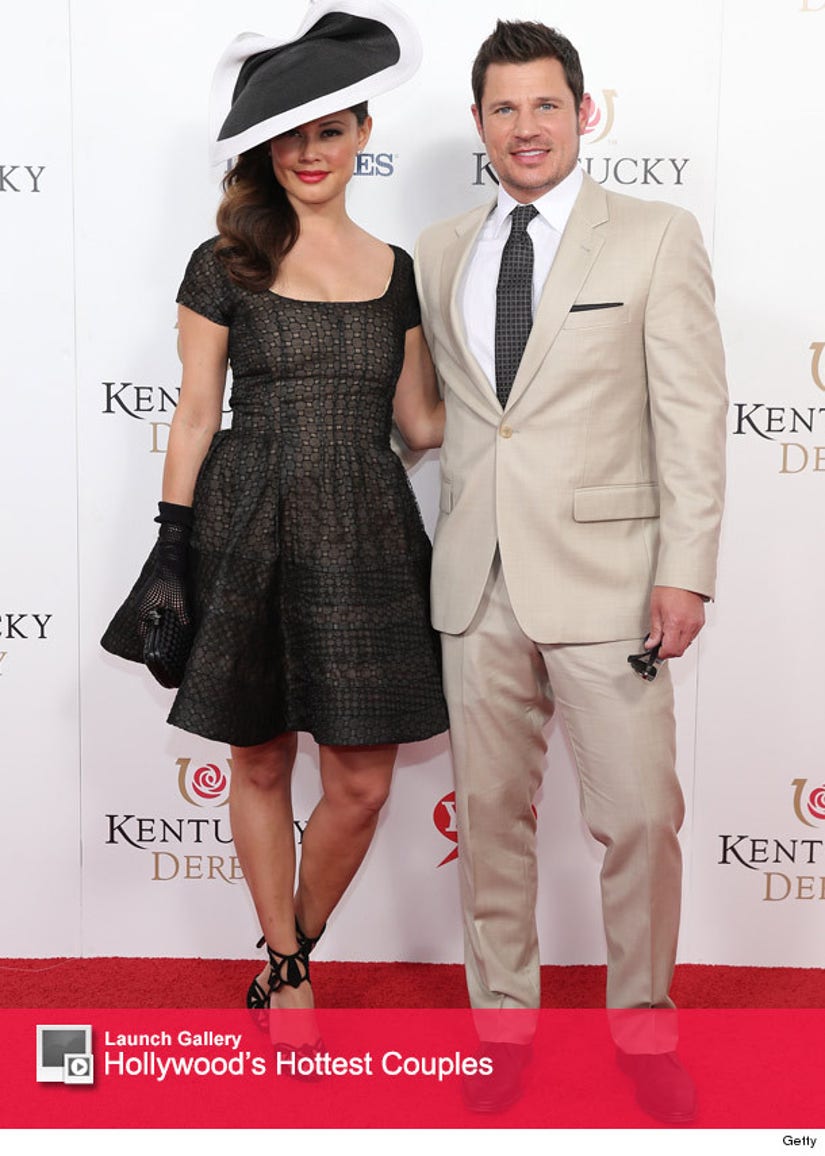 Vanessa Lachey might have one of the cutest families around!

The "TRL" alum chatted with toofab's Brittany Kyles on Thursday, where she opened up about her adorable kiddos with hubby Nick Lachey, Camden and Brooklyn, Nick's latest reality TV venture and her brand new partnership with Popsicle.

The cute couple welcomed daughter Brooklyn in January -- and, according to Vanessa, the little girl and their 2-year-old son already share a special sibling bond.

"She's great, every single day is a fun new adventure, more so because I have an older one and watching their interactions ... she's now at the point where Camden makes her laugh," Lachey gushes. "He gets a kick out of making her laugh and I get a kick out of watching him. I take a video and send it to Nick. It's just so awesome watching them growing up together."

It also sounds like little Brooklyn is behaving just as well as her older bro. There are no sleepless nights for the Lacheys!

"She's amazing. She did [about] 12 hours pretty quickly, she sleeps 11 hrs, 7:30 pm-6:30 am. But you know what, they are amazing and we were pretty lucky," she says. "I'd like to give credit to both Nick and myself. We did a lot of research and we read a lot of books. We tried to implement these techniques to help get our kids get on a sleep routine, mostly because of how beneficial it is in young developing minds to have them well-rested."

"We work hard at it, and you know now Camden sleeps 12 hours and she [sleeps] 11hrs. But we had a moment of just patting ourselves on our back and saying we did it, and also, we get time together," she continues. "We put the kids down and then it's mommy/daddy time to hang out, listen to some music, watch a movie and have a glass of wine. So it's a great balance for us and our family."

The 34-year-old beauty also says that having a baby girl has brought out the softer side of the 98 Degrees frontman.

"It's different because I have seen him be more gentle, but he is just a great dad," she confesses. 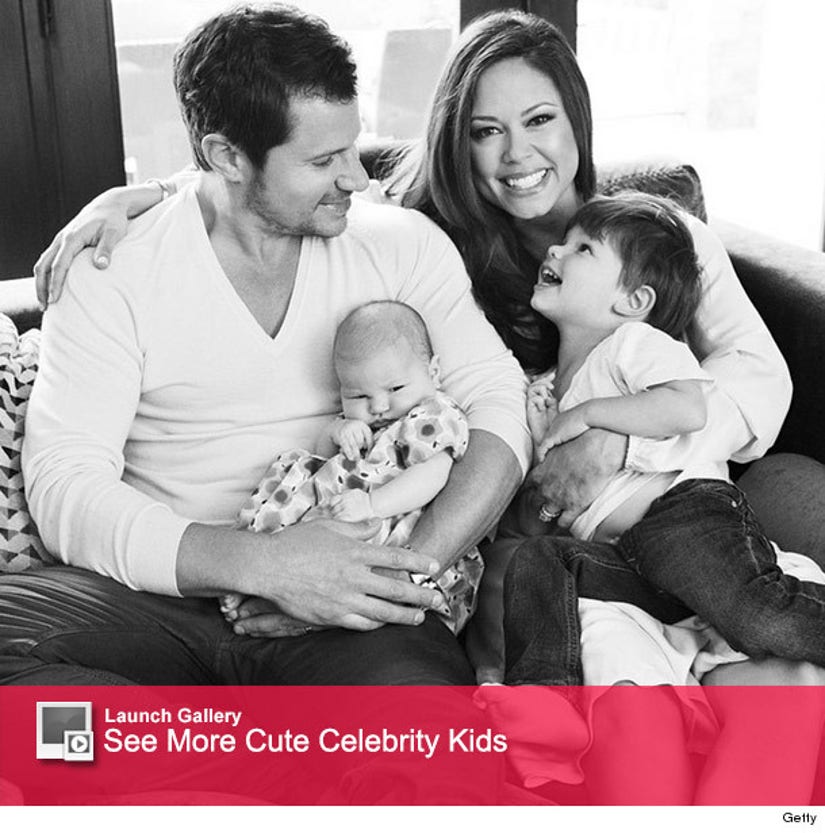 Vanessa's also teamed up with Popsicle, and revealed how the sweet summer treat has become a staple in her household.

"You know one amazing thing that I love is my family, [and] I love that Popsicle allows us to have those moments as a family and just cherish a summer treat," she says of her new partnership. "Something that Popsicle has done, which has made it really fun for me to incorporate Camden in, is they partnered with Marvel and they have Avengers popsicles and it's just really cool."

"We love working and we love what we do, but family is first and foremost our priority. It's at the top of our list and everything else trickles down from that," she adds. "So if we can have these moments of family time and just enjoying a summer treat, a popsicle by the pool is pretty special."

Speaking of work, Lachey's equally sexy hubby has a new reality show set to hit A&E later this year, which will follow Nick and brother Drew Lachey as they build their very own bar.

And Vanessa teases that we'll see a little glimpse into their family life as well!

"The show is about Nick and Drew and their brotherhood and life in Cincinnati," she says. "Obviously, I'm Nick's wife and Drew's sister-in-law, so we do come in here and there but it's 100% about them. I'm so proud of him and his brother for literally starting this bar from the ground up,."

"It's really amazing to see it all come to fruition," she explains. "Again, we're sprinkled in because we are his family and that is a part of his life."

We can't wait to see more from the Lacheys when Nick and Drew's show hits A&E later this year!

What do you think about Vanessa's parenting tips? Sound off below and check out the galleries above to see more of Hollywood's hottest couples and cutest kids!