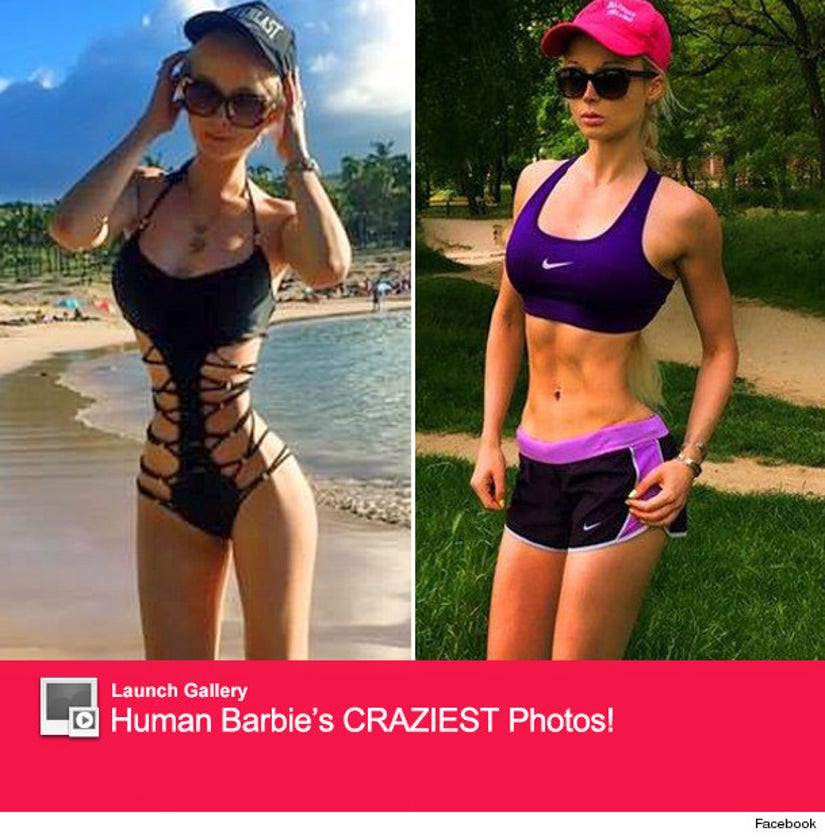 Valeria Lukyanova (aka The Human Barbie and Amatue) just did a brand new interview with Cosmopolitan, where she opens up about her Internet nickname, her haters and what her husband (yes, she's married!) thinks of all the online attention.

The one-on-one was done via Skype, giving us a look at the viral sensation in motion. The Ukrainian model rose in popularity thanks to her Instagram and Facebook photos of ridiculous physique and doll-like features, which she says are mostly natural. Lukyanova only admits to having breast implants and says she doesn't Photoshop her images -- adding that she only uses Instagram filters.

Check 'em out in the gallery above and decide for yourself.

See the Human Doll Who Claims She's Never Had Surgery

"I think it's even a little degrading and insulting, but I'm used to it now, since that's what my work demands and this is precisely the image most fans request," Valeria says of the Human Barbie name. "So I have to comply with it because it's become part of my aesthetic image, but I don't like it."

Another thing she didn't like at first: All the attention her online reputation caused for her real life.

"Some people even followed me, secretly taking my photo. That I don't like," she says. "But then, with time, I got used to it. People always want to take my photo. I don't refuse it now. Everyone likes attention on the Internet, including me as well. But attention in reality sometimes can be too much. Sometimes you want harmony and peace."

While she's on the fence about some of the limelight, Valeria says her husband is "fine with it" -- adding that he "treats it as my aesthetic image."

Lukyanova also opens up about her copy cats and her haters during the interview, which was translated from Russian.

"I think that people are exposed to fashion and subcultures, and they want attention," she says of the other Barbies and Kens out there in the world. "The main thing is that people do not forget to develop their inner world. Because appearance is secondary and our spirit is primary."

"I think they just really envy me because they don't have a pretty face or a pretty figure," she adds. "They eat at McDonald's, and that's how they defend themselves. They laugh and say that they don't need this. If this didn't bother them inside, they wouldn't laugh. They have envy."

Check out the gallery above for more of her bizarre selfies -- and watch the interview with Cosmo below!