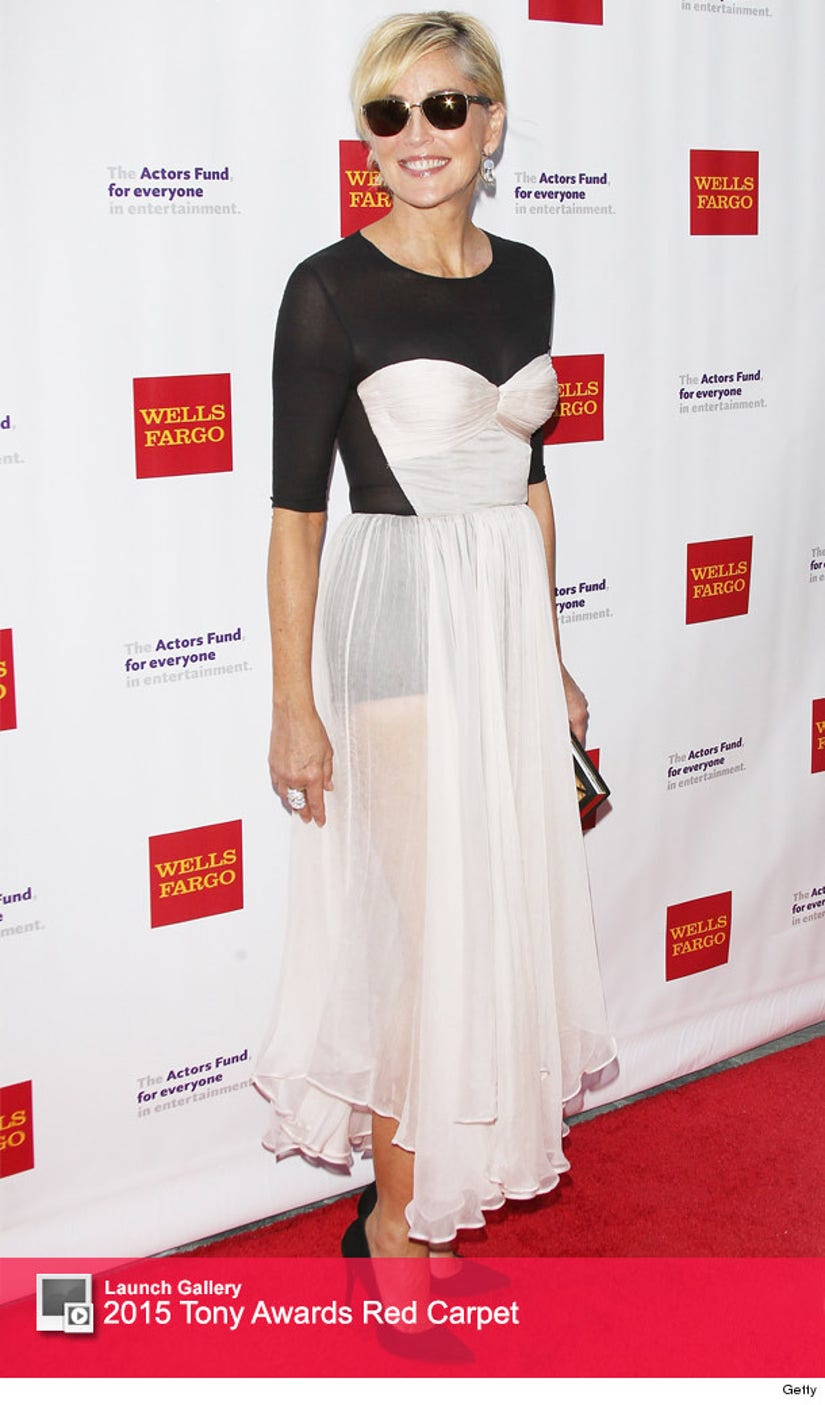 Sharon Stone's still got it!

The 57-year-old beauty stunned on the red carpet wearing a black and white quarter-length-sleeved dress, which showed off her long legs in the sheer portion of the skirt.

Stone completed her edgy yet classic look with retro sunnies, a gold clutch and black pumps. Sharon styled her short blonde tresses parted to the side and sported minimal makeup for the night.

Stone likewise recently penned an essay for The Hollywood Reporter, where she shared her personal feelings about aging in Tinsel Town.

"I love it when people say, 'In Hollywood, you're not allowed to get older.' Really, who gives a sh-t what Hollywood thinks about anything? I've been here a long time: I've seen 'em come and I've seen 'em go," she revealed.

"But it's not like I go into a room thinking, 'I'm 56.' It's not the way I greet people or think about myself. I go to an audition or meeting and think, 'Even if this part wasn't written for me or a female, I might be the best one to play the judge or the policeman," she confessed.

The "Casino" star wasn't the only big name of the night -- check out the gallery above to see Kendall Jenner, Vanessa Hudgens, Debra Messing, Amanda Seyfried and more celeb sightings from the 2015 Tony Awards!