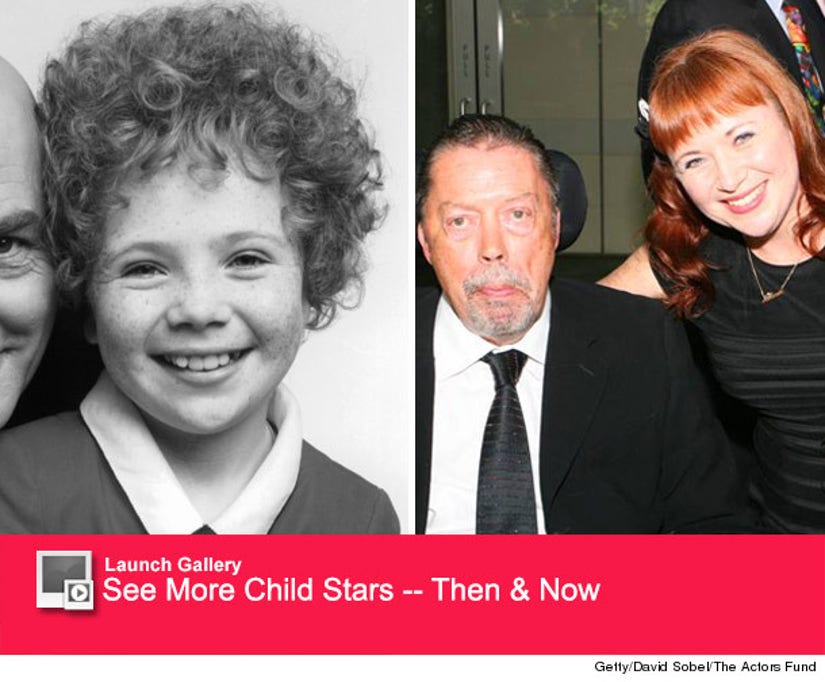 Little orphan Annie is all grown up!

There was a touching "Annie" reunion at the Actors Fund's 19th Annual Tony Awards Viewing party on Sunday in Los Angeles.

Aileen Quinn (Annie) joined her costar Tim Curry (the evil Rooster Hannigan) at the event, where he was honored with the Lifetime Achievement Award.

It's been 33 years since the beloved 1982 musical hit the big screen -- and it's been that long since these two have seen each other.

"He was so caring and nurturing. I know he's known for these crazy, wild, evil characters, but offscreen, he was so kind to me," Aileen told MovieFone on the red carpet. "He would protect me and hold my hand real tight during stunt work. He would ask, 'Are you nervous?' He was so sweet. I can't wait to give him a big hug."

Tim suffered a stroke two years ago, and while his speech has slowed, the actor was in great spirits at the viewing party and when he accepted the award.

Curry's had an incredible career in Hollywood -- the 69-year-old actor's best known for his work in everything from "The Rocky Horror Picture Show" to "It."

Aileen, on the other hand, has kept a pretty low-profile since her childhood stardom days, recently appearing on the TV series "The Comeback Kids" and the drama "Multiple Sarcasms."

She's still got those red locks though!

We love that Curry's "Annie" costar came out to support him for his big night -- click "Launch Gallery" above to see how more former child stars have aged through the years.