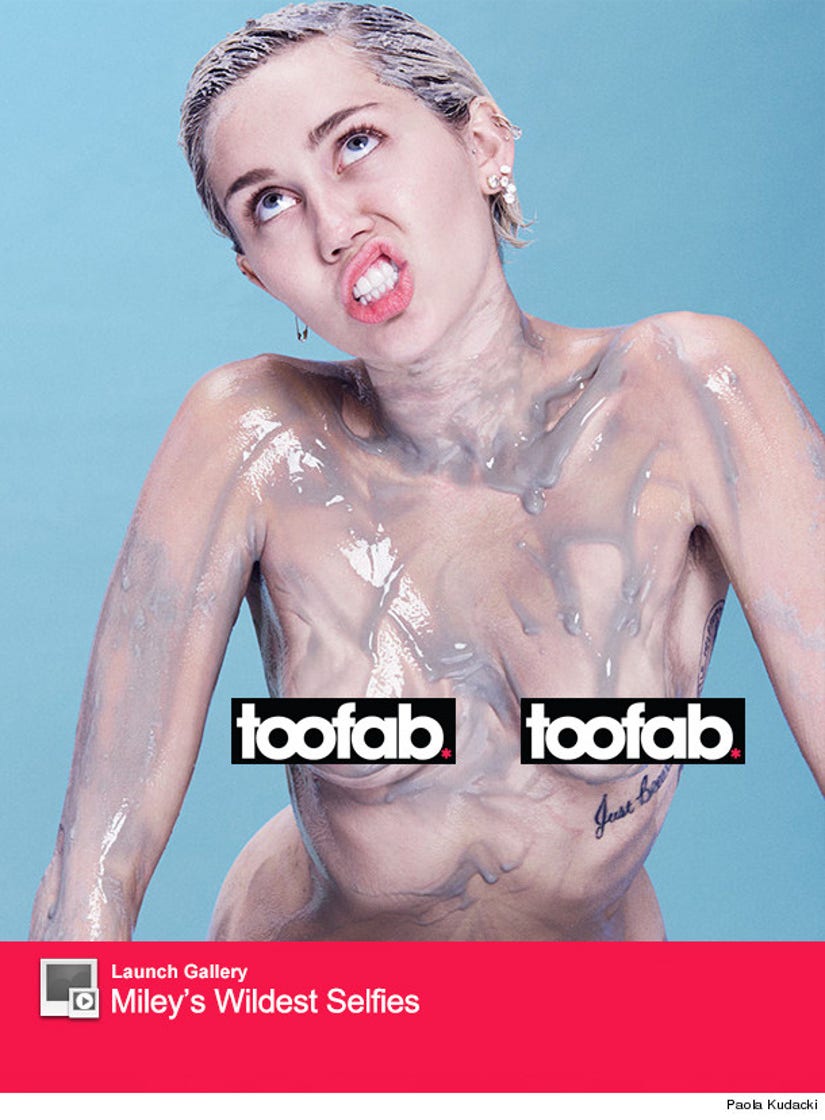 Miley Cyrus is taking it all off ... again.

The singer, who has never shied away from showing off her nude physique, gets naked in a new spread for Paper Magazine -- the same publication Kim Kardashian famously stripped for last year.

With her nipples and ladybits on display, the 22-year-old proudly shows off her body while wearing little more than paint, dirt, one of her own art projects and, in one photo, something slimy.

Photographer Paola Kudacki took the pics, while Miley was styled by Diane Martel for the shoot. 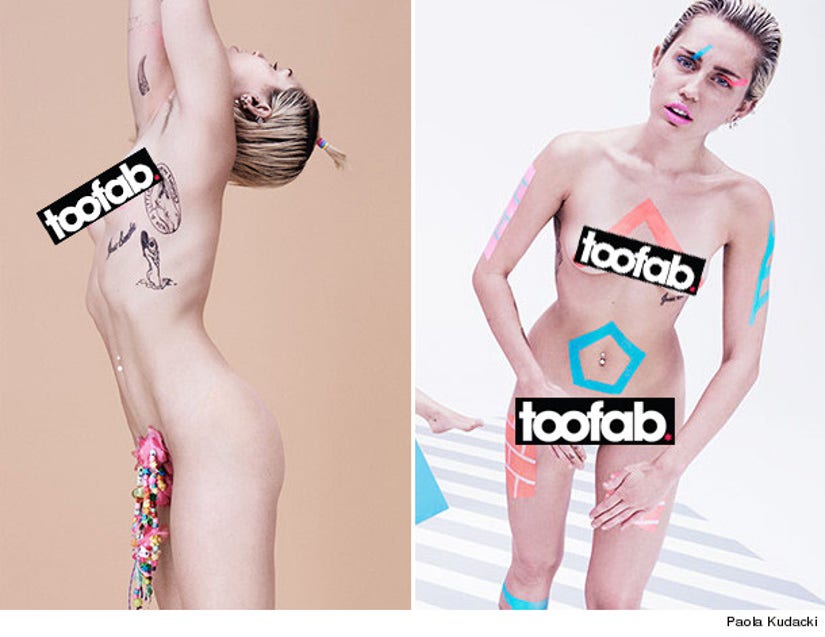 Inside the issue, the former "Hannah Montana" star gets frank about her sexuality -- saying she's "down" with male or female lovers.

"I am literally open to every single thing that is consenting and doesn't involve an animal and everyone is of age. Everything that's legal, I'm down with. Yo, I'm down with any adult -- anyone over the age of 18 who is down to love me," she tells the mag. "I don't relate to being boy or girl, and I don't have to have my partner relate to boy or girl."

According to the publication, she adds that she's had relationships with women that were as serious as her engagement to Liam Hemsworth.

"I've had that. But people never really looked at it, and I never brought it into the spotlight," she adds.

Cyrus says she was very open about her attraction to women with her mother when she was only 14.

"I remember telling her I admire women in a different way. And she asked me what that meant. And I said, I love them. I love them like I love boys," she says. "And it was so hard for her to understand. She didn't want me to be judged and she didn't want me to go to hell. But she believes in me more than she believes in any god. I just asked for her to accept me. And she has."

See more wild (and NSFW) photos from Miley's nude pictorial right here. What do you think of the pics? Sound off below!