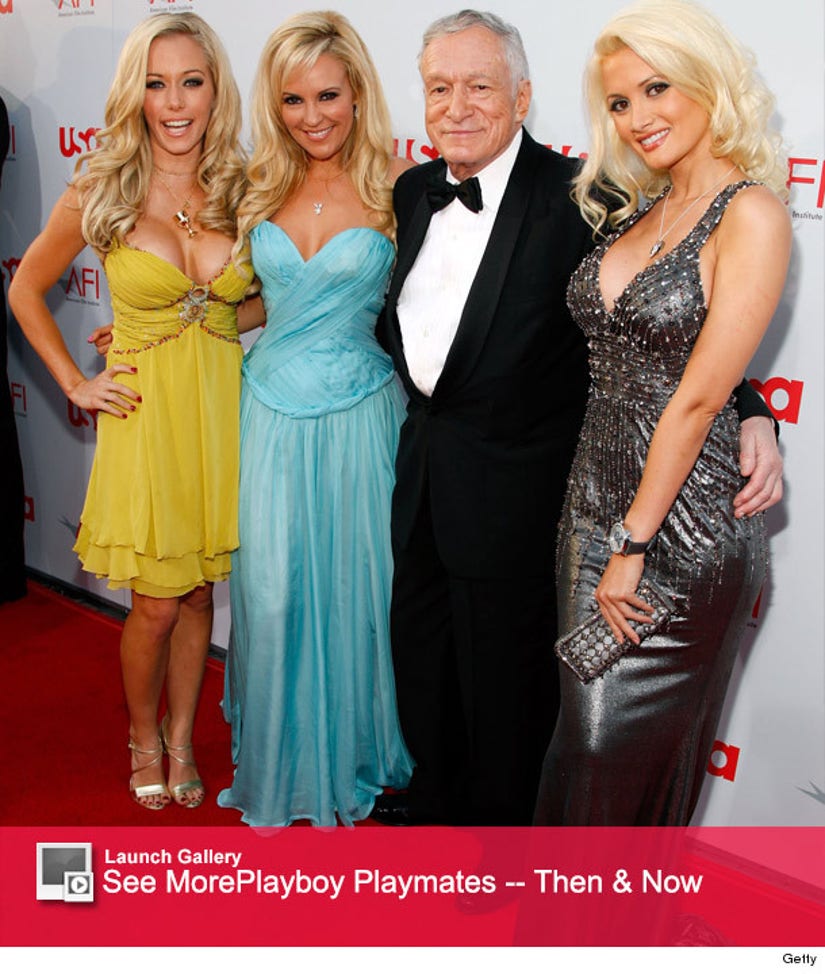 Holly Madison is opening up about her time inside the Playboy Mansion ... and it ain't a pretty picture!

The former "Girls Next Door" star is telling all in a new memoir, "Down the Rabbit Hole: Curious Adventures and Cautionary Tales of a Former Playboy Bunny," out June 23 -- exposing her suicidal thoughts and how Hugh Hefner allegedly treated her during their time together.

According to excerpts released to both People and Us Magazine, Madison -- who was Hef's #1 girlfriend during the early '00s -- says the Playboy head honcho was a "manipulator" who pitted his girls against each other.

"I realized I wasn't treated well ... I don't have any loyalty to Hef," she says. "I haven't talked to him in four years, so there's no reason to reach out now."

She opens up about one especially depressing time when she considered ending it all.

"Maybe it was the pot and the alcohol, but drowning myself seemed like the logical way to escape the ridiculous life I was leading," she writes. "Would he even miss me? No, I was certain I was just another warm body – as we all were. 'Just another blonde,' I could hear him say."

Because of that reason, she didn't go through with it.

In other released tidbits, Madison says Hefner talked down to her when she decided to change up her look.

"He likes all the girls to look very uniform, with long white hair. The one time I cut my hair, I was reprimanded right away," she says -- going on to say he told her she looked "old, hard and cheap" after her makeover.

Holly says Hugh also had her followed and accused her of cheating on him with magician Criss Angel, who she later dated. She says that's when she decided to leave, even after Hugh allegedly offered to change his will and give her $3 million at the time of his death if they stayed with him at the mansion.

We can't wait to see what else she has to say about when the book releases June 23 ... or how Hef will react to all the dirty details!