Chris Pratt is more than just a pretty face with a good bod -- he's got a personality (and dance moves) to match.

Wonder what it's like to work with him? Ty Simpkins, who co-stars with Pratt in the upcoming "Jurassic World," says the actor is a source of joy and energy for those he works with on set.

"When you're having a bad day, he'll always cheer you up," Simpkins tells toofab's Brian Particelli with a laugh. "You know, you're just tired, [and] he'll wake you up."

When asked if Pratt broke out into dance often on set, Simpkins said, "Definitely. He said that he was working his 'funk pistons' and he started doing like high-knees and like squats and stuff and I was like, 'You're the weirdest person!' but in a good way."

See some of those moves in the video above.

Co-star Bryce Dallas Howard says she and several members of the cast and crew of "Jurassic World" went to see "Guardians of the Galaxy" – the 2014 film that launched Pratt into movie stardom -- together in theaters during production. She says that working with him on the "precipice of his career blowing up" was one of the most rewarding moments of filming.

"While we were shooting the movie, all of us were looking at each other and saying, 'Whoa, this guy is no joke,'" Howard continues. "I was basically running a campaign: 'Chris Pratt For President.' I just think he can do anything. He'll save us all. Getting to see him in that moment – it was such a beautiful thing for all of us to truly fall in love with his human being." 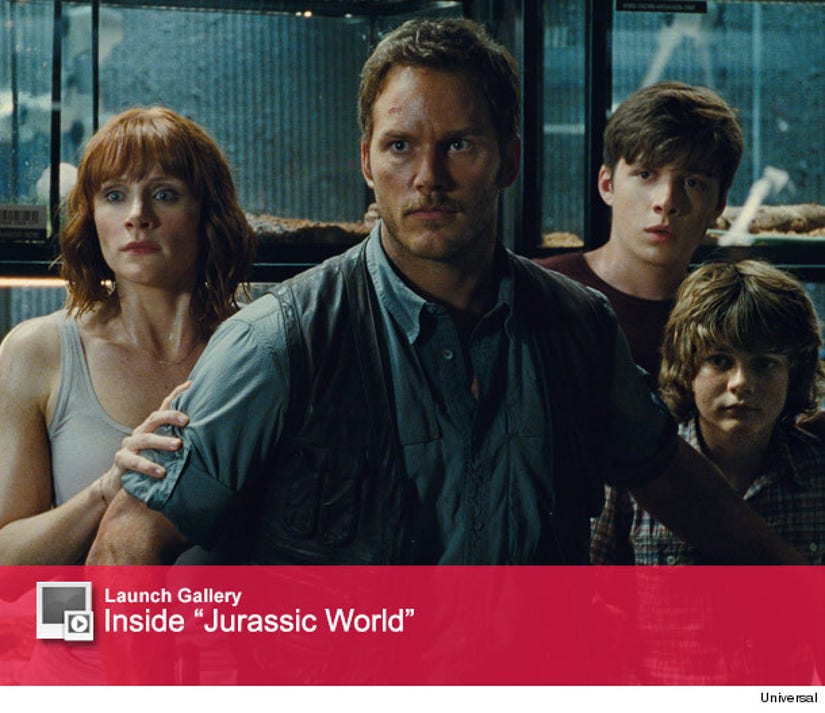 Vincent D'Onofrio, who also stars in the "Jurassic Park" sequel, says he and Pratt "had a really good time [and] spent a lot of time together while shooting 'Jurassic World.'" Good thing they get along, because the actors will be working alongside each other once again in "Magnificent Seven," set to be released in 2017.

And while "Jurassic World" director Colin Trevorrow admits he tends to be the more serious one on set, he does say Pratt manages to keep focused and in the zone while maintaining high energy.

Watch a behind-the-scenes peek of Pratt's sick dance moves, and be sure to check out "Jurassic World" in theaters this Friday.