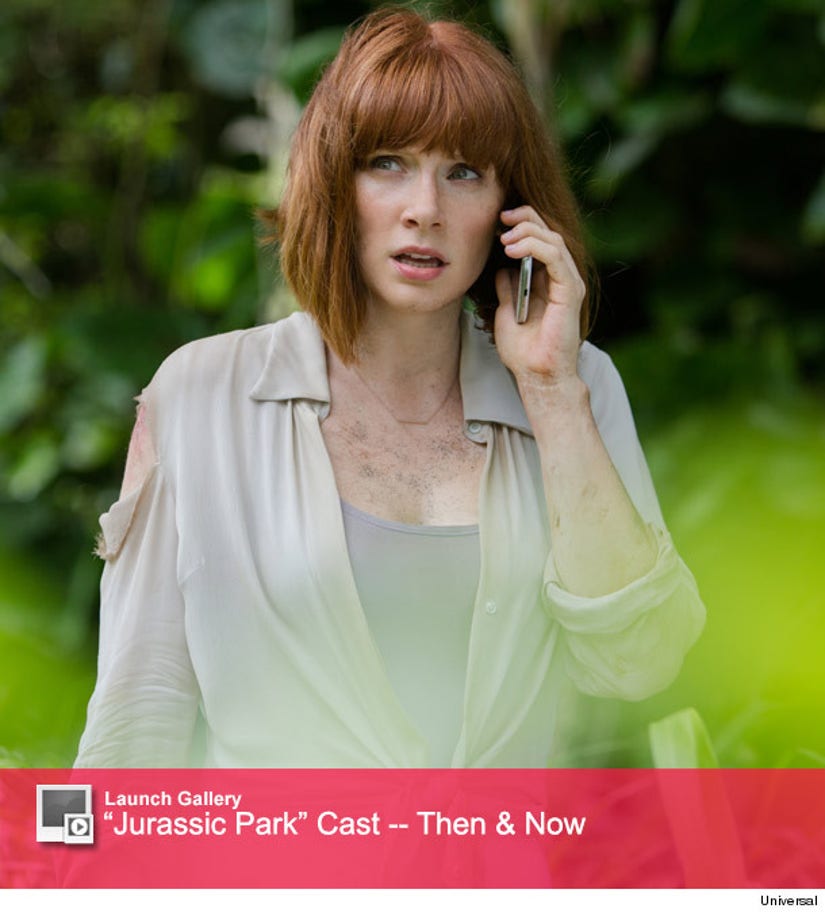 Bryce Dallas Howard was one of the many pre-teens in the world who were dying to see "Jurassic Park" opening weekend when it first opened back in 1993.

One problem: Her father wouldn't let her!

"All my friends were going to see the movie, opening night. I was not allowed to because I was 12 and it was PG-13," she told press while promoting "Jurassic World" over the weekend. "My parents are real literal."

But once they saw the film for themselves, something changed. "I remember this as clear as day, my dad said 'This is cinema history. You have to see this movie in the theaters.'"

Bryce herself is wrestling with a similar situation now, 22 years later, as she and husband Seth Gabel are debating whether to show mom's new flick to son Theodore -- who also makes a cameo in the film.

"Theo has this moment where he's in the background in the petting zoo scene and you can see it in the trailer where he hugs a dinosaur," she explains. "He said, 'I saw the trailer' and I was thinking to myself, 'That's ok,' and then he said, 'Dad showed me Jurassic Park' ... and I was like, 'Excuse me?!'"

"So I thought, maybe he fast-forwarded through certain parts. And I asked him and he said, 'Yeah, I just showed him the beginning,'" she continues. "Part of me was like, 'Why wouldn't you wait for me? I need to have that moment!' It's O.K., I still love him." 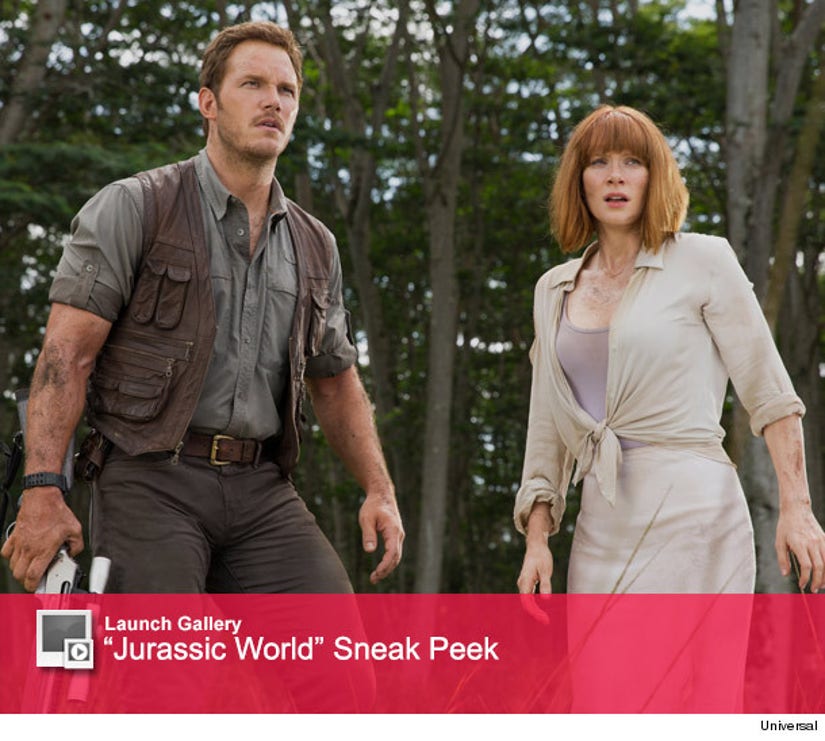 As the publicity tour for "Jurassic World" rolls along, a lot of attention has been given to the footwear Howard sports through the film. Her character is a very focused business woman who starts the film off in heels -- and then never takes them off, even while traversing the jungle when all hell breaks loose.

"Who the hell chooses to run in heels in the jungle?," she says with a laugh. "I think people are just trying to understand the insanity."

"When my mom watched it at the Paris premiere with me, she kept grabbing my arm and panicking during scenes when there were no dinosaurs," Bryce explains. "I was like, 'Why is she panicking?' And then I realized, oh my gosh, anytime I'm running in heels, she's having a panic attack. I was like, 'Mom, I'm here! You know I didn't get any injuries.' So, I think it was just something out of the ordinary." 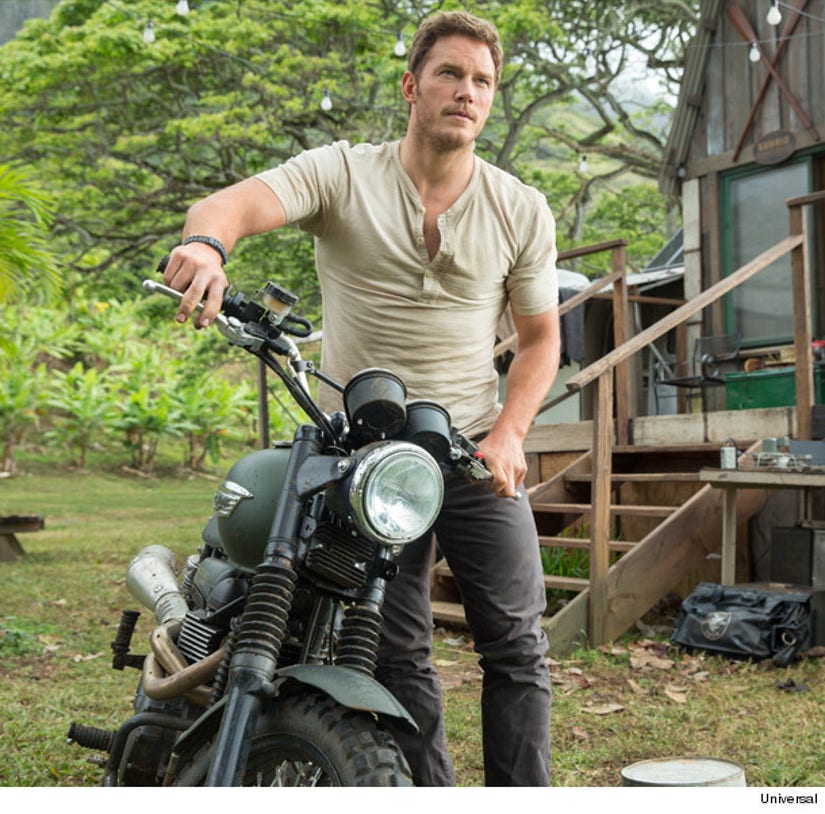 While the heels were a bit of a nuisance, working with costar Chris Pratt was anything but.

"There were so many things about doing this movie that were perfect," Bryce continues. "One of them was the chance to actually be in this film, but also getting to see Chris Pratt be in a movie, right on the precipice of his career blowing up."

When the actor was cast in one of the leads in the film, nobody had seen "Guardians of the Galaxy" yet.

"We actually saw 'Guardians of the Galaxy' ... a lot of the cast and crew went out together and saw it," she says. "While we were shooting the movie, all of us were looking at each other and saying, 'Whoa this guy is no joke.' I was basically running a campaign, Chris Pratt For President."

"I just think he can do anything. He'll save us all," she gushes. "Getting to see him in that moment, it was such a beautiful thing for all of us to truly fall in love with his human being, who then got catapulted into movie stardom."

See Chris, Bryce and the rest of the cast in action when "Jurassic World" opens this weekend.

For more from Bryce, check out our full interview with her below!