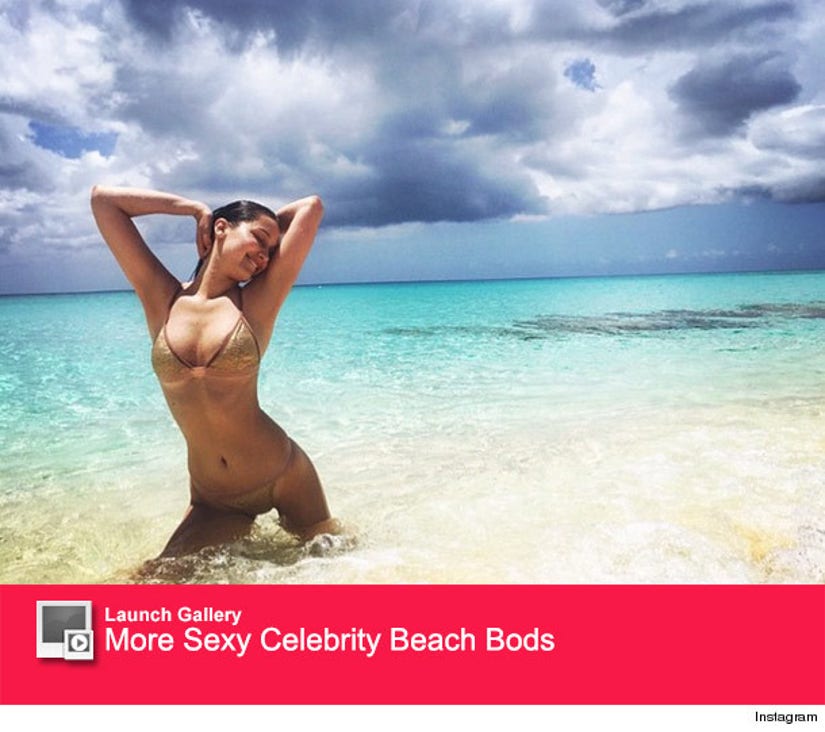 Bella Hadid is stepping out of her sister's shadow!

Gigi Hadid's younger sister took to Instagram to flaunt her killer bikini bod during a getaway to Turks and Caicos.

Sporting a teeny tiny gold two-piece, the 18-year-old beauty looked like a seasoned supermodel as she struck a pose in the crystal blue water.

Like her stunning sister, the brunette bombshell has been making a name for herself in the modeling world, gracing the pages of Glamour, Vogue Australia ﻿and more! 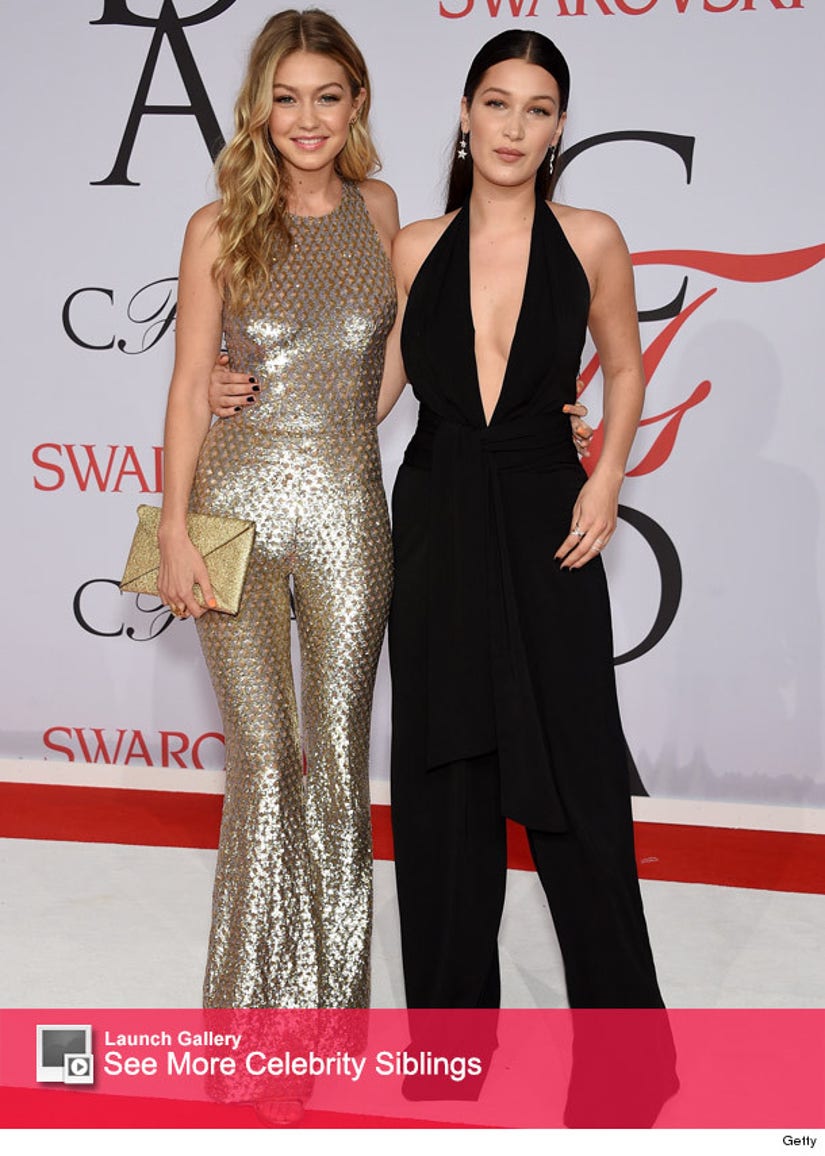 She recently opened up about being compared to her model sibling. While Yolanda Foster's daughters may look strikingly similar, Bella is adamant that the two share very different personalities.

"We're very similar - we even have the same voice - but my whole life she's been the one with the good grades," she told Vogue Australia. "She's beautiful, smart and funny, and I've always been the one who kind of rebels."

Bella, who referred to herself as the "the black sheep of the family," even confessed to changing her outward appearance to set herself apart. "I just wanted to show people that we're different. I even dyed my hair brown," she added.

Bella famously was arrested in 2014 for a DUI after driving through a stop sign. With that behind her, she is currently pursuing a photography degree at Parsons The New School For Design in New York.