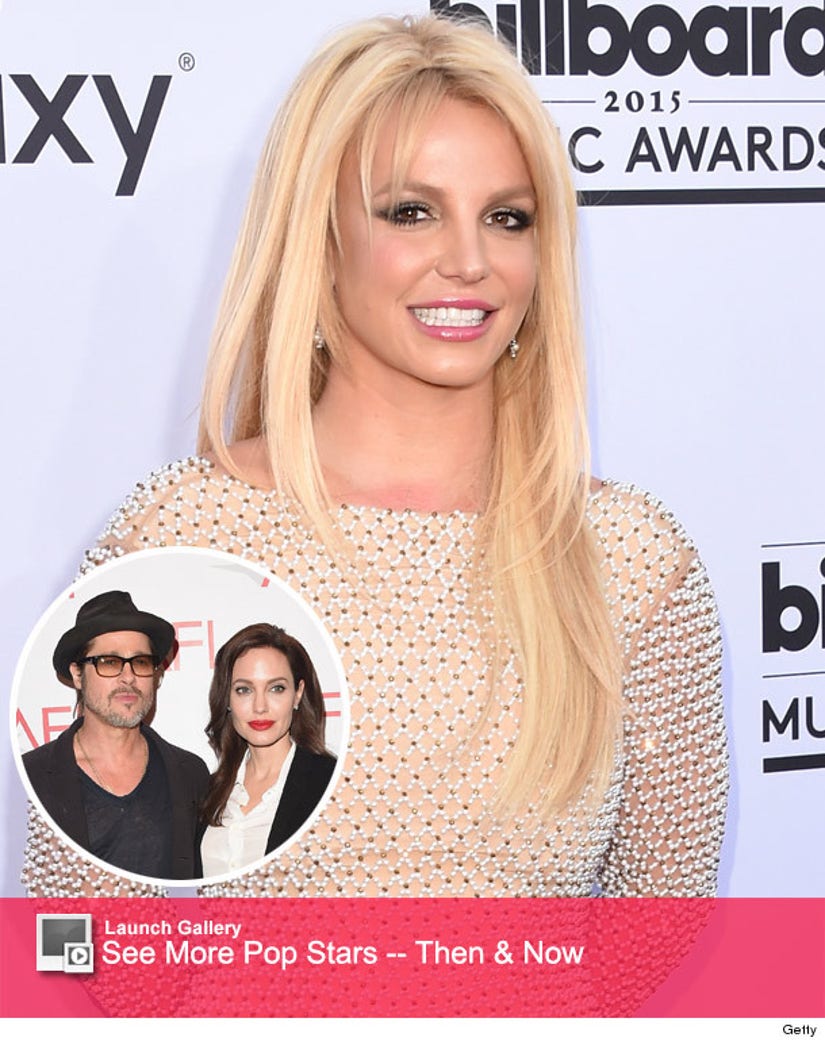 Does Britney Spears have her eye on a new career?

The "Pretty Girls" singer revealed that if she wasn't a pop star, she would love to take care of kids -- but not just anyone's children, Angelina Jolie and Brad Pitt's brood!

"I've met Brad Pitt once, but I'd like to meet the [family] again, and I'd like to become their nanny," the 33-year-old revealed on ITV's "Good Morning Britain."

Host Ross King pointed out that the mom-of-two might have a difficult time, considering the famous duo have six kids together. "Now, that's a bit of a full time job," he replied.

"That sounds fun to me," Spears replied with a laugh.

Following her recent collaboration with Iggy Azalea, Brit Brit also opened up about which artist she's dying to work with next.

"Ludacris, Gwen Stefani, Shania Twain, Celine Dion," she said, before adding that she would "have to get some balls" before asking any of them to work with her.

This isn't the first time the princess of pop has gotten a little silly in an interview. Last week she revealed she loves to paint topless while listening to Mariah Carey!

What do you think of the singer's latest revelations? Sound off below then click "Launch Gallery" for more pop stars then and now!