Kendra Wilkinson is getting pushed to her breaking point over Hank Baskett's alleged affair.

A shocking audio recording purporting to be between the football star and his transgender mistress hit the Internet while Kendra and Hank were filming "Marriage Boot Camp: Reality Stars" -- and it set the former "Girls Next Door" star on a rampage.

In a sneak peek from tonight's episode, we see Kendra's reaction to the audio, where Hank asks his alleged mistress if her roommate took photos of them together and pleads for her to keep the story private.

"It's a 5 minute recording Hank. 5 minutes. If I for once believe that you did this, it's over," Wilkinson screams at her husband after finding out about the tape. "Asking if the roommate took a photo of what you guys have done?! F**k you!" 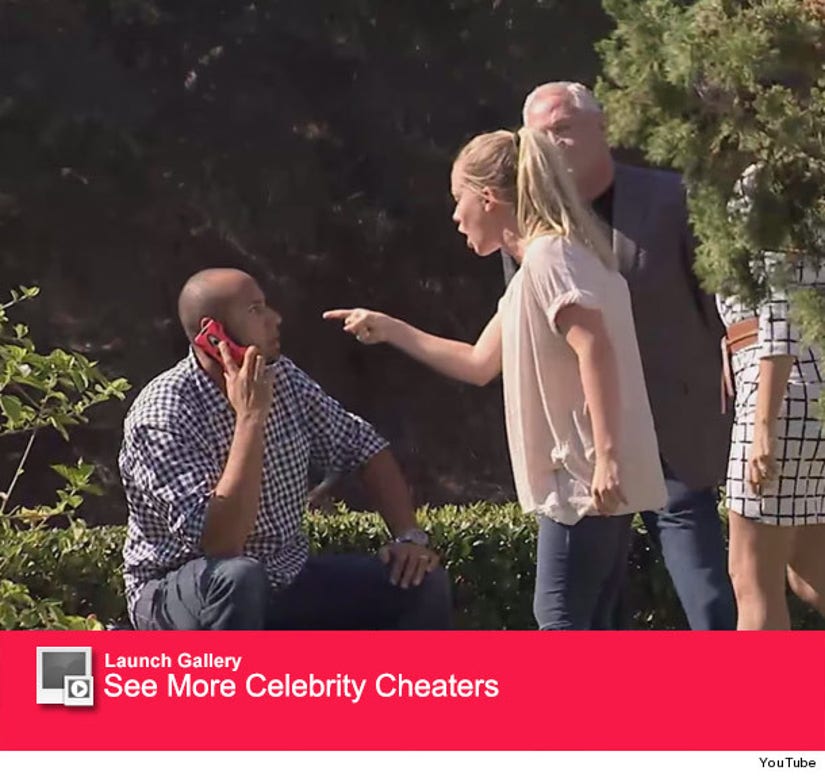 Her anger only escalates the more she thinks about it.

"You sick, twisted assh**e," she then shouts. "I'm not strong enough to face this recording."

Jim and Elizabeth Carroll try to mediate the situation, but it doesn't help a whole lot, as Kendra starts to break down.

"You have today to prove to me that you did not cheat on me. you have today," she screams at Hank, before the clip ends.

Up until now, Hank hasn't told his full side of the story about what did or didn't happen between him and the woman in question. Do you think this might be the tipping point to get him to tell his wife what really went down?