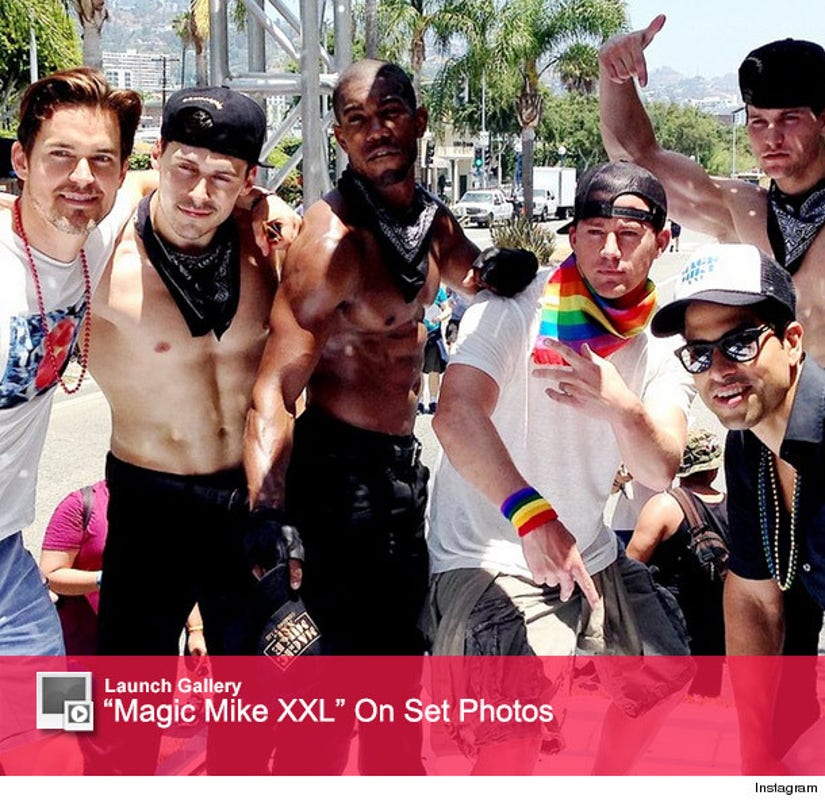 From the big screen to the parade route!

"Magic Mike XXL" stars Channing Tatum, Matt Bomer and Adam Rodriguez and a slew of HOT shirtless men brought the film to life at the L.A. Pride parade on Sunday -- by gyrating their sexy physiques on a float for the flick!

toofab was front and center for the festivities -- check out some of the sweet dancing below:

While we missed Channing and his crew, lucky for us, fans shared a ton of photos and videos on Instagram.

Tatum also posted a pic with her hunky costars, writing, "I'M ON A FLOAT! Celebrated #LAPRIDE45 today with the #MagicMikeXXL crew."

The hunky leading man sported a rainbow bandana over a white T-shirt, paired with olive cargo shorts and a baseball cap worn backwards as he and the guys moved to Ginuwine's "Pony."

Check out the clip below to see the boys in action:

In the sequel, the original "Magic Mike" men prove that they still have all the magic.

The boys hit the road for a stripper convention in Myrtle Beach, S.C., where they come up with some new moves to keep up with the fierce competition. Watch the trailer below -- you won't be disappointed.